Creating a Stable Internet Infrastructure for Africa with NOIA Network 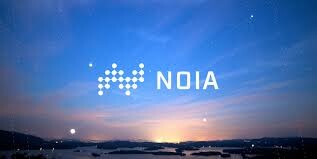 The internet has transcended the initial purpose it was created for and today, it can now be found in almost every household and country in the world. However, despite its availability, internet usage is strangely limited to a select few. For instance, according to reports, China, India and the USA occupy the top three users of the internet respectively with Nigeria and Egypt (the only African countries on the list) coming behind in the 6th and 20th position respectively. Considering the fact that the world has gone digital, a lot of Africans still have to face the daunting hurdle of internet connectivity. This is why the NOIA Network presents a wide range of opportunities for the African internet infrastructure. This means that a lot of new crypto projects coming up in Africa will be able to leverage NOIA's solution and create a better economical world for Africa. By using the NOIA Network, African projects can scale data processing and also have a more secure way of keeping data.

NOIA Network has been tagged the programmable internet and this is a justifying title. The project was started in 2017 and has its headquarters in the San Francisco Bay area. The NOIA Programmable Internet provides a decentralized pathway for internet connectivity. It enables a wide range of connectivity to a distributed ledger from individual infrastructure providers, ISPs and Data Centres. Equally, NOIA enables the sale of infrastructure as internet transit. There is a lapse in the current internet infrastructure making it inefficient and insecure. Tech companies such as Google are working to ensure that consumer needs are met despite these efforts; businesses lose billions of dollars yearly due to issues within the internet infrastructure. However, Big Tech companies build private networks that are usually extremely expensive and thus available to a select few making it difficult for small businesses to access.

To ensure the success of a decentralized internet connection, NOIA utilises two components, the Network and the Routing Technology (SDN). The network is the highway on which your traffic runs while the SDN governs the intelligent element and determines the rules. This means the NOIA system takes your internet traffic from one point to the other utilizing the most efficient and fast path. Once regular internet users are able to access NOIA Network, they can use it on any device like a VPN a single click is all it takes to connect and access the network. The network will speed up your internet connection up to 10X automatically taking your traffic through the lowest latency path, unlike the current network we are used to.

Where is Africa in the Scheme of Things?

When it comes to internet speed, Africa happens to be lower on the ladder compared to the rest of the world. Out of 30 countries with the slowest internet connections, 17 are located in Africa; Asia has 7 countries, 6 South America countries and 1 in Oceania. When it comes to data speed, Madagascar has the fastest in Africa. It is ranked 33rd in the world clocking in at an average speed of 22.57Mbps. While these statistics are worrying, it doesn’t mean that Africans are laid back and do not care about the state of things where the internet is concerned. On the contrary, the quality of internet infrastructure across the continent has greatly improved as governments across the continent ensure that the quality is improved.

So, what then is the cause of slow internet speed? Every time you try to log into a website, download a video online or stream on Netflix and it takes forever to load, rather than putting the blame totally on the African internet infrastructure, you may want to look towards the fact these websites are reaching you from across the continent. While it is true that data travels fast, there are a lot of underground works to it. For instance, when you click on a website, a request is sent via your device to a server that hosts the web page and the data you need is sent back to you. You may experience Latency depending on the distance of the server which could be tens of thousands of kilometres away.

Most internet giants like Google or Amazon do not have their data centres in Africa such that despite an improvement in the internet infrastructure, there is still a lag in internet connectivity. Also, digital content quality such as VR and AR has grown tremendously and the current internet infrastructures incapable of dealing with the changes hence the occasional gridlock. The internet is moving away from IPv4 to 1Pv6. Just in case you are wondering why? It’s simple. The world is running out of IP addresses. The Internet Protocol version 4 (IPv4) which happens to be the fourth version of the Internet Protocol (IP) uses 32 bits. Its original IP Layer was initially separated in the version 3 of the TCP for and could only provide about 4.3 billion unique addresses. However, with the continuous growth of the internet, we have run out of space, hence the need to migrate to IPv6. To maximise the use of the IPv6, NOIA, as the programmable internet will be able to direct packet data with speed to their designated routers.

So what can NOIA do to improve the Internet situation? In simple terms, NOIA Network is a programmable internet. What this means is that NOIA is solving the routing issues plaguing the internet by choosing the best and less crowded pathway for data flow and transfer. With the combination of a Software Defined Network (SDN), the Internet Protocol V6 (IPV6) and Segment Routing (SR), NOIA is building a programmable internet. This means that there will be a faster and more efficient data delivery method that will also be cost-efficient.

The ultimate NOIA solution aims to utilise standardised protocols and program the network to give access to all available Internet routers. NOIA will use the latest version Internet Protocol (IP) IPv6 that enables the expansion of packet size and addition of custom header information. The network will also utilise segment routing, a protocol that allows routers to communicate with routing information in packet headers. The network also utilises SRv6 which enables the network program packet data. And to enable the fast and flexible flow of data, a Software Defined Network will be used to send data through less congested paths and increase performance.

NOIA is not creating a totally new solution. Instead, it is building on existing infrastructure and working to make it easier and faster. A solution such as the NOIA Network will do Africa a lot of good. Cutting down the cost of internet connectivity as well as downtime spent every time there is a connectivity issue. However, with NOIA more businesses can move online and create a digital market that will enable the faster transfer of goods and service as well as money within Africa.