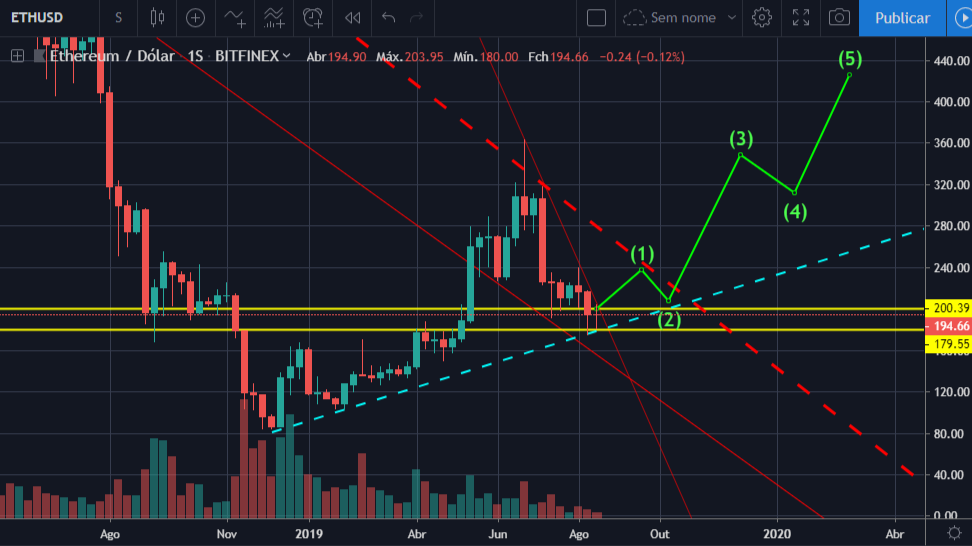 Since the beginning of the year ETH has been experiencing a significant price increase, with the last two months being a corrective wave after peaking at around $ 350.

At the moment, the price has been trying to break through an established resistance of around $ 200 that may be critical, thus marking a possible new wave of appreciation that may take the price above the previously observed peak in the long run.

Now we move on to the graphical analysis that will show us the current market position and later elaborate what might happen to the price in the coming weeks. 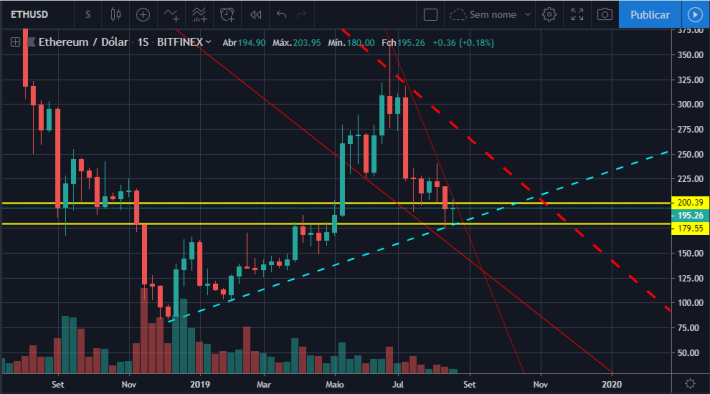 From a first analysis you can see long-term support traced in blue from the first push at the beginning of the year that has just been respected by the weekly chart and a resistance (red dotted line) based on the daily chart that may indicate futures. resistance points. After that it is possible to draw a triangle from the moment it entered the corrective wave and by stipulating strong supports / resistances fibonacci. It is possible to take a resistance of around $ 179 and claim that the price cannot fall below $ 168, because if it did it would be entering below the peak of the first impulse wave, which would invalidate Elliot's wave count. 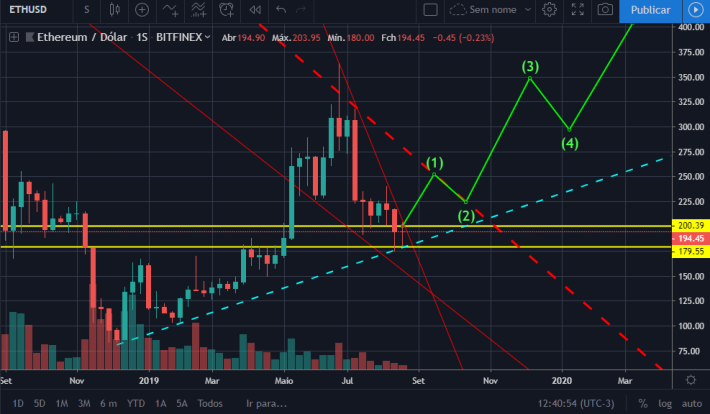 As a result, as the price breaks the resistance at around $ 200, the price tends to rise, retesting the resistance of $ 200 that now becomes support and then catch a wave that will take the next price. the $ 350 noted earlier. The next levels to test for fibonacci if this is the beginning of an impulse are 245, 286, 322, and 354.

Based on this analysis, it is possible to identify that we are entering a critical point that will lead us to a possible wave of appreciation and this is possibly the last moment you can buy Ethereum under $ 200. You can find another amazing article about it by clicking here. To conclude, it seems that at the end of this wave 5 the price may pick up between $ 460 and $ 500 until then the strong corrective wave to finish the cycle.