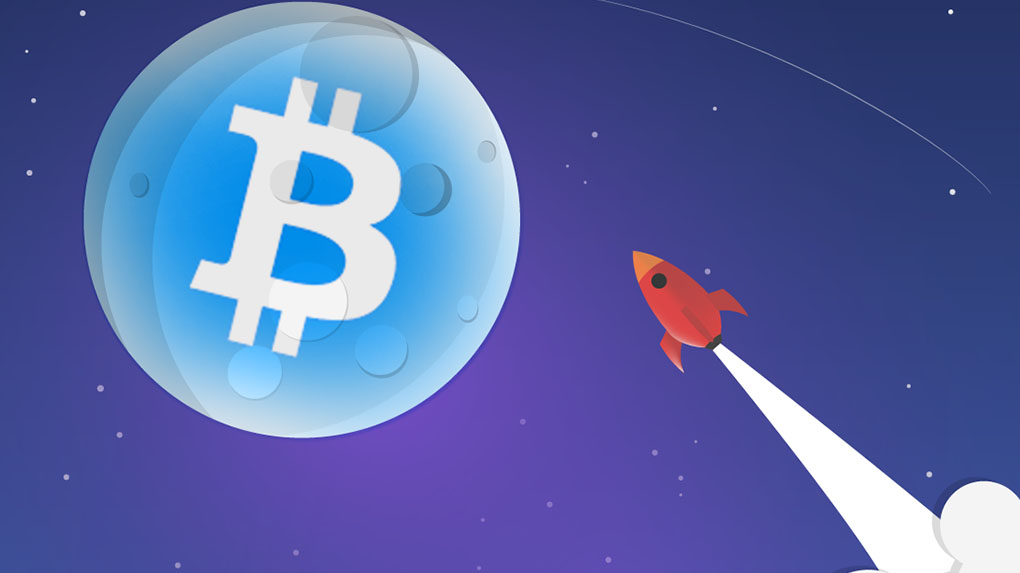 Bitcoin technical and price analysis - the end of the consolidation process.

Bitcoin has been going on for more than two months in a triangular lateralization that kept the price in the $ 10,000 range, this lateralization is nearing its end and many analysts predict different dates for the end of this process. In this article I intend to show my analysis based on Elliot's wave theory, Fibonacci projections, and some fundamentalism to support my theory; With that I will show possibilities back from the uptrend and the possible peaks where the price may reach. 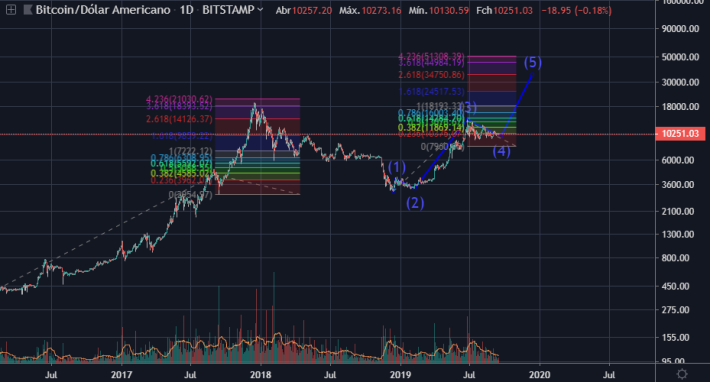 If you follow my articles on the bitcoin situation you know that by my count we are now on a corrective wave 4 of bitcoin, so we will now enter wave 5 of the lower grade (meaning we are at the beginning of the bull run and the price will reach much higher highs by the end of 2021), paralleling other 5 waves in the past of the chart we have it ends close to 3,618 - I took as an example the higher grade wave of the past bull run to use as an example, but that if it checks on almost every 5th wave - so the final price bitcoin reaches by the end of this year is close to $ 32,000 or more. 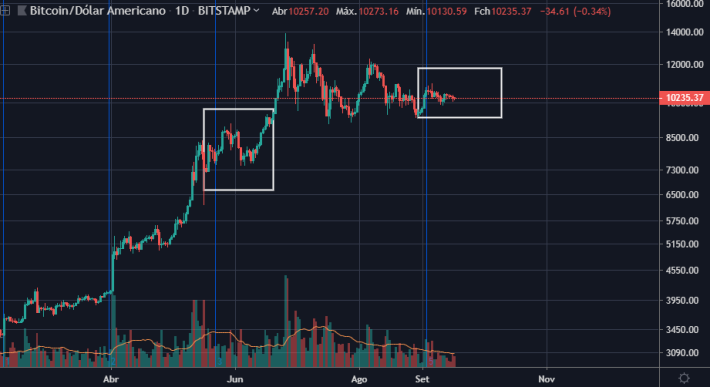 On the daily chart of bitcoin you can see, by fibo, two points where a big movement in the market should happen, the first one on May 20th ended up becoming a bull trap, returning the uptrend only 20 days later. This second on September 3 ended up giving the same result (although expected), so throwing 20 days into this equation we dropped that the possible turn of the trend arrives on September 23 which coincides with the launch of Exchange BAKKT (its importance will be explained later in the article). 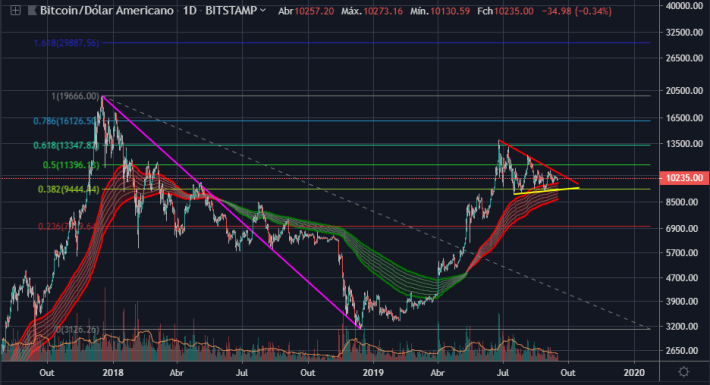 Plotting a fibonacci retraction from the end of the bull run and placing two moving averages (100 and 200 periods) we can see that the price has already fallen within the triangle (which is not developing as a technical triangle, giving us room to believe that will break down) in the .382 zone and the moving average is supporting the price, again indicating that there will be a continuation in the uptrend, with .786 being the next resistance zone to be tested by bitcoin. 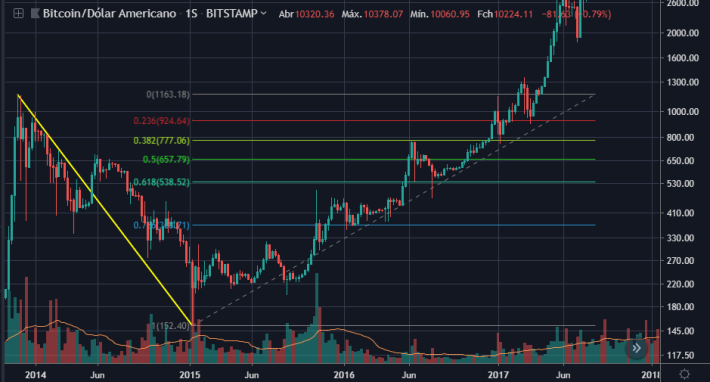 Nevertheless, it is still valid to imagine that bitcoin can repeat the process done in the 2016 bull run by testing fibo point 0.618 and being pulled back by the bulls. This, at present times would indicate that the bitcoin drops to close to 9,400. 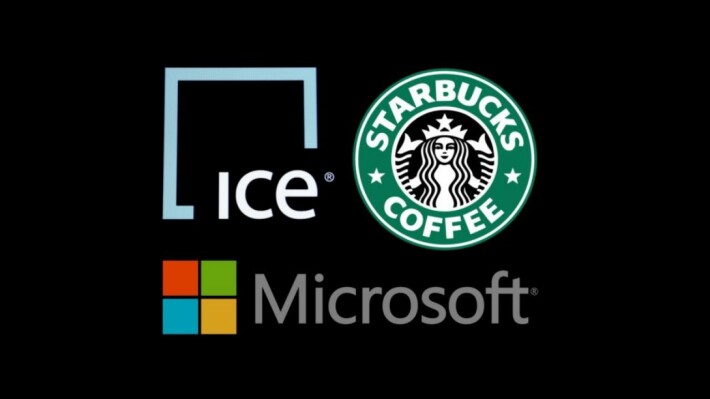 Fundamentalist analysts are betting their hopes on bitcoin on the BAKKT exchange that will be released on September 23rd (coincides with my time forecast for trend return). Bakkt is designed to enable consumers and institutions to buy, sell, store and spend cryptocurrencies, the key differentiator of exchange is the partnerships and credibility it has. This will bring institutional investors in the market with enough capital to leverage the price and perhaps get us out of this limbo that we are now. I believe you already know the project so I won't go into deeper detail about this article. 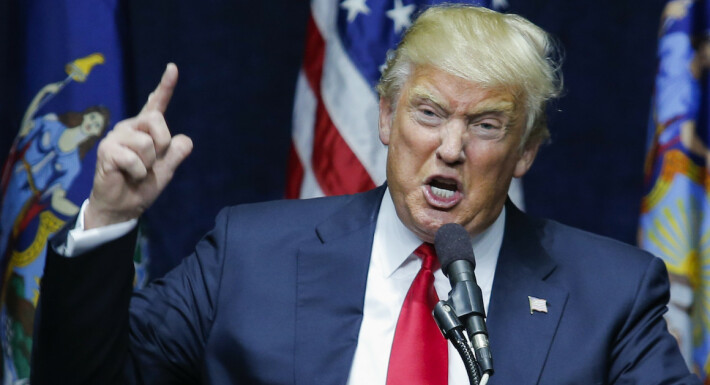 On September 17 and 18, the US central bank will decide whether the base interest rate will be maintained or changed. If interest rates fall, this can have a negative effect on investors, as they seek out higher yielding assets and, as we know, bitcoin is about to start another boost that will bring nearly 200% by the beginning of the next year (you can read about in more detail by going to the federal reserve).

With all these indications, we can expect a new high for bitcoin soon, with confirmation from both the fundamentalist side through the new interest rate policy and the launch of BAKKT and from the graphical and mathematical side with fibonacci-based price and time projections. . I hope you enjoyed my analysis, any questions or disagreements comment here to take this discussion further. :D