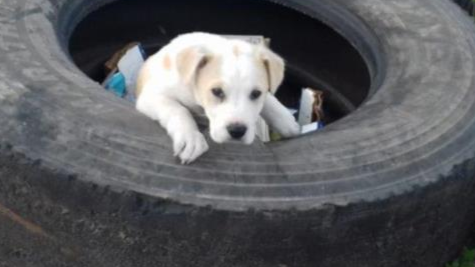 A Bitfinex Whale Claims Their Short

For most of 2019, the total short margin on Bitfinex was at or above 20,000 BTC (roughly US$200 million at current Bitcoin prices), according to Bitfinex stat tracker Datamish. But in May it saw the first of three instantaneous steep drops. That first drop took total short volume below 20,000 BTC.

Total short volume subsequently climbed again, to more than 30,000 BTC, but then two subsequent drops in early July pulled it briefly down below 5,000 BTC— lower than it had been in well over a year.

All three drops were nearly instantaneous, suggesting the actions of a single player or a very small, coordinated group. And since they weren’t preceded by dramatic price movements, the drops suggest that the trader or traders in question intentionally “claimed” their position, intentionally closing it and paying off whatever losses they may have had (or being paid out any gains).

Although at a glance this might look like a bullish trend, the trader(s) in question don’t seem to have moved their money into a long position. Bitfinex BTC longs are up — they had a total margin of just under 20,000 BTC as of July 1; that has since climbed to well over 27,000 BTC. But that climb has been more gradual, and the increase of less than 10,000 BTC in total margin long certainly doesn’t make up for the roughly 25,000 BTC that appears to have been claimed from shorts.

It’s also worth noting that all of the drops in shorts were followed within 24 hours by a notable drop in Bitcoin’s market price, although all of these price drops were also partially or entirely reversed within a few days of the initial drop.

If the drops in total short volume were the actions of a few big whales, they haven’t returned to their short positions in the months since. Since early July, the total short volume has risen slightly, but it hasn’t come anywhere close to where it was previously — in fact, it hasn’t even been above 15,000 BTC since that second drop.

It’s also worth noting that this big swing took place over in July, August, and September to date — a time period during which Bitcoin’s actual market price hasn’t changed tremendously.

s of this writing, at current prices, Bitfinex traders have bet nearly US$300 million (total margin) on Bitcoin long, whereas less than US$130 million is currently bet against it (total short margin).

Of course, Bitfinex is just one of many options available to traders interested in shorting the Bitcoin market, so these numbers aren’t necessarily representative of broader market sentiment. Other markets are tougher to track because they don’t publicly report trade margins, but according to Blockchain Whispers, shorts are also significantly outnumbered by longs on BitMEX at the moment, with over $100 million more currently bet on Bitcoin long.

BitMEX and Bitfinex are among the largest platforms for this sort of this sort of Bitcoin trading, so if the numbers are accurate, there’s a measurable preference for betting long on Bitcoin at the moment, even if the whale or whales that claimed their Bitfinex shorts don’t appear to have moved their money into long positions. Combining data from both platforms, Bitcoin traders currently have almost US$700 million on Bitcoin long, and just over US$400 million on Bitcoin short.