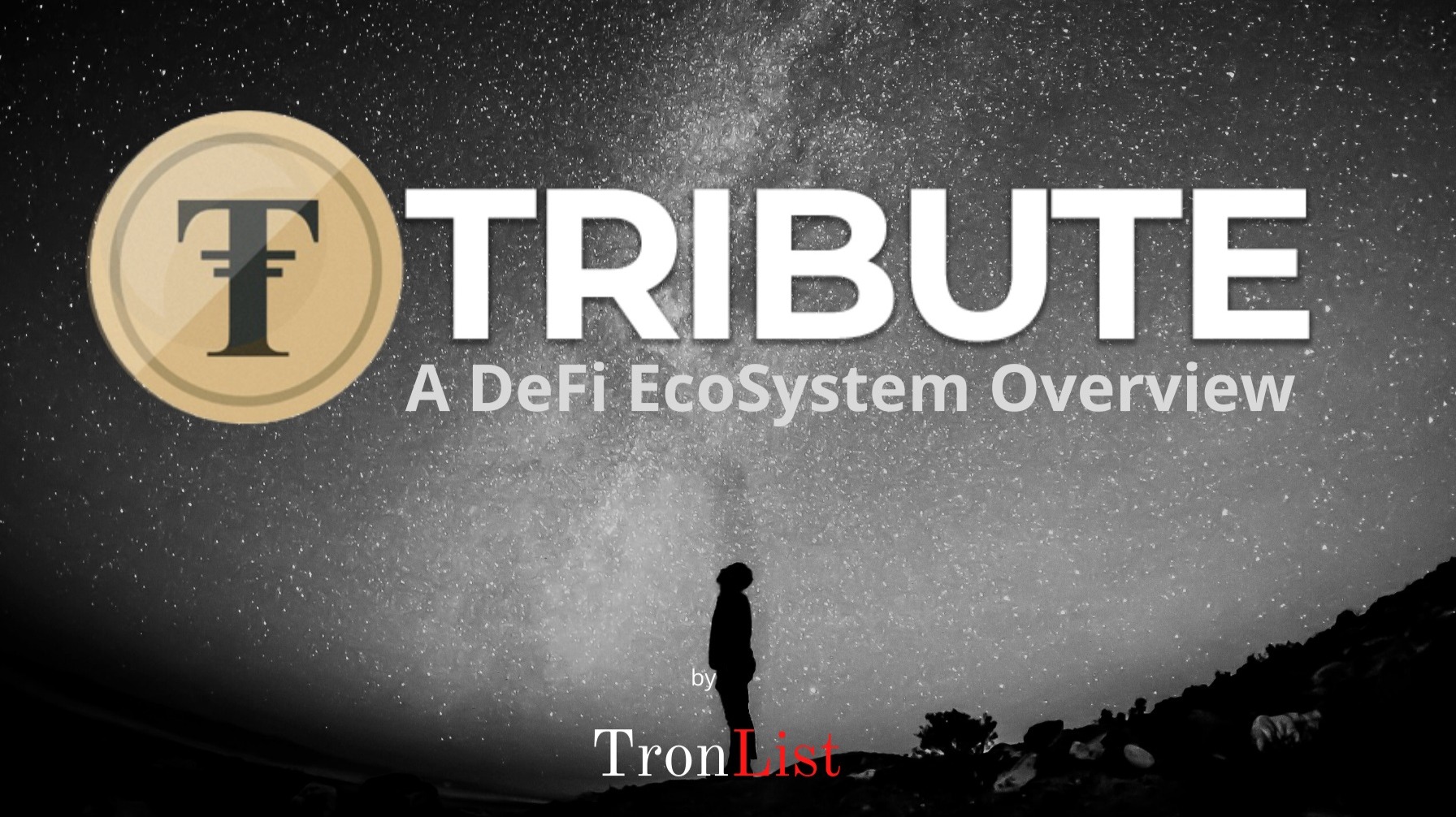 In today’s article we will introduce you to TRIBUTE – one of the newest and most promising DeFi Ecosystems on the Ethereum blockchain. What is the concept of Tribute? What DApp’s have been released in their ecosystem? How to get started with Tribute? We have all the answers to your questions and much more.

What is Tribute and the concept behind it?

Inspired by the SHUF smart contract – Tribute is a new DeFi ecosystem that focuses on community empowerment and game theory analysis. As part of Tribute’s community you will be able to shape how the project evolves and also be involved in the study of the interplay between Tribute’s token and DApps and their role in the grand DeFi space.

In the core of Tribute – a dichotomous mechanism makes sure to find a balance between short and long-term engagement in the project. The platforms token – TRBT is a deflationary and self-cycling cryptocurrency token on the Ethereum blockchain. It will be integrated with Tribute’s pioneering liquidity distribution system called Proof of Decentralized Liquidity (PoDL).

PoDL’s idea is an expansion to the currently used Proof of Liquidity (PoL) method. What does that mean? Well basically the access to the initial liquidity tokens is not removed by burning them, but by randomly granting access via a custom DApp to the Tribute’s community. It will take 100 days for all of the initial liquidity to be in the control of the users – this will make Tribute a DAO – a decentralized autonomous organization.

Furthermore Tribute aims to provide Traders with a great incentive to hold the TRBT tokens, whereas the overall economy behind Tribute incentivizes a constant flux of token trading and DApp interaction.

Let’s take a look at the tokenomics of Tribute’s token TRBT:

What DApps have been released in Tribute’s Ecosystem so far?

Currently there are 3 DApps that will be launched on Tribute’s Ecosystem:

conTRIBUTE’s design allows the synergistic reward distribution between TRIBUTE holders and users. The concept of a conventional staking hourglass contract was used as the basis for conTRIBUTE. However, the original hourglass dapp-structure was modified to make it non-zero-sum.

The 75,000 TRBT will be periodically injected into conTRIBUTE as direct dividends to all the users staking their TRBT within the dapp. Therefore, any holders entering the DApp are guaranteed to receive a total value of 67,500 TRBT distributed between them proportionally at the very least, taking into account the 7,500 TRBT that will be burned and reward dropped from the total amount upon transfers.

All transfers in and out of the DApp will not be subject to the 5% burn or the 5% reward drop, meaning there will be no transfer fee as is typically associated with all other transfers of TRBT. The DApp contains no developer fee. All funds are 100% distributed to players.

With it’s innovative concept – ENFORCED TRIBUTE is designed in a way to enforce the burns and rewards of TRBT numerous times per day. A smart contract was built which can be seeded only with TRBT tokens. The tokens within this contract can never be withdrawn nor sold.

This contract intercommunication will continue until the ENFORCED TRIBUTE smart contract runs out of TRBT completely, meaning the initial seed of 75,000 TRBT will be completely used for token burns and rewards to TRIBUTE users.

ENFORCED TRIBUTE is a powerful driving force made to induce a greater effect of demand for TRBT by ensuring the supply becomes even more scarce on a regular basis.

Until now, many projects have spoken about transferring control of their project into the hands of their community, yet it has never been done to the efficacy that many desire. TRIBUTE TO LIQUIDITY is designed to achieve this goal and potentially shape how token holders have control over their token liquidity.

TRIBUTE To LIQUIDITY implements the PoDL system by rewarding its users through a lottery system. Players purchase tickets with TRBT, with each ticket increasing their chances of winning the raffle.

Providing liquidity tokens directly to TRIBUTE users enables control to be passed directly to the participants as the project flourishes. This form of locking liquidity enables the users to have greater control over the behavior of TRBT and its price.

Over a period of approximately 100 days, the entire liquidity token supply associated with the TRBT/ETH pair on Uniswap will be fully distributed. This unique approach strengthens the community’s influence in the project’s success in the long-term and is an improvement to the conventional liquidity locking in the form of direct burning from the team after listing.

How to get started with Tribute?

All you need to get started with Tribute is an Ethereum wallet like MetaMask. After you set it up you will be able to go to UniSwap and buy their TRBT tokens from there:
https://app.uniswap.org/#/swap?outputCurrency=0x7031ab87dcc46818806ec07af46fa8c2ad2a2bfc

Tribute offers an unique DeFi experience to everyone who would like to join the project. Everyone can become part of the organization and influence it’s future development. With it’s pioneering distribution system Proof of Decentralized Liquidity (PoDL), the thoroughly thought tokenomics and the experience of the developers are certainly three of the many facts why this project might turn to be one of the biggest pretty soon. Thank you for checking out our article and let us know what you think about Tribute in the comments.

PS Remember to always do your own research before investing anywhere.