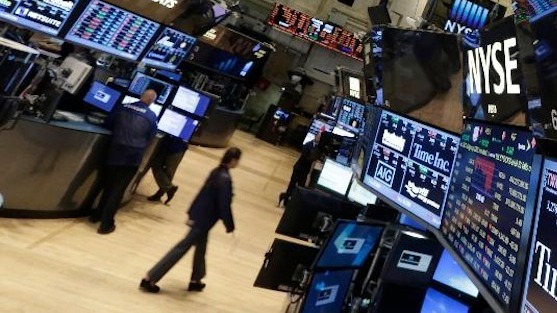 The investment criteria of a pandemic

he recent pandemic adventure has taught us that no matter how bad things are, they can always get worse. But at the same time, it is probably up to us to do better. What is certain is that we can not pretend that everything is as before. The sooner we realize that things will not return to where they were, the sooner we will adapt to the new reality.

During the recent crisis, new invisible, complex balances emerged . The most painful conclusion that came out is that we can never be sure of anything. Risks capable of harming us, our family, our property are constantly being exposed. This is true even of seemingly safer investments.

Entire industries are at risk. They may not disappear, but they will shrink. How do we find them? The signs are there. This does not mean that it is obvious to everyone. The problem is who to trust to help you.

The one who falls out of his predictions, you can easily understand that he is irrelevant. The one who falls in though? How are you sure if he played a number in roulette by chance and it came out? We also want luck. It is necessary as much as to degrade it by highlighting the issue of ability, personal skills, know-how. The passengers of the Titanic were healthy. Many of them were smart, beautiful, with a positive aura.

We start the search for what will not change . Which companies or industries have been underestimated, although nothing substantial is going to change in the way they operate. They will continue to meet needs that existed before. Whatever changes are made, there are some constants. People will still need food, clothes, internet.

One thing we can be sure of is that the backbone of economic history is shifting to technologically advanced industries and regions. The more, the more advanced machines, the better trained and more educated people.

But some will change. For example, business travel will be reduced. Once companies and people, albeit necessarily, discover that they can do their job with zoom solutions, they will limit live encounters. This means that all this turnover will shrink. Will it reset? No. There will simply be more travel and expenses for entertainment and less for business. So hotel facilities based on business conferences will be affected. On the contrary, quiet, clean, secluded, small tourist accommodation is likely to see demand increase. If not this year when fear still prevails, but in the long run.

Some predict much higher loss rates, but even a modest 20% can be disastrous. Is the label "catastrophic" too much, if the average turnover of companies falls by 20%? Unfortunately it is not. In any economic university in the world, even the "freshman" learns about the so-called Dead Point (break even point) proves that if a business turnover dropped by one percent or less, usually starts and enters.

If the consumer behavior changes even a little, for example the passengers on cruise ships or planes to reach 80% compared to before, this 20% will be missing, which defines the dividing line between profit and loss. Profit is an essential element . It allows businesses to grow. How to invest when no profits are made? Without profit, so many businesses will close that the Yellow Pages will fit under the door. The machine God of the Central Banks creates coins, not wealth. This is why companies are forced to make drastic cost reductions, starting with layoffs.

The other perspective is on what needs to change. Which companies have a strong need to adapt. And if they can do it quickly. The human factor plays a big role here . Is the administration capable of overcoming the barrier or even better of taking advantage of the weakness of competition? Was it found at this juncture with cash or is it full of warehouses with goods that will leave much later than expected?

Companies in order to achieve maximum efficiency, had focused on specialization and abandoned flexibility . The tactic worked well in the pre-pandemic era. Now from an advantage it became a disadvantage. They need to redesign their strategy.

The fact that the price of a company has dropped a lot, compared to the stock market price it had a few months ago, does not reveal anything. It is a very simplistic approach to claim that it is an opportunity. It may simply go bankrupt. But you can really find opportunities, because it is a common phenomenon for the whole industry to decline. However, this does not mean that the whole industry is following the same badly.

In recent years, the objective financial data have weighed more on the stocks than the psychological ones. This is why mild fluctuations prevailed. But now the scales are closing in on the subjective future estimates that are characterized by many unpredictable factors.

For the future, all one can do is give a vague sketch. Those who claim that they can predict it with confidence are no different from astrologers. Nevertheless, it is an interesting spiritual exercise. None of us could survive if he did not devote a significant portion of his time to making assumptions about the future.

In fact, there is no future. There are futures, plural. At any given time there are some possible and others unlikely. Among them there are some preferred ones. In case you enjoy what is offered to you generously or you pay the price.

* Grayscale , the most popular Bitcoin fund trading on Wall Street, will run ads this week for the first time on a national network (in the US). The promotional video will be watched by millions of viewers on CNBC, MSNBC, Fox and Fox Business. Bitcoin reaches people's homes, through major television networks more mature than ever. At a time when there is a lot of talk and concern about the uncontrolled printing of Central Banks and people are looking for safe haven for their assets.

* Chainlink (LINK) shows an impressive course , as we see in the following daily chart, where within a month it has more than tripled its value. The company behind the cryptocurrency is engaged in retrieving data from applications or data centers that are outside the blockchain and integrates them into the blockchain so that they can be utilized.