Top Things You Should Know About bZx Protocol (BZRX)
$2000 Bitcoin Giveaway - Enter HERE! Trade all pairs with up to 100x leverage & ZERO FEES and win free BTC at CEX.io! [Ad] 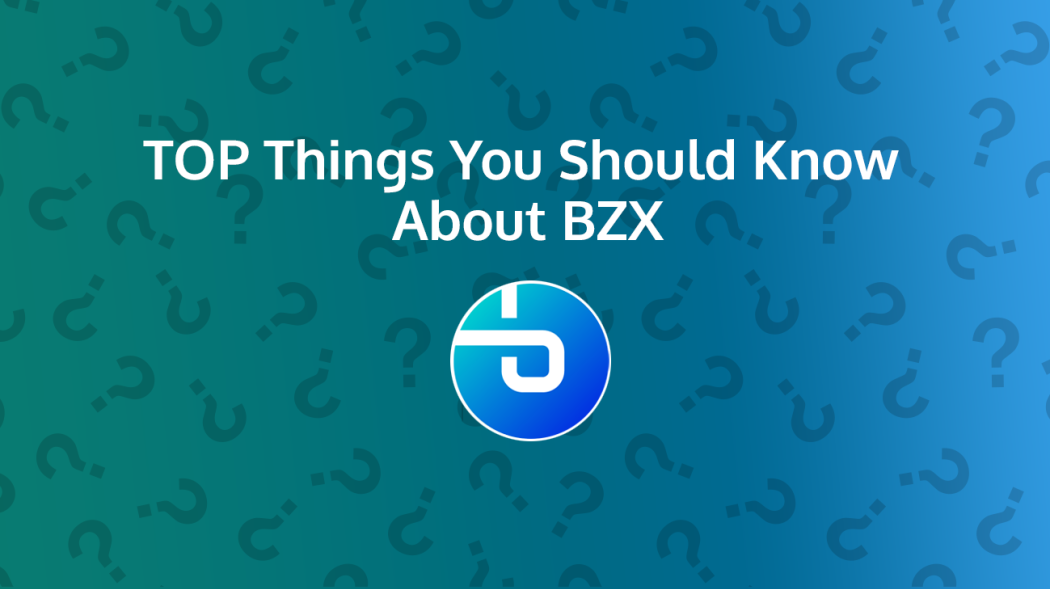 Top Things You Should Know About bZx Protocol (BZRX)

Hey guys :) I’m back with another comprehensive Q&A piece, this time for the innovative decentralized lending, borrowing, and trading protocol – bZx Protocol (BZRX).

bZx Protocol is a powerful open finance protocol that empowers lenders, borrowers, and traders with a flexible decentralized finance protocol on Ethereum. bZx is currently ranked #30 in terms of locked USD value out of all DeFi projects on DeFi Pulse but the project is beginning to show signs of strength and growth.

Now, before we dive in, the following piece is similar to my latest articles on Ampleforth (AMPL), Balancer (BAL), and Compound (COMP), so if you haven’t already seen those, be sure to check them out as well.

1. What is bZx Protocol?

bZx Protocol, or just ‘bZx’ for short, is an Ethereum DeFi (decentralized finance) protocol for lending, borrowing, and trading with margin and leverage. The protocol enables developers to build DeFi applications that empower lenders, borrowers, and traders.

In the cryptocurrency space, margin trading or trading with borrowed money has mainly been limited to centralized exchanges.

This poses to be a problem for a trader’s or lender’s funds because centralized exchanges are vulnerable to hacks, regulatory uncertainty, and mismanagement. Not only that, it just doesn’t make much sense to trade decentralized assets in a centralized way.

1. Minimized Risk
Whether you’re a lender or borrower, you always stay in control of your funds by being the sole holder of your keys. You never have to worry about your funds being hacked on a centralized exchange and bZx has been audited by ZK Labs.

2. Passive Income
bZx Protocol enables crypto holders to put their idle crypto assets to work by lending them out through margin loans and earning interest that’s often much higher than traditional loans while being far safer.

2. Who and When Created bZx Protocol? 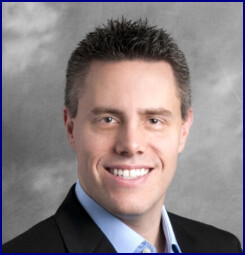 bZx Protocol was founded in August 2017 by Tom Bean and Kyle J Kistner after several months of brainstorming and exploratory efforts.

It then took 5 months of concurrent coding development before the official bZx whitepaper was released in February 2018. And it wasn’t until 2019 that the bZx Protocol really took off with the launch of its first decentralized application (dapp), Fulcrum, in June and its second dapp, Torque, in October.

Getting back to the founders of bZx, Tom Bean serves as the project’s CEO and Kyle Kistner serves as the CVO and Operations Lead.

Prior to founding bZx, Bean worked for Nokia as manager and team lead, and he also worked for the Nokia business, HERE, as the Principle Engineer. Apart from his career, Bean is highly educated and holds an MBA in Information Systems from Georgia State University and a BA in Computer Engineering from Georgia Institute of Technology.

As for bZx’s other founder, Kistner, he went on to co-found bZx shortly after university where he obtained an MA in Computational and Molecular Biology.

All in all, bZx was founded by two highly intelligent and motivated individuals and is also backed by an experienced team of 8 members.

3a. What is BZRX Token Used For? 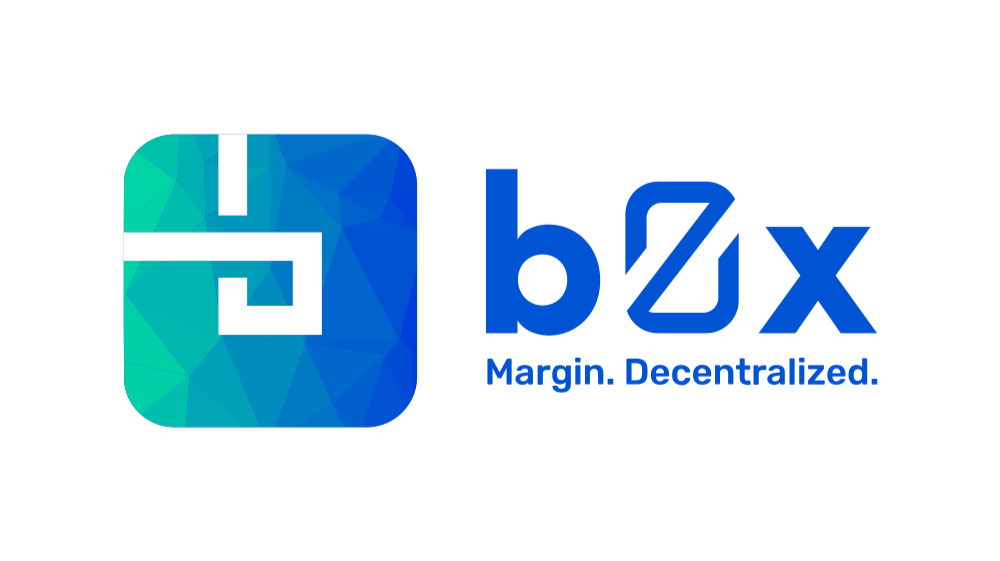 The BZRX token is the native cryptocurrency of the bZx Protocol and it is primarily used in three different ways:

3b. How Does BZRX Capture Value? 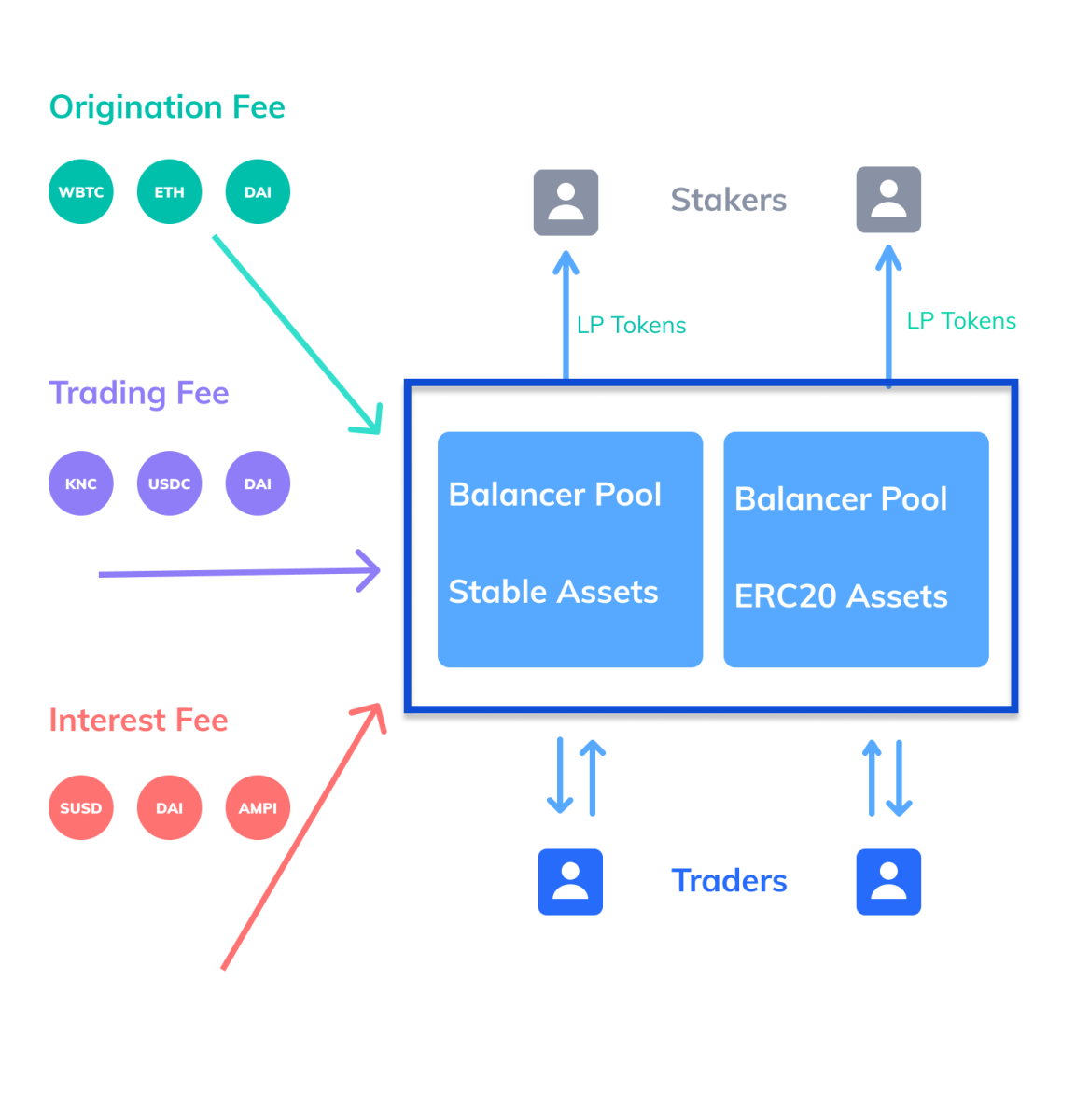 The BZRX token captures value through four different value capture mechanisms when it is staked to a representative.

1. Fee Sharing
When a user stakes BZRX to a representative they are entitled to new fees generated by the protocol. The amount of fees awarded to stakers is proportional to the amount of BZRX is staked and how long it is staked.

2. Balancer Fees
BZRX stakers not only benefit from the fee-sharing mentioned above, but they also earn a share of the fees generated from the Balancer protocol for providing liquidity to Balancer pools.

4. Insurance Fund
Each BZRX token can be redeemed for a proportional amount of the insurance fund not already denominated in BZRX. This gives the BZRX token a fundamental value by being both backed by current assets as well as future cash flows.

3c. Can You Stake BZRX Tokens? 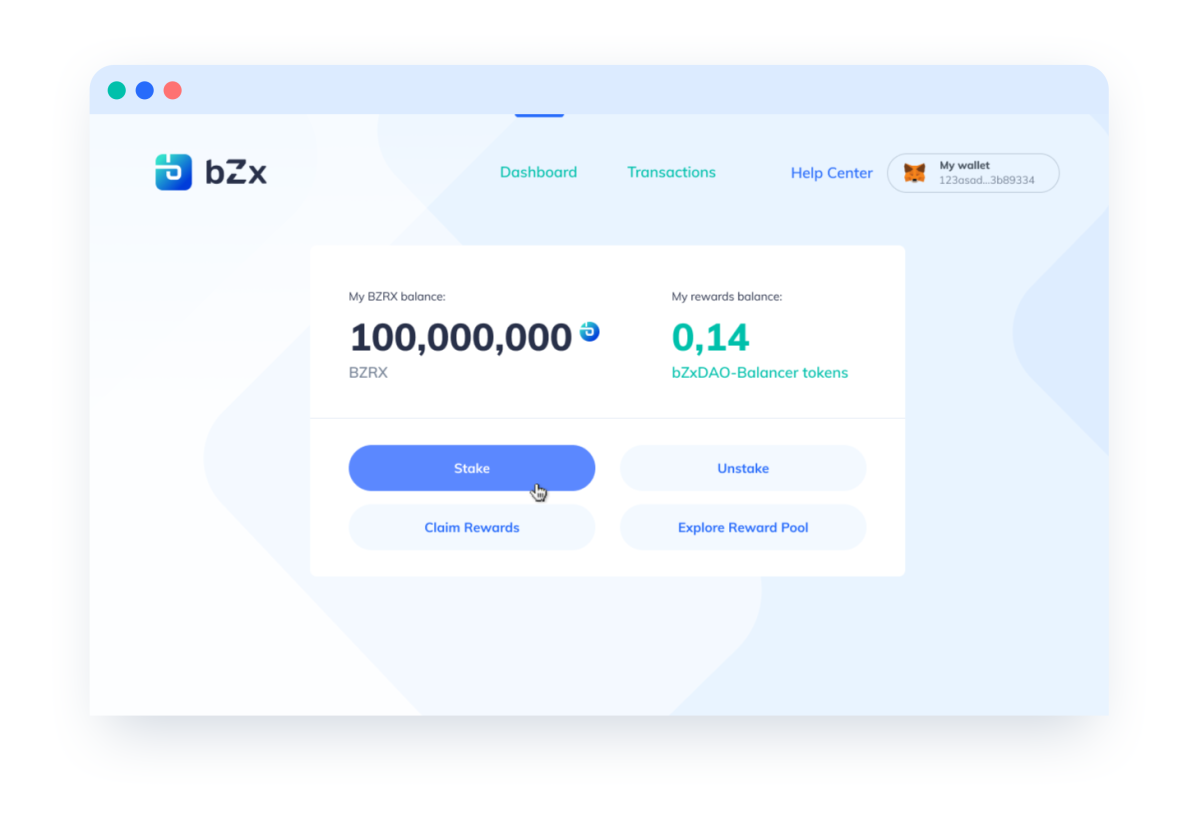 Yes, you can stake BZRX tokens to a representative with the simple click of a button on the bZx Staking Portal. Also, you can just as easily unstake your BZRX tokens and claim your rewards with a single click as well.

When an individual stakes BZRX tokens to a representative, they are entitled to new fees generated by the protocol in proportion to their contribution to the staked supply.

The protocol fees that are generated undergo what’s called a feeSweep() function which sweeps the fees into Balancer pools and mints Balancer LP tokens. These Balancer LP tokens (the staking rewards) can be redeemed at any time for any other asset in the pool. 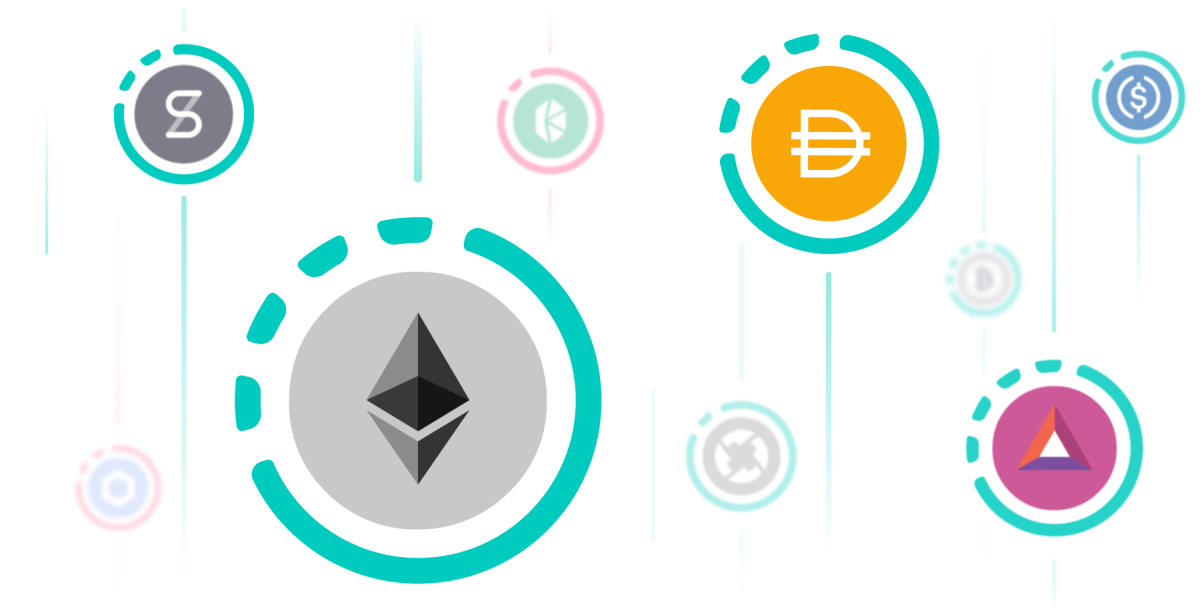 iTokens and pTokens are powerful financial primitives that play an integral role in the bZx Protocol.

They are tokenized representations of value, each with their own traits and functions that enable them to be composed into novel financial products, used as collateral for loans, or listed on any exchanges to instantly enable margin lending and trading.

iTokens
iTokens (ie. iDAI, iUSDC, or iETH, etc.) are interest accumulating tokens. These accumulate value from borrowers who pay interest into them because the underlying assets they represent are loaned out to borrowers. Therefore, iTokens represent a share in a lending pool.

iTokens have the same functionalities like any other ERC-20 token; they can be traded, used as collateral, sent to cold storage, or composed by developers into structured products.

But two notable features of these tokens are 1) they compound each second (as opposed to per block) and 2) their exchange rate is capable of falling if the underlying pool suffers a loss. These features make iTokens well suited for risk management derivatives to be built on top.

pTokens
pTokens are tokens that represent short or leveraged positions. Now, the best way to explain this concept is to provide an example:

If you want 4x long exposure to ETH, on any leverage trading platform you would select 4x under ETH long, click buy, enter the number you want to buy, click buy, and approve the transaction.

In a bZx powered leverage trading platform such as Fulcrum, when you do these steps an ERC-20 pToken representing 4x long ETH exposure (pLETH4x) will be deposited into your wallet.

With these pTokens you can do a number of things; you can sell them on the open market, use them as collateral in secured loans, or redeem them for the underlying asset they represent.

Fulcrum and Torque are two DeFi applications built atop of bZx Protocol. 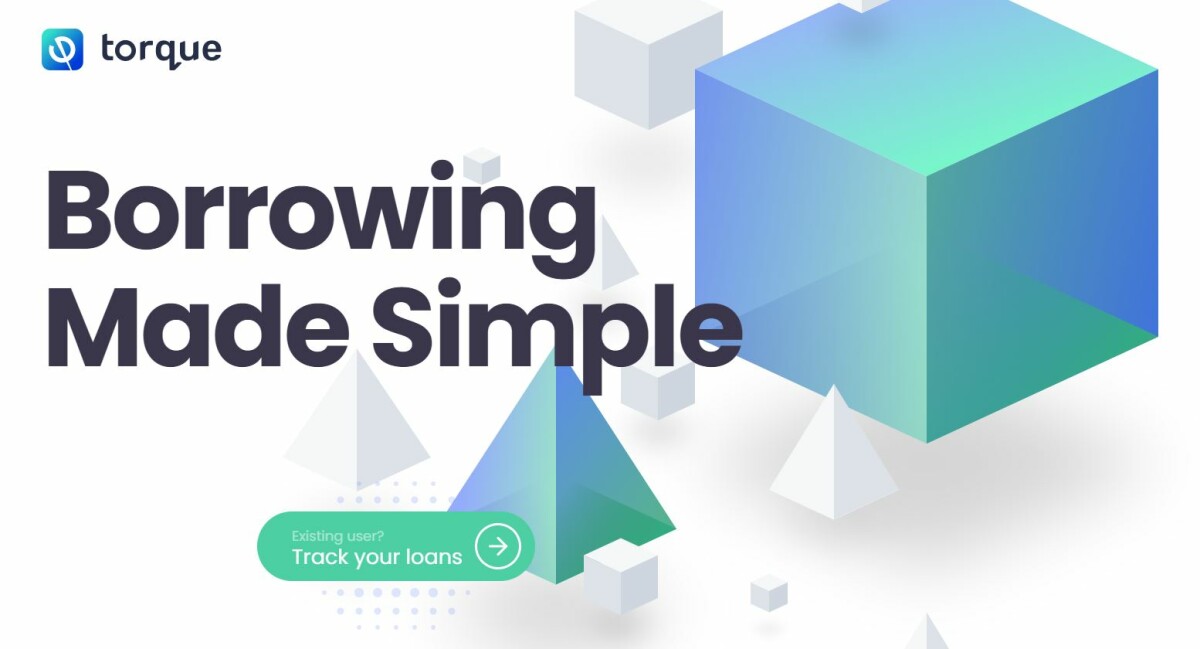 Torque launched in October 2019 and was the first DeFi application powered by bZx Protocol. At the time of launch, Torque was the most powerful decentralized borrowing platform on Ethereum.

Torque is a non-custodial platform for fixed-rate, indefinite-term cryptocurrency loans. With Torque, anyone can get an instant crypto-backed loan with no credit checks. All you need to do to borrow digital assets is simply send collateral to a human-readable ENS domain from any wallet.

Fulcrum launched in June 2019 as a powerful DeFi platform for tokenized lending and margin trading.

Margin trading with Fulcrum has the following benefits:

No KYC - Since Fulcrum is a decentralized margin trading platform, there is no need for any verification, KYC or AML.

Non-Custodial - Whether you’re lending or trading you always maintain control of your private keys with Fulcrum’s decentralized non-custodial solution.

Everything is Tokenized - iTokens and pTokens are used to represent margin loans and margin positions respectively, which further enhance decentralization and security.

Minimal Liquidation Penalties - Positions that become undercollateralized are only liquidated enough to bring margin maintenance from 15% to 25%.

Perpetual Positions - Traders benefit from automatic position renewals and zero rollover fees, which are kind of unheard of on traditional margin trading platforms.

6. Where to Store $BZRX Tokens?

bZx Protocol (BZRX) is a relatively new ERC-20 token residing on top of the public Ethereum blockchain. That said, you can store BZRX in any ERC-20 token supported wallet.

In addition to the above-listed wallets, bZx Protocol (BZRX) can be stored on a wide variety of other reputable wallets supporting ERC-20 tokens.

bZx Protocol (BZRX) can be bought and sold on a peer-to-peer (P2P) basis but the most popular way to buy, sell, or trade bZx Protocol is through decentralized cryptocurrency exchanges (DEXes).

In addition to the exchanges listed above, bZx Protocol (BZRX) is also traded on some other exchanges and platforms that enable people to buy, sell, or trade cryptocurrencies.

8. What's the Story Behind bZx Hack?

Attack #1
The first attack involved a user leveraging multiple DeFi protocols to lend and swap significant quantities of Ether and wrapped Bitcoin (WBTC) to manipulate the prices and profit off of a decentralized leveraged trade using Fulcrum.

After some complex DeFi tinkering with large quantities of borrowed funds and leveraged trading, the hacker was able to cause significant slippage which allowed them to profit from swapping the 112 WBTC from Compound to 6,671 ETH, resulting in a profit of 1,193 ETH (nearly $318,000 at the time).

According to an in-depth analysis of the attack, a bug in bZx’s smart contract code failed to prevent the attacker’s leveraged trade transaction, which should have been prevented due to safety checks.

This second attack which occurred 2 days after the first, was an oracle manipulation attack that took advantage of the fact that sUSD had two Uniswap-like reserves. This allowed the attacker to pass the spread check when manipulating the price and take out an ETH loan far larger than their sUSD collateral should have allowed.

When this attack occurred on February 18, 2020, bZx Protocol was not yet using Chainlink’s secure and decentralized oracle services. Instead, it was simply pulling price data from Uniswap and other DeFi protocols which could be easily manipulated.

However, as of March 2020, bZx has integrated with Chainlink to prevent future price oracle exploits.

It is important to note that bZx compensated users for their losses: Source

On top of that, some of the losses were covered by Defi Insurance Firm Nexus Mutual 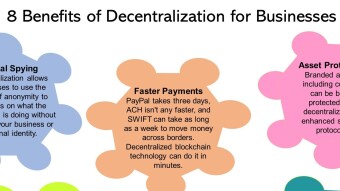 8 Benefits of Decentralization for Businesses 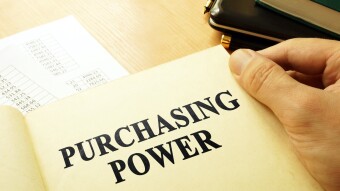