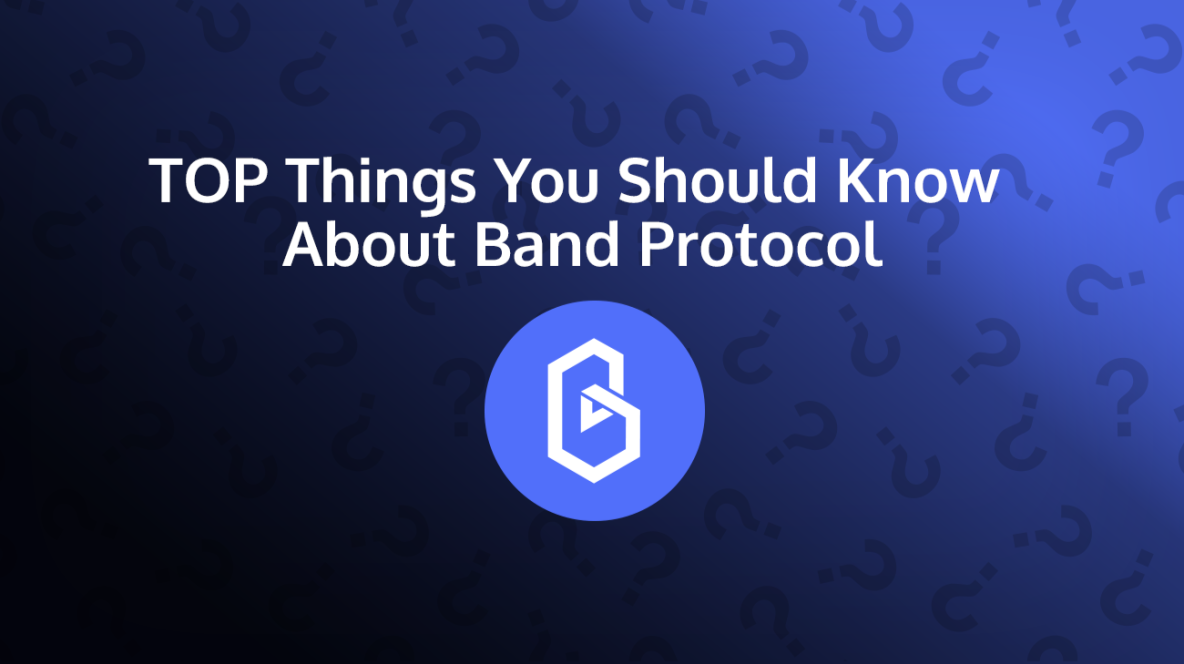 Top Things You Should Know About Band Protocol (BAND)

Hey guys :) I’m back with another comprehensive Q&A piece, this time for the up-and-coming decentralized oracle platform – Band Protocol (BAND).

Band Protocol is a cross-chain data oracle platform that ensures interoperability between smart contracts and the real-world. It provides decentralized applications with secure and reliable access to trusted data and services over the traditional Web 2.0.

The following piece is similar to my latest articles on Bancor (BNT), Cosmos (ATOM), and Matic (MATIC), so if you haven’t already seen those, be sure to check them out as well.

1. What is Band Protocol?

Band Protocol is a secure, scalable, and decentralized blockchain-agnostic data oracle platform that aggregates and connects real-world data and APIs to smart contracts.

To put it more simply, Band Protocol brings real-world data onto the blockchain so that decentralized applications (dapps) have access to trusted data and services over the traditional Web 2.0.

In other words, the protocol enables dapps and smart contracts on the blockchain to be utilized in the real world with real data, by building the decentralized bridge between smart contracts and the traditional web.

Band Protocol is striving to provide a much-needed service for the blockchain space as smart contracts in innovative dapps rely on external price feeds, events, and values provided via traditional web APIs to successfully execute the logic of the smart contract.

This is what Band Protocol does, it connects smart contracts with trusted off-chain data and ensures its integrity using delegated proof of stake (dPoS) and token economic incentives.

Decentralized Economic Incentive
The Band Protocol ecosystem consists of two token types: the BAND token and dataset tokens, with the latter being where the economic incentives come in.

Dataset tokens represent the ownership stake in a particular dataset inside of Band Protocol and are staked (locked up) by data providers so they have economic incentives with their reputation and tokens at stake to remain honest.

Scalable
Costs for data providers remain constant regardless of how many dapps are using their data. Once a data point is put on-chain, multiple smart contracts can consume the data without added cost to data providers.

Fast
Band Protocol makes data readily available to be queried on the blockchain so that it can be processed within one transaction, requiring no blockchain confirmation.

Easily Integrated
Dapps can easily integrate with Band Protocol using less than 10 lines of code. As well, Band features 12 built-in oracle scripts that are very easy to implement with no major modifications.

Blockchain Agnostic
Band Protocol’s native blockchain, BandChain, is designed to be compatible with most smart contract and blockchain development frameworks such as Ethereum, Polkadot, EOS, Cosmos, and more.

2. Who and When Created Band Protocol?

Srinawakoon, Co-founder and CEO of Band Protocol, is well accomplished as he’s a Stanford graduate with an MS in Computer Science and Engineering and a BS in Computer Science and was listed in Forbes 30 Under 30 Asia under Enterprise Technology. Prior to Band Protocol, Srinawakoon worked as a software engineer at Ericsson and a management consultant at the Boston Consulting Group.

Nattapatsiri, Co-founder and CPO of Band Protocol, has a BS in Computer Science and has experience working at Tripadvisor and Turfmapp.

All three founders are well acquainted and have been investing in cryptocurrencies since 2013, and have even created a crypto game together in 2015. 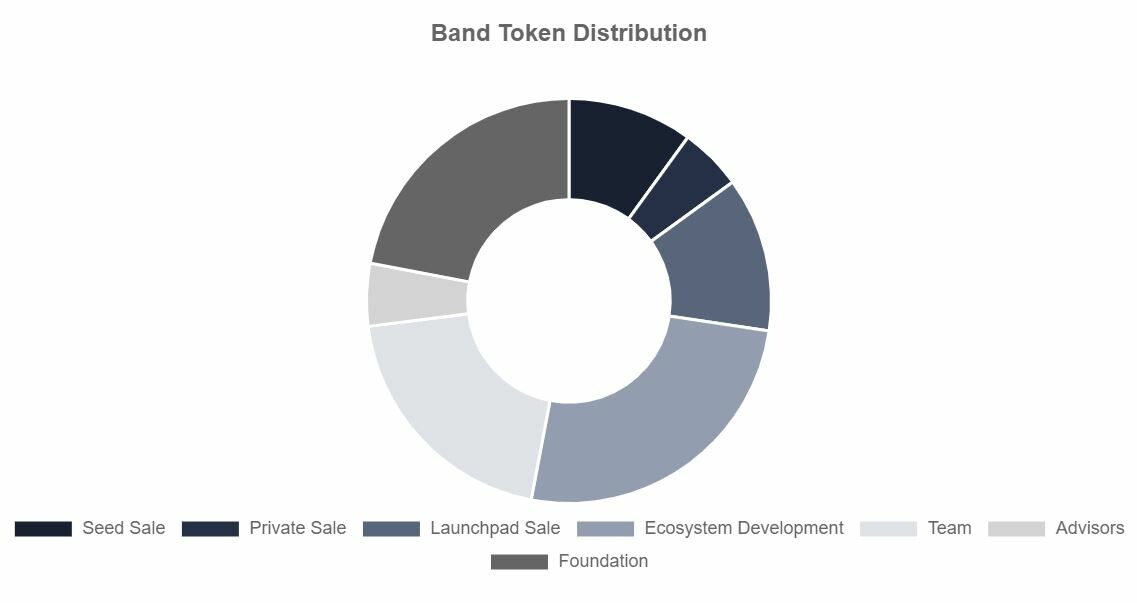 Band Protocol launched its BAND token via an initial coin offering (ICO) in September 2019 and prior to that, held a seed sale and private sale in August 2018.

The total BAND token supply distribution is as follows: 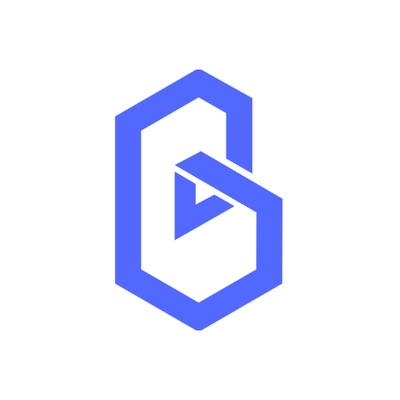 The price and supply of dataset tokens are determined algorithmically by an on-chain continuous bonding curve.

Dataset tokens are primarily used by data providers for various purposes such as staking to acquire data provider slots, staking for data provider curation, and is also used as a voting token to decide dataset configurations.

Staking in BandChain
Phase 0 of BandChain’s mainnet launched on June 10 along with support for on-chain token transactions and staking for validators. Following this launch, BAND tokens can be used as staking tokens to secure the network through its delegated proof of stake (dPoS) consensus mechanism.

On-Chain Governance for BandChain
BAND token will be used as the governance token for voting on decisions on how to upgrade the network.

4. How is Band Protocol Different from Chainlink? 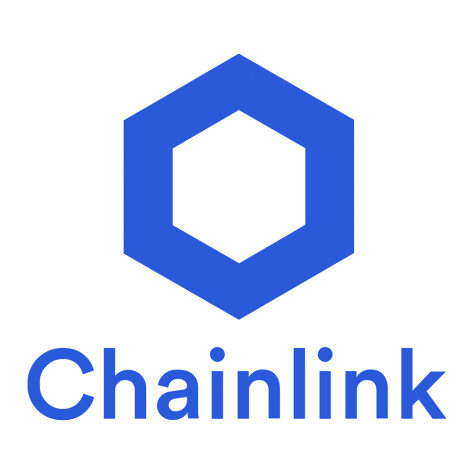 Both Band Protocol and Chainlink describe themselves as decentralized oracle platforms that provide blockchain-based smart contracts with trusted off-chain data.

However, though they provide the same type of service, Band Protocol is different from Chainlink in regards to its:

Moreover, Binance the world’s largest crypto exchange, who’s a partner to both Band Protocol and Chainlink, said in a blog post:

“Decentralized oracle projects such as Band Protocol and Chainlink, will become the staple of interoperability between both smart contracts on-chain and to the real world.”

Also, Band Protocol co-founder and CEO Soravis Srinawakoon has described Chainlink’s design to be “very flexible”, meaning decentralized applications are required to select which data provider they want to use and which data they should receive from them.

Now describing Band Protocol, he said that Band Protocol does not require decentralized applications to perform this process as the data is simply provided by the “top staker” for a problem.

That said, it appears there may be room for both Band Protocol and Chainlink to thrive in the competitive blockchain industry.

Band Protocol is backed by multiple global investors including:

Sequoia Capital
Established in 1972, Sequoia has partnered with and invested in many early-stage companies that have aggregated to a public market value of over $3.3 trillion. Some of Sequia’s notable portfolio companies include YouTube, Zoom, Yahoo, WhatsApp, Robinhood, PayPal, Oracle, and many more.

Binance Labs
Binance Labs, the venture arm of Binance that invests in and helps incubate blockchain startups with working products has invested in Band Protocol and other notable blockchain products including OasisLabs, MobileCoin, Republic, Terra, BTT, Cred, Pivot, and others.

Spartan Group
The Spartan Group has an actively managed portfolio of digital assets focused on delivering absolute returns through a long-short multi-strat approach. The fund's investment team has over 20 years of experience and has made sizable investments in Blockstack, Origin, and IBM.

Woodstock
Woodstock is an early and growth-stage investment firm that invests in Distributed Ledger Technology (DLT) startups and companies. Some of their most notable investments include Elrond, Holochain, Marlin, and Casper Labs.

Alphain Ventures
Alphain Ventures is an early-stage VC in the blockchain industry with investments in Klatyn, Mil.k, PlayDapp, WeMade, TokaMak Network, and more.

BandChain is a high-performance blockchain built for data oracles.

It’s based on Cosmos’ state-of-the-art blockchain SDK, it’s interoperable with other blockchains, and it can process thousands of transactions per second with instant finality.

What’s the purpose of BandChain?

BandChain connects real-world data residing on the traditional Web 2.0 with smart contracts via Web APIs and a customizable Data Oracle Script, which is programmable in any language compatible with the WebAssembly standard.

Additionally, BandChain provides a suite of tools for API providers to monetize real-world data to blockchain applications in a unified and blockchain-agnostic platform. This provides developers of decentralized applications with a wealth of different data sources.

7. What are Major Validators of Band Protocol? 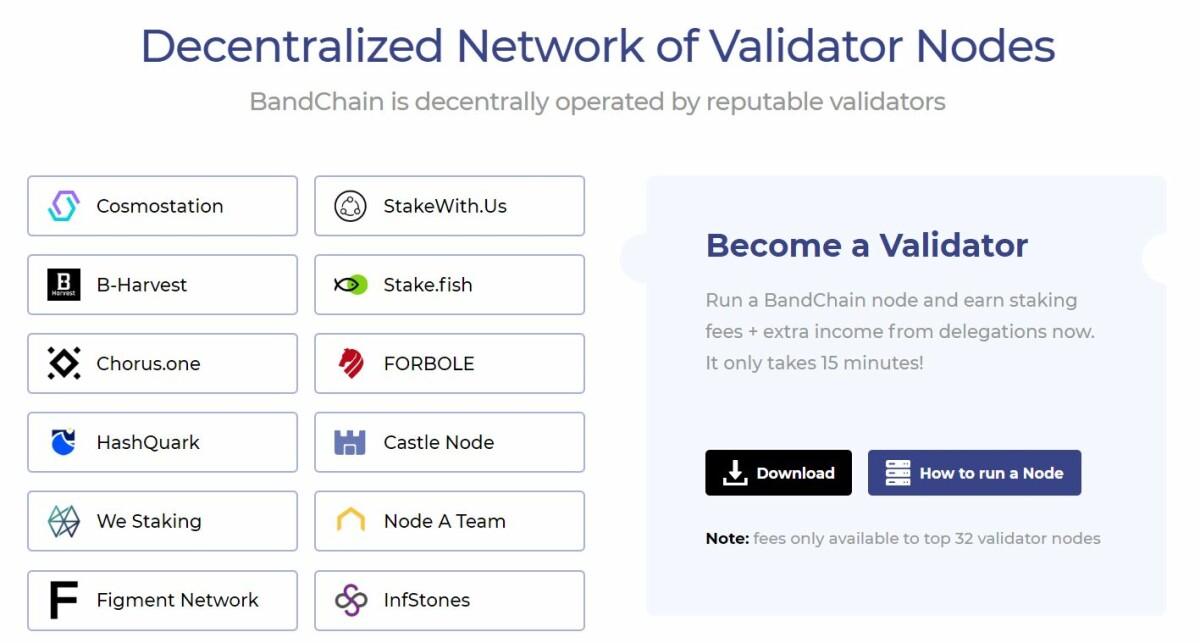 BandChain is operated by a decentralized network of reputable validator nodes and as of June 2020, there are 12 BandChain validator nodes listed on the Band Protocol website in which you can delegate your BAND tokens and start earning staking rewards.

In addition to the validators listed here, BandChain has a number of other validators in which BAND token holders can validate their stake too. This is because anyone can become a validator by running a BandChain node.

However, take note that only the top 32 validator nodes earn fees, which is why small-size stakers should consider joining up with these validators listed above.

8. Where to Store $Band Tokens?

Band Protocol’s BAND token currently resides on top of the Ethereum blockchain as an ERC-20 token and will migrate to the BandChain blockchain as its own native cryptocurrency as phase 0 of BandChain is rolled out.

Since BAND is an ERC-20 token right now, it is supported by a wide selection of reputable cryptocurrency wallets. You can store BAND in any wallet that has ERC-20 token support.

Apart from the above-listed wallets, BAND token holders have a wide selection of other reputable cryptocurrency wallets to choose from. However, when choosing a wallet to store BAND, keep an eye out for the following features:

Band Protocol (BAND) can be bought and sold on a peer-to-peer (P2P) basis but the most popular way to buy, sell, or trade Band Protocol is through cryptocurrency exchanges.

You can buy BAND with cryptocurrency or fiat at the following top exchanges. In most cases, you will have to fund your account with fiat, buy Bitcoin or Ethereum, and then use BTC or ETH to buy Band Protocol (symbol BAND).

In addition to the exchanges listed above, Band Protocol (BAND) is also traded on an array of other exchanges and platforms that enable people to buy, sell, or trade cryptocurrencies.