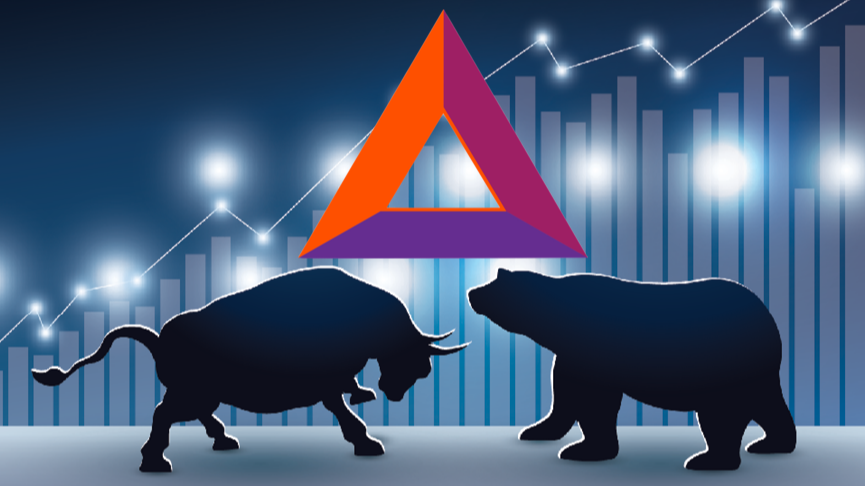 I really appreciate what the Brave Browser is trying to bring to the world. Even if lot of people disliked the publicities not arriving in their countries, I totally accept the fact in takes time to come and to implement. But what to think about the Basic Attention Token ?

As always, I begin the analysis on the larger scale possible. BAT is really new then I won't spend time on the monthly view as I think it does not bring more informations than the weekly one. 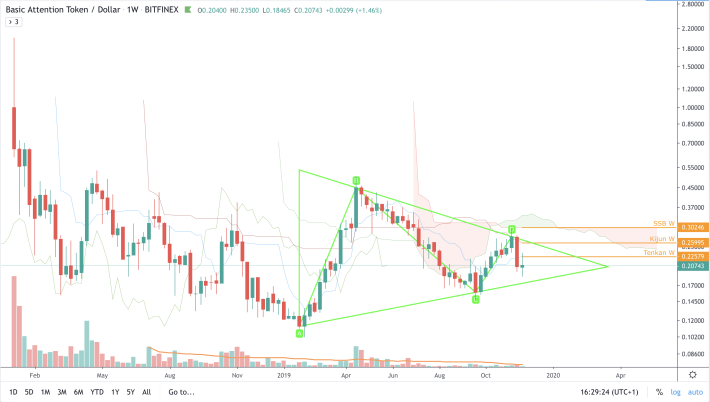 After getting to know to the world, we have a pattern growing, and it is really interesting that it is a triangle one. We could even say it is close to a symmetrical flat angle. This is so important ! The market is now trying to decide if it will accept this new concept or not ! All the resistances are above for now and it could be a very nice sign to see the price slowly crossing them. This would arrive if the market decides to adopt the Newby.

The actual fall may be followed by a correction in multiple short positive candles before a new fall to triangle's bottom, or, of the market is strongly backing it up, it may come back already and try again to close triangle's top without touching the bottom. The next days will dictate the following move. 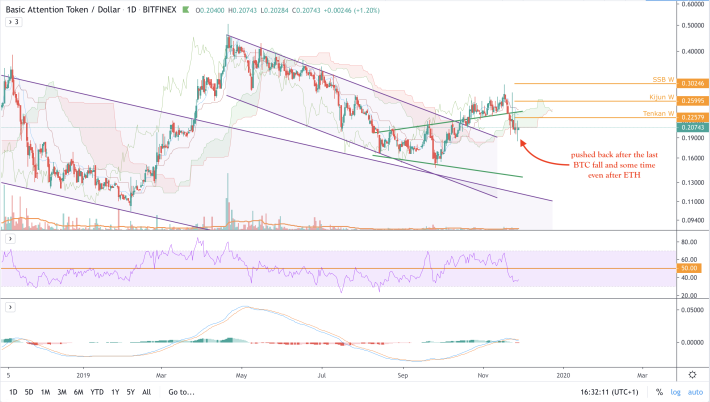 Recently it showed some really interesting move as BTC fell, ETH fell some hours later, but BAT/USD managed to stay into its trend much longer. I hate to say that cryptos are linked to BTC. It is for me the investors that aren't smart enough to think outside of bitcoin. They made some money or dreamed of making money with the last bitcoin highest point, and when they see it falling they can't think by themselves and bring some value to the real projects behind cryptos. I hope this day will come, when people will take the blockchain for what it is and not only for profit making...

Anyway, what is interesting is that the price succeeded to stay up its open angle for a while against bitcoin and ethereum. This may come from two origins : either because people forgot they didn't only had BTC & ETH and suddenly they remembered they had cut all the others too, or because the majority was already seeing the BAT for what it stands for and not only for its money potential. 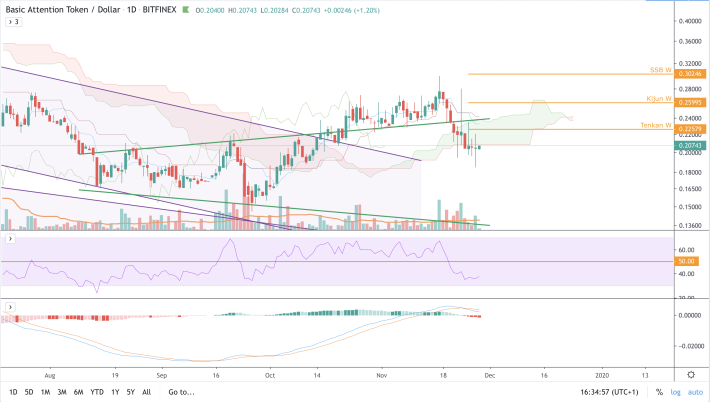 But the final fall was similar to the others as it also lost around 20% (around 27% for ETH & BTC/USD). For now it has the possibility to climb inside again Ichimoku's cloud, which is still possible as the resistances aren't so important for now. Only the price facing SSB D, while Chiku Span is free to move. But let's check the shorter TU. 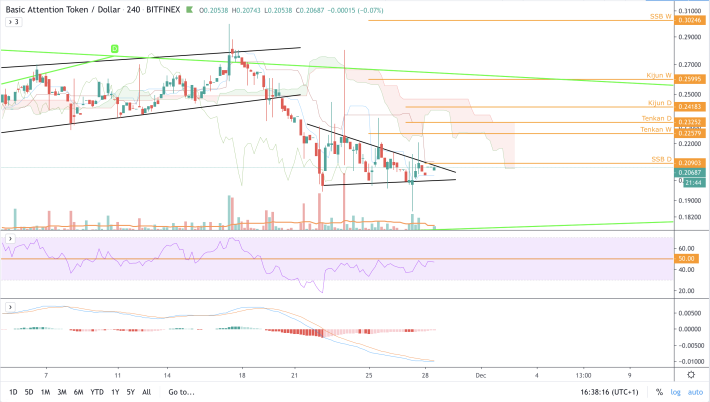 On this view it has a very nice ladder for the upcoming days. First step combined with Kijun 4h & SSB D (very strong and important resistance, but also support in case of an upward crossing). Then it will be facing Tenkan W combined with SSB 4h, but it has some time to consolidate the movement. After that it will be Tenkan D combined with SSA 4h. And after all these steps, it will have gained enough power to face Kijun W, the strongest resistance of all these steps. 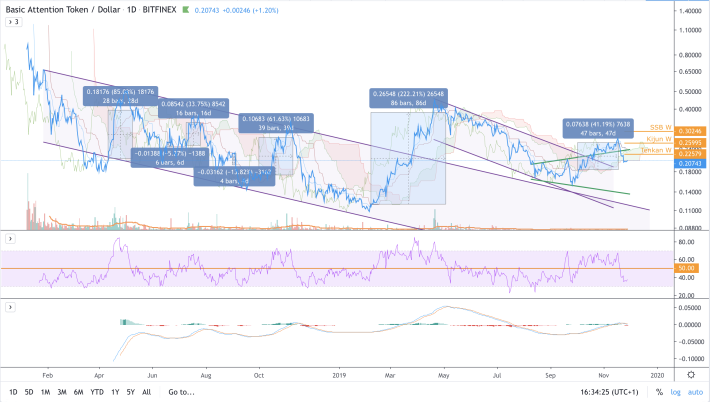 If someone decided to only play the price crossing Kijun D without sharpening its analysis, this would have been the benefits with only two negative small outcomes... Isn't it a beautiful movement...?

BAT is presenting a very nice potentiel. I won't give this time my signals as you can find all of them in the ladder movement described into the 4h/240min paragraph. As long as it keeps going up the ladder I'll take it as a signal for position reinforcement. And as exits, I'll use the ladder steps also in the opposite way. But I think if it succeeds to climb up all the ladders, it has the potential to become on of the strongest bull run of 2020 !

We hope you like all those good news and will be happy to share and talk with you anytime !