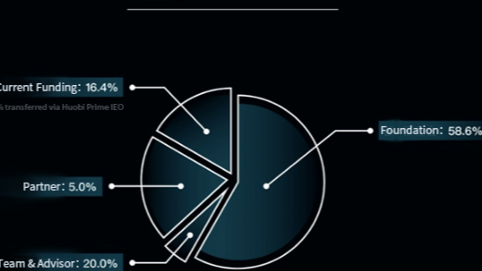 Aware that leading cryptocurrencies are still struggling with the blockchain dilemma and unlikely to scale to global levels while concurrently maintaining a stable purchasing power, the team at Reserve Protocol is desirous of running a trusted and an accessible stablecoin.

The Reserve Protocol can be deployed on top of any smart contracting platform. Although initial development will begin in Ethereum, they plan to create a two-way bridge, allowing complete interoperability of Reserve Protocol tokens. However, with time the team plans to devolve each component and eventually decentralize the network.

The Reserve Protocol team has in mind an economically strong stablecoin that is robust against attacks and yet trusted by investors. By rolling out a safe haven stablecoin they can be at a position to convince governments of economies with under-developed infrastructure to replace their currencies with their asset-backed token.

There are two types of ERC-20 tokens that underpin the Reserve Protocol. First, the Reserve stablecoin (RSV) is a hyper-inflation- proof asset that will be initially pegged one-to-one against the USD before being collateralized with a basket of blockchain assets stored in the Reserve’s vault in later stages. These assets will be diversified and made up of tokenized real-world assets including securities, commodities and currencies.

The Vault’s purpose is to act as a cushion against systemic risks. In the long term, the team’s view is that there would be 100 different low-volatility assets backing RSV. At the moment, the specific composition of these assets is yet to be divulged.

Set to maintain parity with the value of the greenback, it is the token that will replace fiat currencies of countries with weak or underdeveloped infrastructure as mentioned above.

RSV is fully backed and the collateral is kept at Reserve’s vault. The vault is a smart contract that contains a pool of blockchain assets that are used to collateralize the token. The Vault’s smart contract will collect RSV in two ways:

RSV can be used to perform three main functions:

Different, RSR token is volatile and were offered to investors, funding the project. In a nutshell, what RSR does is to guarantee the collateralization rate of RSV, and that the value of RSV is maintained.

Aside from these functions, the RSR fulfills other duties including:

RSR is used to recapitalize the network’s ecosystem whenever the protocol’s holding at the Reserve’s Vault depreciates. Besides, it is expected that the token would aid in re-calibrating the network.

In that case, whenever there is an uptick of RSV’s total supply, RSR tokens in circulation shall decrease. This is so because for arbitrage opportunities are only exploited by RSR holders who then have to settle in RSR.

In other times, and when necessitated by prevailing conditions, the Reserve protocol may be required to attain a collateralization ratio exceeding 1:1.

Such a special scenario will force the protocol to automatically mint and subsequently sell RSR token for additional collateralize blockchain assets. This way, the protocol would easily offset the extra capital requirement needed to scale the supply of RSV stablecoin.

Mentioned above, the team will decentralize the network’s operations. That will be done in three phases as follows:

Third, the Reserve Dollar (RSD). This token is not mentioned in the project’s white paper. However, in the centralization phase, the team will issue out this token instead of RSV, and will be pegged 1:1 against the green back.

Leading the team is Nevin Freeman, the co-founder and CEO of Reserve. He is an entrepreneur and has co-founded three companies. Nevin oversees strategy, legal, and team coordination at Reserve. He is also keen on averting risks posed by advancement in Artificial Intelligence, and looking to offer solutions for the coordination problem preventing humanity from reaching its full potential.

Matt Elder is the CTO and co-founder. He is tasked with designing, analyzing and overseeing the Reserve Stabilization Protocol and designing the Reserve protocol implementation. He has engineering experience from IBM, Google and Quixey.

Jeremy Schlatter is the Tech Lead, and he is building the Reserve protocol software, including its smart contracts, off-chain components, and testing infrastructure.

Miguel Morel is the co-founder and oversees the execution of Reserve’s operational strategies.

Other team members include: Robb Henshaw, Charlie Smith in Business Development, Jesper Ostman in Protocol Development, Cathleen Kilgallen in Research and Operations, Andrew Masanto in Marketing and Strategy, and nine others.

Garett Jones, a renowned Monetary Economist who served as an Economic Policy Adviser to Senator Orrin Hatch and as a staff economist to the Joint Economic Committee of the US Congress.

Paul Atkins, the Former SEC commissioner. In Dec 2016, Atkins he was a member of the business forum assembled by the then president Elect to advise on economic issues.

Others are: Santiago Siri, the founder of Democracy Earth, Ben Verschuere, the former Portfolio manager at Thiel Macro, and Gary Basin, a former Hedge Fund founder.

Besides, in Q3 2018, the partnered with the largest cell-phone importer in Angola and followed that up creating a reserve mobile payment app in Q2 2019. They also completed the technical implementation of the Reserve Dollar (RSD), executing the Huobi Prime listing of the RSR tokens in May 2019.

Their plan in Q2 2019 is to launch the RSV token and the launch the Reserve mobile payment app in an economy suffering from Hyper-inflation. By 2020, the team anticipated to launch the RSD and implement the RSR token in the live Reserve protocol.

All the same, it is worthy to mention that their repository is open source and not published at GitHub for public scrutiny.

Overly, Reserve Protocol aims to build a universal safe haven, a store of value which is secure, safe against hyper inflation and easily accessible.

By rolling out a stablecoin that is outside the control of governments and not prone to abuse as the underlying network is distributed, the project’s objective would have been achieved. Towards that goal, the project has a lot of focus on troubling areas where governments keep messing with monetary systems which negitively affect the majority of people.

Aside from this goal, Reserve has a deep relationship with 7 Mobile Africa, a mobile phone importer in Angola. Together they are cooperating to launch an app that will ease cross-border payments in Africa and other developing economies. Generally, Reserve has the support of seasoned investors and managers of prolific funds. Most of them also participate directly thereby affecting the trajectory of the network.

Leading investors include Coinbase Ventures, Sam Altman, the President of YCombinator, Peter Thiel, the co-founder of PayPal, Palantir Technologies, and Founders Fund. Others include Crypto Lotus, Refactor Capital, Semyon Dukach, James Glasscock, the founder of Elephas Ventures, Jeff Morris Jr. the Director of Product and Revenue at Tinder, and many more.

There is no mention of the total supply and RSR distribution in the project’s whitepaper. However, according to coin trackers, there will be 100 billion RSR tokens, all of which are pre-mined. Generated on Ethereum, and acting as utility tokens as mentioned before, RSR tokens are vital for Reserve. Depending on the collateralization, the total supply can be raised or tokens burnt.

During their public sale, 3 billion RSR tokens were sold. The session was split into two phases. In phase one, it was on a first come, first serve basis where tokens were sold at market. At this stage, 600 million tokens were availed to the public at $0.0006. In the second round, tokens were sold via limit orders, and allocations was done depending on the amount purchased. At this phase, each token was sold at $0.0011.

According to information divulged by the Reserve, a total of $6.96 million was raised in the first two stages—Seed and Private sale rounds. Tokens bought in the Seed round will be released six months after Mainnet launch. This will also apply for tokens held by the Partners, team and advisors. Token release is expected to be sometimes in 2020.

For investors who bought their tokens during the Private sale, they will receive the first 25 percent, and the rest after three months. There will be no lock up for tokens bought in the First and second round of the token sale.

RSR tokens held by the foundation will be held in the hot and cold wallets. Available for use, tokens in the hot wallets is available for the team discretional use. However, unlocking and subsequent expenditure of tokens stored in the Foundation’s cold wallet must be explained.

In general, RSR tokens are distributed as follows:

In total, there are 2,244 token holders generating 37,437 transfers at the time of writing. There could be centralization concerns because the top 10 hold 85 percent of all the tokens in circulation.

Aside from Huobi Global, RSR is listed at Idex and HotBit where it is paired against ETH and USDT.

Reserve Protocol will start in Venezuela, by reaching out to Merchants and launching a Mobile App that lets users get/redeem RSV & RSR. Venezuela is suffering as the result of an Economic Crisis and Blockchain could overcome Hyperinflation ~ Providing greater Financial Freedom

That’s enough for me. Great long term hold. Scaling in at these ranges.

31 people are talking about this

I am Crypto investor. I love Crypto and Blockchain. I have researched blockchain and crypto sine 2017. I am supporting Midas Protocol Project, Mcashchain and Vinex Exchange. I am an admin of Crypto Group on facebook with 77k members.

free signal for trade.It is not investment tips.