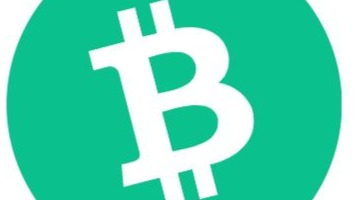 My brother is my latest recruit to the crypto space.

Last April 14, he called me from Taiwan via Zoom and asked me about crypto currency, Bitcoin in particular. I knew my brother well, when he asks about something, he's not asking for answers. He is just looking for confirmation. I bet he already did some digging about Bitcoin even before talking to me.

"Have you heard about Bitcoin?", that was how he initiated our talk.

"I've been thinking about investing in Bitcoin, I have some savings in banks but they are not really earning much.", he continued.

"Kuya, where did you hear about Bitcoin?", I asked him.

He said he heard it from a fellow Pinoy Overseas Worker who invited him to join a Bitcoin Group. My spidey senses alerted that someone might be baiting him for a pyramiding scam. I told him, he doesn't need a group to invest in crypto currency. All information are available in the web.

This is when I told him to try and explore investing in Bitcoin Cash.

"Yeah, I also read about that but how are they different?", he quizzed me.

Without going to the technical details of which I am not also competent to talk about, I just said what I read from the promotional materials about Bitcoin Cash.

I heard him complain often how high the bank charges the overseas fund transfer whenever he sends money to his family. Starting from this issue very close to him, I told him that with Bitcoin Cash, he will not be paying a lot of transaction fees to send remittance in the Philippines. Fund transfer will also be fast, his family will be able to get their money within the day if not within an hour.

The issue of low cost and faster of remittance abroad is something that Bitcoin cannot handle, I added. I even showed him this site where he can visually compare the transaction speed and cost of Bitcoin and Bitcoin Cash.

In case, you are not yet familiar with this website, here's the link: https://txstreet.com/v/bch-btc

"But I am looking for an investment that will increase its value over time. Will the price rise just like Bitcoin?"

I replied enthusiastically that, "This is what makes Bitcoin Cash better than Bitcoin. Not only can you not use for daily transactions, but you can also keep it for long term as its value also increases, just like Bitcoin."

I gave him an analogy that it is like a US Dollar which is a valuable currency in the Philippines; you can use it for commercial transactions but you can also hold it because value of US Dollar against Philippine Peso increase.

My brother was quite impressed how knowledgeable I am with Bitcoin Cash that he said he was glad that he approached me first before joining the Bitcoin Group of his acquaintance.

"One more thing", I quipped, "I am very confident that Bitcoin Cash will increase because it's fate is linked with Bitcoin being a hard fork." And I explained to him to the best of my ability how I understood hard fork.

I also mentioned to him that in trading there is a concept called price correlation, such when the price of one asset is related to the price of another such as those companies with tightly connected supply chain. The price correlation of the two crypto currency is better explained through graph so I pulled my bookmarked graph to show the relationship of Bitcoin and Bitcoin Cash using Investagrams Charting Tool.

The black line represents the trend of Bitcoin while the blue line is that of Bitcoin Cash. I pointed out the co-occurrence of the peaks and bottoms between the two lines. The correlation of these two is moderately high at .68.

While my brother and I were talking about crypto, I felt proud about what I learned for the past 3 months in this rabbit hole. I was happy also to have guided my brother who is older than me by 5 years. I was giving back the favor because she was my protector when we were still growing up.

He must have been very convinced with my Bitcoin Cash 101 lecture that his next question was, "Where to buy Bitcoin Cash?"

This blog was originally published in read.cash/@cryptoph

This blog contains my personal thoughts and ideas about crypto currency and blockchain technology.