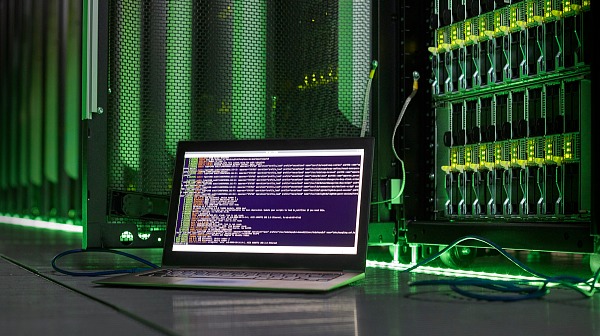 With the introduction of new infrastructure concepts, technologies such as 5G, big data, industrial Internet of Things, and blockchain will play an indispensable role. Blockchain, as the link of the trust mechanism, is empowering the new infrastructure by virtue of its non-tampering, information transparency and other characteristics.

After more than a year of development, BSN officially entered the commercial stage on April 25 this year . So as the "national team", what are the highlights of the blockchain service network jointly developed by the giants? What is the design philosophy and technology behind it?

Not long ago, we interviewed Ma Xiaojun, chief architect of BSN and CTO of Red Date Technology , to hear him reveal the technical concept behind BSN. 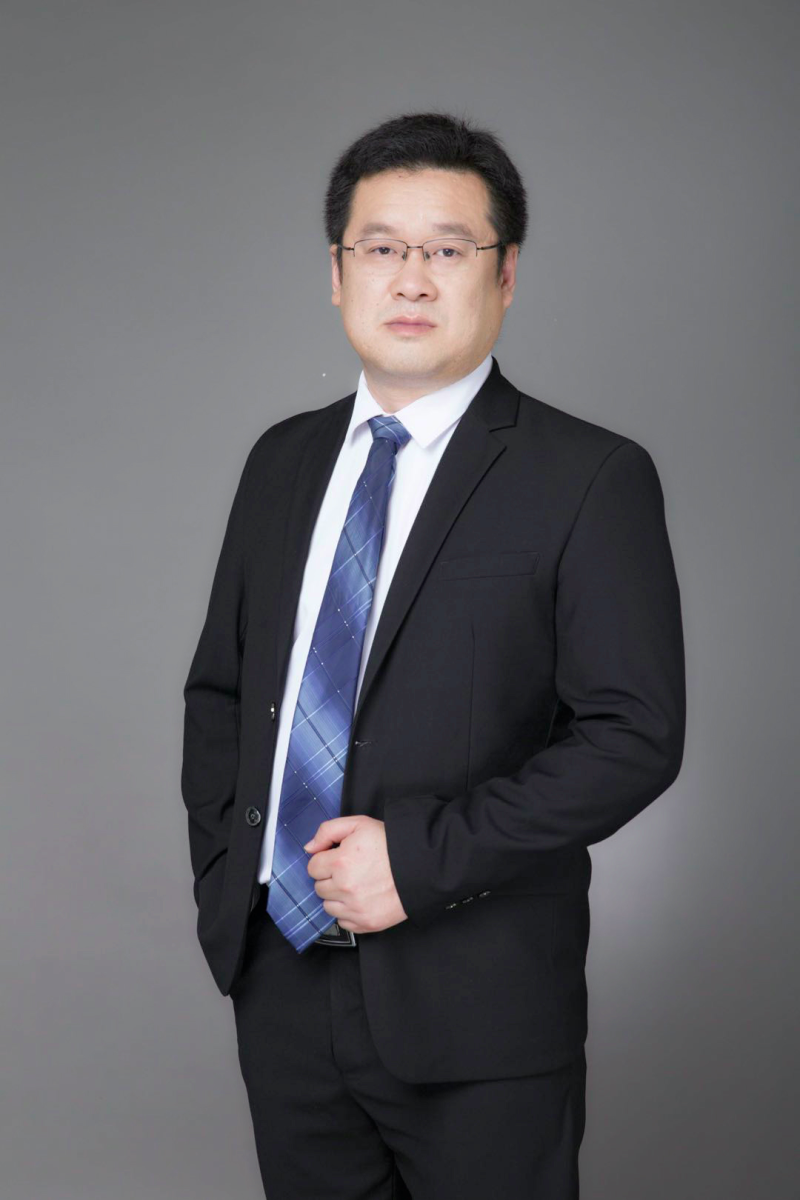 Ma Xiaojun: He is currently the CTO of Beijing Red Date Technology Co., Ltd. and the chief architect of the blockchain service network BSN. He once undertook the main research and development work in the core departments of Inspur and Achievo. Has more than ten years of experience in system development, technical architecture design and project management. As a senior architect, he has participated in related projects such as the second-generation cargo distribution library, the smart city five-source plan, and the blockchain service network BSN.

C SDN: Please introduce the original intention, process and recent situation of the establishment of the BSN project.

Ma Xiaojun: The initial cause is very simple and direct. During the deployment of the payment chain application of the five-source plan project, we investigated several BaaS providers in China. The production cost of the three-node production environment is almost more than 100,000 per year. This is too expensive for an application product with an initial number of concurrent transactions of less than 10 TPS. Although the traditional BaaS platform lowers the technical threshold for blockchain application deployment and operation and maintenance, it also holds the user's deployment needs to a certain extent, which is not conducive to the widespread use and popularization of blockchain technology. We hope to find and provide a low-cost deployment solution so that a large number of small and medium-sized enterprises, even students, including individuals can use blockchain technology for innovation and entrepreneurship, thereby promoting the rapid development and popularization of blockchain technology.

BSN has integrated Hyperledger Fabric and FISCO BCOS, and is doing the integration of Fabric State Secret, Baidu XuperChain, and the integration of multiple frameworks such as CITA. The public beta version of the BSN International Network has been released. We will continue to adapt and support some public chains such as Ethereum and EOS on the international official website and international nodes to provide DApp developers with high-performance and high-availability public chain node access services.

C SDN : In your opinion, how does the underlying architecture design of a blockchain platform differ from other platforms? How are these differences reflected on the BSN platform?

Ma Xiaojun: First of all, the concept is different . The core concept of BSN is to establish a common public blockchain environment for resource sharing and provide a combination of multiple cloud resources, underlying framework, operating environment, key management, SDK and gateway API development . One-stop blockchain deployment and operation services. Developers can easily deploy and run blockchain and distributed ledger applications on the service network at a very low cost. Regardless of whether the bottom layer is heterogeneous, all application chains on the service network can perform data interaction, which brings a quality experience similar to the rapid construction of websites on the Internet and efficient interconnection.

Another difference is the multi-portal, which is this part of the BSN enabling platform. Generally speaking, other blockchain platforms are closed and only sell the resources of the platform itself, and will not export BaaS capabilities to third parties. BSN provides this service -through the BSN enabling platform, the ability to release blockchain application services is opened to third parties, so that third-party portals can use BSN deployment resources to provide blockchain application deployment and operation service capabilities to their users.

Especially for portals with developer resources, taking CSDN as an example, as a professional IT technology community in China, a large number of technology developers are gathered. If CSDN integrates the BSN enabling platform, developers can directly select BSN's city node resources to deploy blockchain applications in the CSDN platform, and these application deployment information is passed to the BSN's operation and maintenance system through the enabling platform and dispatched by each The node management service of the city node completes the service deployment work . For the CSDN platform, it actually outputs the deployment capabilities of the blockchain to the users of CSDN, and realizes the functions similar to the BSN portal.

CSDN : As the chief architect of BSN, what principles does the design of BSN architecture follow?

C SDN : What technical challenges have you encountered in the construction of the architecture?

But these 20 applications run on one machine, and it is difficult to accurately measure the cost of each application. In terms of traffic metering, the traditional BaaS platform's application services are deployed on a one-to-one basis with the host. Billing can be accurately billed through the host's traffic statistics, but on the BSN, it is often the deployment of multiple application services from different publishers. In the service instance of an underlying framework running on the same host, this requires that we can communicate data packets and data packets transmitted by the underlying framework node for different applications of different frameworks to accurately calculate and calculate the application traffic. fee. The accurate billing and pricing of the host's CPU and memory computing resources are more complicated.

The multi-frame adaptation of BSN requires us to invest a lot of resources and energy to deeply study the operation mechanism of various types of blockchain frameworks, and combine the business model of BSN to customize the adaptation to the underlying framework.

The compatibility of the deployment of heterogeneous node service providers' resources and facilities, the rolling update deployment of large-scale public city nodes and the delay of Internet communication across multiple telecom operators are also the challenges and challenges faced in the service network operation and maintenance and operation .

How can the national team card company build a super blockchain service network?

C SDN : B SN involves the participation of national ministries and commissions and multiple enterprises. What is the division of labor between them ?

CSDN : What is the cross-chain mechanism of BSN between heterogeneous blockchains?

Ma Xiaojun:BSN is cooperating with Bianjian Intelligence to integrate its IRITA framework into BSN to support cross-chain access and interoperability between developers’ application chains. Secondly, the developer's off-chain business system can access and operate multiple blockchain application chains at the same time through the BSN's city node gateway, and obtain access authorization from the application publisher, which can realize the inter-chain based on off-chain relay Data communication.

CSDN : What is the security mechanism/encryption algorithm mechanism of BSN?

Ma Xiaojun: When a developer publishes an application chain in any BSN portal, there are two application access key modes to choose from: "key escrow mode" or "upload public key mode" . The key escrow mode is that the user entrusts the service network to generate the key, which is downloaded and used by the user in the BSN portal. The upload public key mode is that the application chain user generates a key locally, and then uploads the public key through the BSN portal, and then uses the private key for transaction signature to connect to the city node gateway to complete the application access authentication.

The key escrow mode is more convenient, but the public key upload mode is more autonomous, and the specific mode used is completely set by the developer. For the application chain that has been released, when setting the user transaction key, the developer can set a unified key for the entire application chain for all access users, or set a separate user transaction key for each user. The mode of key setting is also divided into key escrow mode and upload public key mode. Different from the application access key, the city node gateway provides a user transaction key management interface, which does not require developers and users to set up separately in the BSN portal.

In addition, when releasing smart contracts for application chains, developers can freely combine the methods in the smart contract into various roles, and each role has the permission to call one or more methods, for example: some roles can write data, some The role can only query data. When a user joins the application chain, one or more roles can be assigned. These roles and corresponding permission information exist in the permission chain. When the user's business system accesses the application chain through the gateway, it can only execute the functions and data permissions allowed by the assigned role.

Developers can further control transactions and data processing in the preparation of smart contracts. Even if two users have the permissions of the same role, it can be defined at the smart contract code level that these two users can query and perform different data transaction operations.

The above mechanisms form a complete service network system in terms of application chain data security, which not only guarantees the absolute security of the data, but also allows developers to have enough space to design their own application chain security mechanism according to business needs.

B SN and blockchain application

C SDN : What are the current applications that impress you on BSN?

CSDN : next 1 - 2 years, the block chain applications will be developed to what?

Ma Xiaojun: I personally think that blockchain technology may be the first to mature and play a huge application value in the financial fields such as cross-border payment , letter of credit, and payment settlement, as well as election voting, welfare lottery, and public welfare charity and public utilities. Blockchain can technically solve the problems of transparency and openness in the process of election voting, welfare lottery, and public welfare charity, to avoid the interference of the results by external human resources, and to ensure the fairness of the results.

C SDN : What is your road to blockchain technology growth?

Ma Xiaojun : I started to understand the basic knowledge, technical architecture and operating mechanism of blockchain from Bitcoin and Ethereum. In the process of BSN construction , I have had in-depth study and researchon Hyperledger Fabric, FISCO BCOS and XuperChain.

For developers of entry-level blockchains, I recommend first collecting the basic knowledge resources of the blockchain from the technical community and doing a lot of extensive reading. Then choose a blockchain framework for in-depth learning and research. To become familiar with a framework, you can start with the official documentation of the framework, understand the basic terms and concepts, and supplement your lack of knowledge based on these. Then, through precision reading, we can grasp the overall architecture and operating mechanism of the framework, such as: security control, cryptographic algorithm, communication processing flow, synchronization mechanism, consensus mechanism, block data structure, state database and smart contract language, etc. On this basis, combined with your own project practice, the problem-driven further learning and research framework implementation code . For blockchain application developers, smart contract languages, contract SDKs, contract development models, contract deployment mechanisms, and framework cli SDKs that are proficient in related frameworks are all necessary.