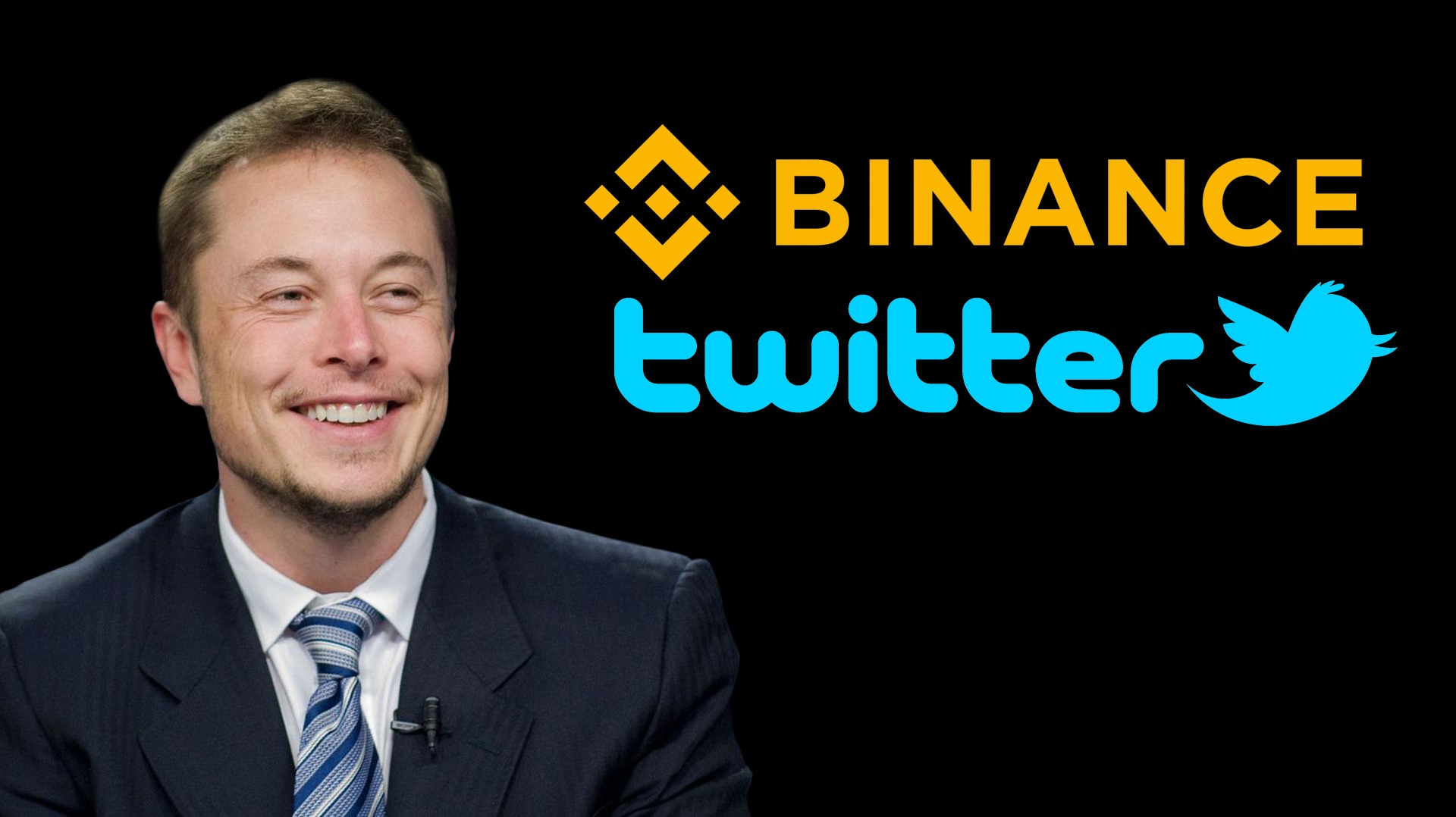 Binance, Elon Musk and Twitter. What does the latest news mean for the crypto market?

The internet has been buzzing since the 23rd of April when it was announced that Elon Musk had struck a deal with the owners of Twitter to buy the company for $44billion!

This has been something Elon has been wanting to do for a long time, it was just about making the right offer.

Upon his offer being accepted Elon tweeted saying:

"Free speech is the bedrock of a functioning democracy, and Twitter is the digital town square where matters vital to the future of humanity are debated"

"I also want to make Twitter better than ever by enhancing the product with new features, making the algorithms open source to increase trust, defeating the spam bots, and authenticating all humans"

"Twitter has tremendous potential - I look forward to working with the company and the community of users to unlock it." 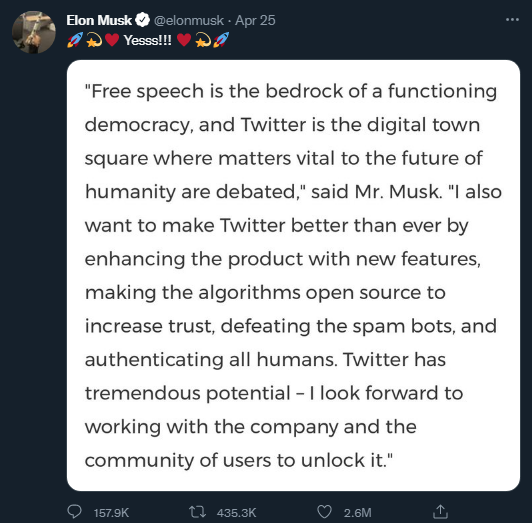 Now that this time has come and the deal has been accepted there have been plenty of rumours flying around about Elon’s intentions for the high profile social media platform.

Not everyone was happy with this though…

Many Twitter users seemed a bit divided by Elon’s takeover, to the point where there were hundreds if not thousands of users who stated they would be deleting their accounts in response to this.

There were of course millions of users in favour of the takeover, with promises of big changes including improvements to the user interactions on the platform and a way to reduce bots by having a human verification system for accounts.

Elon Musk is the most followed CEO on Twitter, with over 91 million followers and is amongst the top 10 followed accounts across the whole of the social media platform.

So where does Binance come into this?

On the 5th of May Binance pledged $500 million to invest in Twitter alongside Elon Musk. 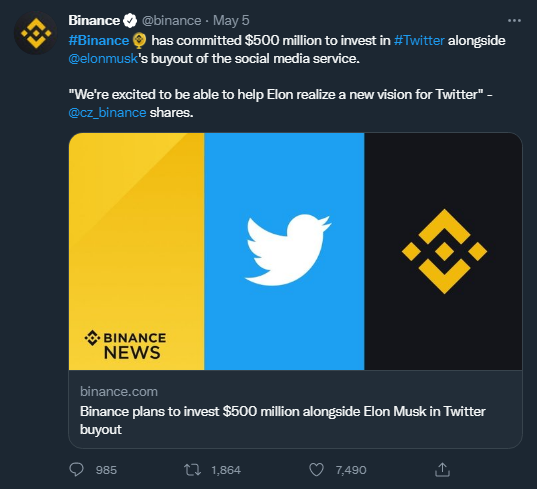 "We're excited to be able to help Elon realize a new vision for Twitter. We hope to be able to play a role in bringing social media and web3 together and broadening the use and adoption of crypto and blockchain technology."

What does this news mean for the crypto market?

When we take a look at the Bitcoin charts, for example, it would seem that the days of social media and business influence on the cryptocurrency market could be over.

This chart from CoinMarketCap shows that Bitcoin along with other major cryptos has been fluctuating massively over the past few months. During the days following Elon Musks' announcement the fluctuation seems to stabilise. However, the value has then proceeded to spike and plummet to a new low for the month.

As ever the cryptocurrency community across social media platforms such as Reddit and Twitter remain positive and strong in their stand with crypto. The belief and backing from the community is fierce, and the army of HODLERS across the world is determined to ensure that the crash in the market recently will not be a permanent negative.

With adoption and awareness continuing to grow worldwide there will continue to be hope amongst crypto holders that the market could rise again to a new all-time high.

For now, all we can do is watch and wait.

Do you believe that Bitcoin could reach a new all-time high this year?

If you’re looking for a way to spend your cryptocurrency, take a look into AutoCoinCars, they buy and sell cars for cryptocurrency in Europe and the UK!

AutoCoinCars shares their thoughts on the latest news and updates in the world of cryptocurrency. From market volatility to new trends to general crypto news. We are here to share the facts and help you understand and feel informed about cryptocurrency.