What is vampire-mining? (A Sushi token step by step account) 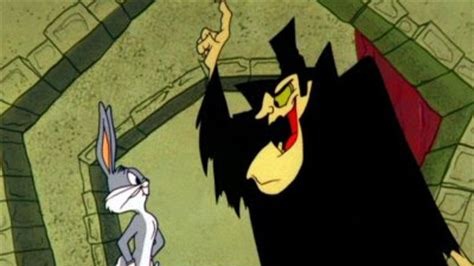 What is vampire-mining? (A Sushi token step by step account)

In the Wild West of the cryptoVerse, a new scheme emerged from the shadows. The vampire-mining attack. What is this, you may ask? I give you SUSHI.

The story starts with an anonymous developer, copying Uniswap code almost line by line, and promising a token caled Sushi, on top of the trading fees rewards for liquidity providers and token holders, if you choose to use SushiSwap, instead of Uniswap. In a surprisingly bold move, 10 days later, the developer sold all his Sushi tokens for 13 millions dollars, and gave the decentralized exchange keys to a centralized exchange. Do you understand this? Maybe not, but this is how everything starts, not how our story ends. Everyone, me included, believed that this is just an exit scam. Anyway, our anonymous developer didn't dissapear in the shadows, with all his millions. Instead, he said that he sold all his part in order to better serve the project.

And the the final fantasy story emerge. On Uniswap, Liquidity providers (LPs) are incentivized with trading fees, and there is no native governance token. On Sushiswap, trading fees plus SUSHI tokens get distributed to LPs. A portion of the fees also get converted back to SUSHI, and distributed to SUSHI token holders, not too confusing at all, so that if an LP stops providing liquidity, they can continue to receiving part of the protocol’s fees by holding the token. SUSHI is also the token used in the protocol’s governance. But this extra rewards plan is not the inovation. The brilliant idea is the one sucking the Uniswap liquidity, and redirecting all the funds to SushiSwap. How are they doing this? Initial they were using Uniswap’s LP tokens in order to get Sushi tokens, only to change this later, using Sushiswap LP instead of Uniswap LP tokens, so Uniswap Liquidity becomes Sushiswap liquidity. In layman terms, they copied the bussines, and run with all their clients. 4th of September - 1.6 billion out of 1.8 billion on Uniswap were rediredted to Sushiswap. All of this done under a mystical robin-hoodesque aura generated by Chief Nomi, our misterious developer, promising a DEX governed by small people, for the small people. Which may be far from truth, as FTX holds not only the exchange keys, but also more than 9% of the total SUSHI in existence are linked to Alameda Research, hence SBF (also known as FTX CEO Sam Bankman-Fried). Then, ChefNomi sold everything, and SBF asked for the key to be handed over to somebody else, as there is no future with Chef Nomi, and the price plummets. Part of it because SBF was dumping Sushi heavily. After some strange popularity contest, ChefNomi will give the private keys to SBF. The price starts to grow, and smart people start to think that Chef Nomi and SBF are one and the same person. The peace was negociated, the migration was arranged, and extra tokens were promised if the common people do not jump the sinking ship. Which, at least in theory, means that those behind SushiSwap may soon be responsible for carrying hundreds of million of dollars in tokens from one open protocol to another one, with code that hasn’t been tested and which had a bug days ago ( a bug in migration code was found, and fixed on 7th of September.

DEFI space changed so much lately, Compound was the wunderkid, Yfi showed us the posibility, and YAM was the first warning. On top of this, research by on-chain analytics provider, Glassnode, has taken a deep dive into the economics and value of the SUSHI token, revealing that it may be worth far less than its current price, just $0.31 and nothing more. 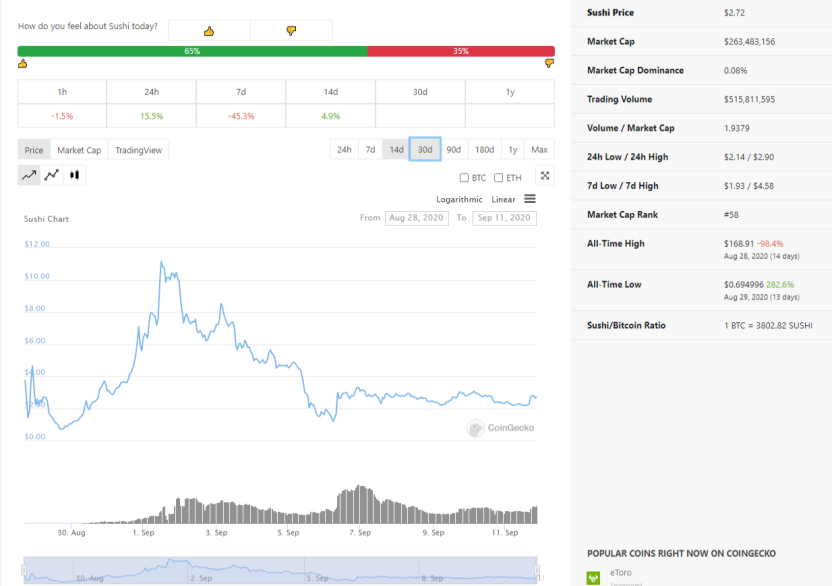 What we will see next, we cannot even imagine. The reality is more often, these days, stranger than fiction.

Latest edit: The SUSHI rewards dropped from 1000 to 100 after the transfer from Uniswap to Sushiswap. and ChefNomi reused the 13 millions he previously collected to be infused back into the project. Once again, Uniswap has more cryptocurrency locked that SushiSwap, and the total locked with SUSHI went down to 800 millions, from 1,7 billions.

Hope you enjoyed the story!