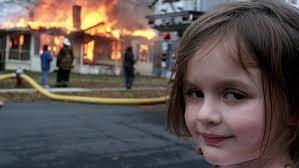 This week was eventful enough, with plenty of moves on the market, which seems a bit undecisive at the moment, as BTC is testing 34k and 40k without going each way. Let's see what happened in the past 7 days:

...get the higher rewards for your investments using Blockfi , Crypto.com and Celsius.network. Get ETH while writing on Publish0x blog, using Presearch search engine to maximize your income with PRE tokens. Check my Lbry.tv channel in here and use Torum instead of Twitter . I am also writing on Read.cash.