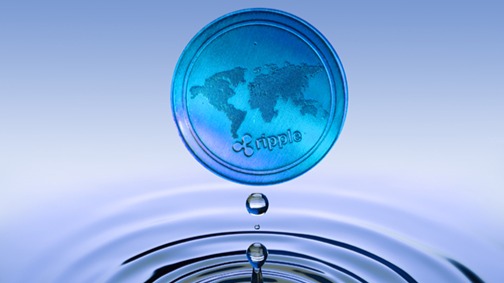 XRP and the SEC's Lack of Clarity (Part One)

On December 22, 2020, the Securities and Exchange Commission (SEC) filed a lawsuit against Ripple Labs' executives Christian Larsen and Bradley Garlinghouse, in what is later to be known as the "Cryptocurrency Trial of the Century." Shrouded in mystery, the case was filed a day before Jay Clayton stepped down as SEC chairman. Strangely, the votes among the commissioners were not unanimous. Two out of the five commissioners did not agree that XRP is a security and hence, should not require SEC regulation. To add more to this controversial case, Clayton joined a large firm invested in Bitcoin and Ethereum, XRP’s competitors in the crypto market. Some analysts considered this move as a conflict of interest of the case he hastily filed and left.

While the case is far from over, it had its twists and turns. Judges handling the case had different perspectives on the matter. Adding to more complications were SEC prosecutors who are keen on pinning down Ripple with their set of arguments. More controversies and discoveries on both parties were thrown at the judges' tables. However, the most cunning of which was SEC overextending its powers to Ripple clients abroad, which Ripple argues to be a federal violation.

Recently, Ripple appointed former 43rd US Treasurer Rosie Rios to its board of directors and hired Kristina Campbell, a former fintech executive in Green Dot and PayNearMe as its chief financial officer. On the other hand, SEC will be introducing two new lawyers in the case. Nonetheless, if Atty. John Deaton’s Motion to Intervene gets through, the case will be more interesting as XRP holders will have their voices heard.

The Question of Security

Although others would argue, Ether was a security when it was first offered. Vitalik Buterin and the Ethereum Foundation’s unregulated selling can thus be considered illegal. Nonetheless, the SEC never filed a case against the foundation as the former SEC Director of Corporate Finance William Hinman identified Ether as an asset or commodity rather than a security in 2018. Speaking at Yahoo Finance’s All Market Summit: Crypto, he argued that based on his “...understanding of the present state of Ether, the Ethereum network and its decentralized structure, current offers and sales of Ether are not securities transactions." In that same year, the SEC filed a class-action suit against Ripple Labs for allegedly selling XRP coins, which it vaguely deemed as a security. This lack of clarity in the SEC threatens the whole state of the crypto industry.

SEC Chair Gary Gensler spoke for the first time regarding crypto. He briefly mentioned imposing certain regulations in crypto exchanges to protect investors during a recent Congress session. This should be a welcome move from Gensler to put a stop to illegal and shady transactions. With his knowledge, he should be able to address the lack of clarity in cryptocurrency classification. The SEC’s plan to put XRP under the 88-year-old Howie Test is ridiculous considering the current nature of the product which is nonexistent in the 1930s. Finally, the SEC should be reminded of its tenet: “The mission of the SEC is to protect investors; maintain fair, orderly, and efficient markets; and facilitate capital formation. The SEC strives to promote a market environment that is worthy of the public's trust."