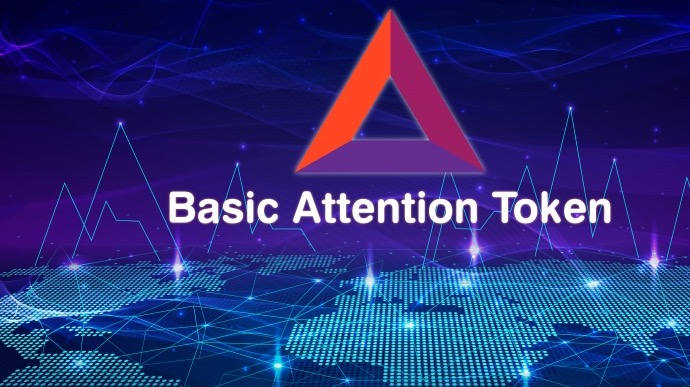 Basic Attention Token (BAT)  is a digital currency developed by Brendan Eich’s on the Ethereum Blockchain. BAT  was established as an exchange market support to serve advertisers publishers and users. Furthermore, It can  pay expenses for data protection and advertisement. Such expenses include in-site advertisement campaigns.

Meanwhile, we can easily presume BAT to be a unit of exchange. which can be converted into value rewards once a user views an advertisement or also while taking caution of an advertisement. Take this for instance, in today’s advertiser-publisher struggles. The advertiser pays for ad space on a publishing platform.

Onwards, the publisher runs ads partly on the content they have on their platform. The content is usually offered for free to the user/viewer, as in the likes of Youtube and Vimeo. However, for the promoter to earn any reward from the ads, the viewer must also view the ad alongside the free content.

Unfortunately, incase the viewer decides to skip the ad as with most cases. There is no CPI (Cost Per Impression).

CPI is the amount an advertiser has promised to pay a publisher per 1000 views of an advertisement.

BAT solves this challenge by rewarding users who might not view the advertisement but might react to the content. Additionally, the token also forms a fresh basis of rewarding both publishers, advertisers and users. Importantly, the advertiser uses the platform to get the best promoter for their products and services.

Comparison of BAT with the Current Advertising Situation

In the current Internet era, BAT has a cutting edge advantage against the entire plethora of browsers. Whereas existing browsers fail to prioritize on giving attention to readers, lack of concentration creating wastage of bandwidth. Plus a couple of security challenges and low publisher revenue; BAT comes with an in house solution to all the above named challenges.

Collaboration with top companies will likely propel BAT to greater heights in the coming years. A few of the speculative collaborations include partnering with Apple, Tap and Amazon among others. The crypto ground investment is expected to teach up to $0.2182 at the end of the year which will be an increase of 66.21 %. In 5 years, this could be a whopping  $ 0.9139. the digital coin price is predicted to be $0.2141 and $0. 545.The wallet is expected to have the greatest growth up to $0.0365 in 2019 while the trade beast to have a growth of $2.5.

Why Should You Invest in Basic Attention Token

BAT is a digital advertising with 5.5 million subscribers across the globe. It has experienced an increase of 40% due to increase in adoption.BAT has a credible team behind its development that ensures smooth running; additionally, who have a track record  from other projects like Mozilla and Firefox . During initial days of launching BAT, the Initial Exchange Offering raked up to USD 35 Million which was implemented in the platform to create more revenue streams; for users.

Token distribution is enhanced by transfer of tokens from a wave wallet. You can transfer multiple tokens depending on the amount in your wave wallet. Before  executing a transfer, always ensure you have sufficient tokens in your wallet.