The World Of Blockchain Interoperability

The blockchain space has been improving a lot. It’s an industry that has evolved at a very rapid pace. Before 2015, most public blockchain projects were only about transferring cryptocurrency from one wallet to another. Most of them had slight differences from Bitcoin, but they all had similar use cases.

But the rise of Ethereum and some other smart contract platforms leave several questions. Are they scalable enough? Ethereum average gas fees keep increasing as more people start using more DApps. It gets much harder these days for the casuals to transfer their crypto assets without paying high gas fees.

Moreover, with thousands of blockchains out there, it gets harder to keep up with the pace. The world wants a simple solution that is compatible with all these different assets issued on different blockchains.

Some crypto projects are now trying to solve these issues by creating the solution in the name of “interoperability”. Yes, imagine one giant ecosystem of blockchains where different blockchains can connect to each other and still be able to operate independently. This will lift the burden of gas fees if each chain works independently while still able to connect everything into one big ecosystem.

So, what are these interoperability blockchain solutions? Here’s the list. 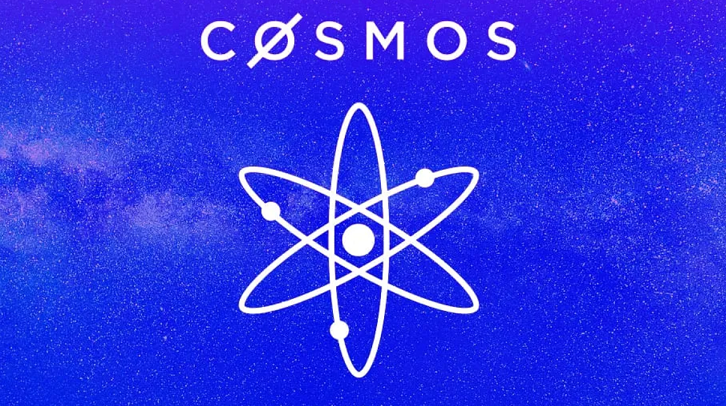 The most obvious contender in the blockchain interoperability world is definitely Cosmos (ATOM). Even if you go to Cosmos official website, they claim that Cosmos is the “internet of blockchains” itself. With Cosmos, you can use their Tendermint engine and Cosmos SDK to create your own blockchain without many resources. It’s very instant as if you are creating a new software using an established SDK.

Cosmos became popular after its Tendermint was used by Binance to create its own blockchain called Binance Chain. Since then, Cosmos became popular and gained a lot of loyal supporters. New projects built on the Cosmos ecosystem include Kava, IRISnet, and BAND protocol - which are all getting popular now.

Another obvious competitor in the world of blockchain interoperability is Polkadot. It’s one of the bigger hypes this year because this project was started by former Ethereum CTO and inventor of Solidity, Gavin Wood. Through his Web3 Foundation, Gavin Wood and his partners had to spend years developing Polkadot and finally it is going live.

Just like how it is easy to build on Cosmos, it’s also easy to build on Substrate and connect natively to Polkadot blockchain. Substrate is like a web app framework, but it’s intended to create decentralized systems. And yes, as mentioned earlier, building a project on substrate will allow you to connect directly to Polkadot or other chains that are built on the same ecosystem. Right now Polkadot ecosystem hosts various projects in their early stage, such as Stafi, Rio DeFi, Mantra DAO, Edgeware, Polkaswap, and others.

Another top candidate in the blockchain interoperability solution world is Fusion. This one might not be as popular as Polkadot and Cosmos but it’s still a dark horse. Its core technology is called DCRM, where they use sharded key storage schemes as well as distributed transaction signatures. Fusion is natively built to support heterogeneous chains, with connected blockchains mechanism to hold and transfer assets across multiple chains.

Despite its promising technology, Fusion had a bad start because it went straight to 2018’s crypto winter, where it destroyed FSN token price. It also had one hack incident that seriously damaged the foundation’s reputation for quite some time. Recently, though, it’s been making a nice comeback, and it has also tapped into the DeFI space with the introduction of Anyswap.

Here’s an interesting question. We are still in the very early stage of the cryptocurrency era. Obviously, nobody knows yet who is going to become the ultimate victor of blockchain interoperability competition. There will be new competitions and more promising projects in the future as well. But for now, it looks like Polkadot and Cosmos have a good head start over most other altcoins.

One thing for sure is that the blockchain space keeps growing and the possibility of connecting smart contract platforms from various chains will be exciting!