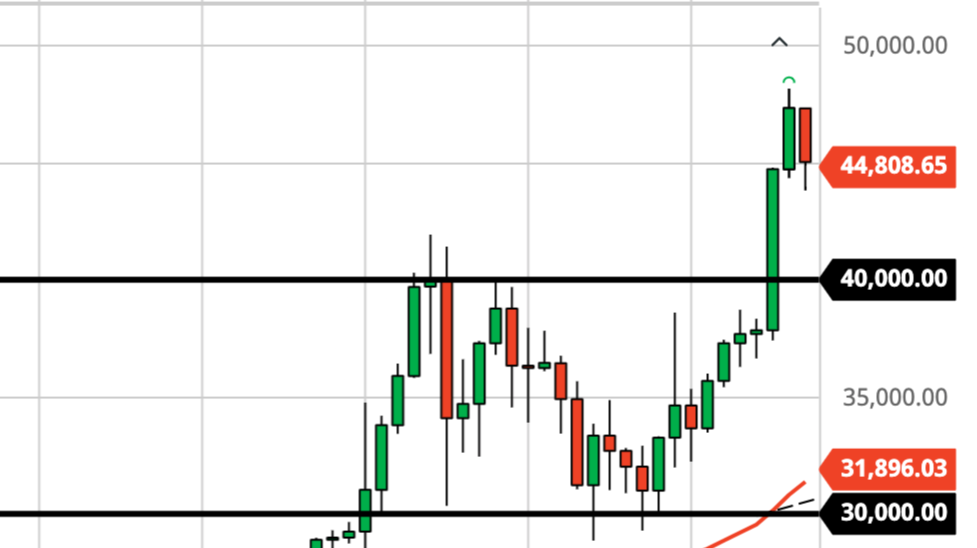 Bitcoin pulled back a bit on Wednesday, dropping down to about the $44K level before finding a bit of support and recovering to just under the $45K at the close of the trading session. This is a bearish candle but given the recent price action and newsflow, I think today's red candle is more of a speedbump than a pothole. Bull markets are not straight lines up and nor will this one be. HODL. 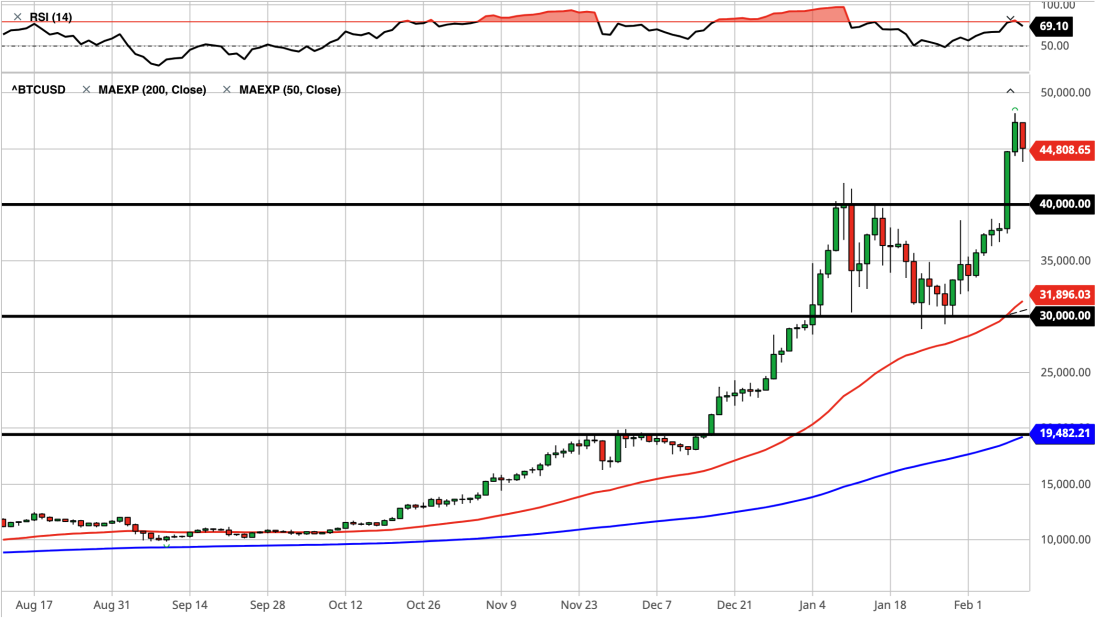 Bitcoin dipped a bit on Wednesday, pulling back just below the $45,000 level on the daily chart. I don’t think this is necessarily bearish at all; Bitcoin has to digest the gains every once in a while and as this market matures, there will be more short-term traders, HFTs, trading bots, and investors taking profits at odd levels according to their risk and allocation parameters. No fund or investor is the same, which is what makes markets markets!

That being said, the trend is up and Bitcoin is well within the range for a short-term dip on the road higher. Bitcoin's immediate term price target is $50,000, followed by $55,000 which would roughly equal a $1 trillion market for the digital asset alone. Above that, resistance at $60,000, and then every $10,000 until $100,000, which roughly coincides with my Elliott Wave Wave 3 projection from my yesterday's analysis. If W1 consisted of Bitcoin rallying from $10,000-$42,000, then this is now the start W3; of which wave threes typically measure 1.618 to 2.618 of Wave 1. So, according to those ratios, If this Bitcoin W3 is 1.618 times the length of W1, then W3 would terminate around $94,000. Also, it’s important to note that any forecasts or projections in my chart above are purely for the sake of price targets and not timelines or specific dates for these waves to take place.

In the meantime, we are simply in a buy the dips and HODL mode as Bitcoin grinds higher. If you're long the friend is your trend right now and as more newsflow comes out about large investors and big public companies like Tesla announcing their buying and adoption of Bitcoin with company funds, the green candles should continue to print. I highly doubt and have already bet that Tesla will not be the last public company to buy a substantial amount of Bitcoin to add to the companies balance sheet, so the real question is: who’s next?

Apple? Facebook? Slightly less likely because of their Diem project. Amazon? Google? Netflix? I think if anything, it would be a FAANG company, although MicroStrategy came out of nowhere so it really could be anyone. Either way, buckle up: it’s gonna be a wild ride.

In traditional markets, gold had another positive trading session, rising up to the $1,850 level before turning around and settling closer to $1,845. This is short-term bullish but gold needs to break above the 50 Day EMA in order to reestablish the uptrend that was broken late in 2020. Otherwise, a rejection for gold sending it lower would be good for the US dollar and possibly a negative factor for Bitcoin, which tends to trade similarly to gold and opposite the USD.

Look for tentative support at the $40K level which, now that we've broken above it as resistance indicates it should now be supportive. Below that, look for support at $35K and then the 50 Day EMA which is north of $31K and climbing.

Look for resistance at $50K, then $55K which roughly equates to a $1 trillion market cap for Bitcoin, then $60K, then every $10K until $100K. It's all but certain now: the institutional herd is coming. 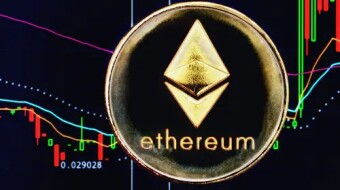