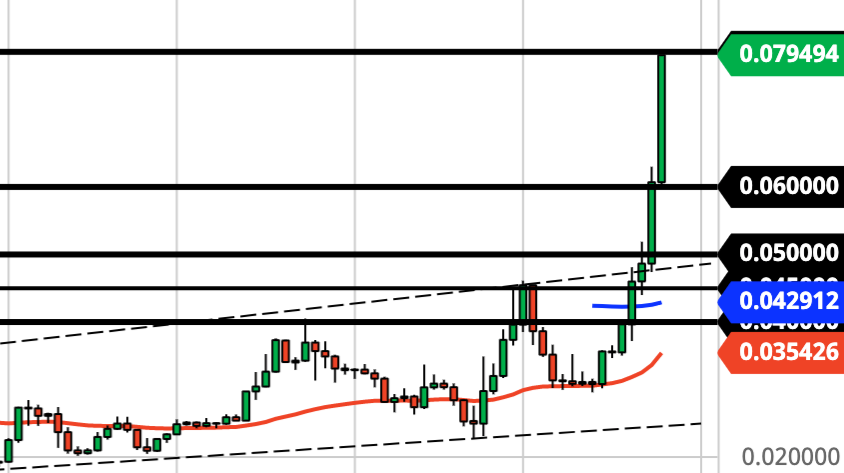 Ethereum picked up where it last week left off, rallying and slicing through resistance levels with ease. One large green candle after another pushed ETH over the $4,000 level up to about $4,400 before pulling back a bit, with ETH now hovering around $4,200. ETH is overbought by a few technical measures, but that isn't necessarily a sell signal in the thick of an explosive bull market. 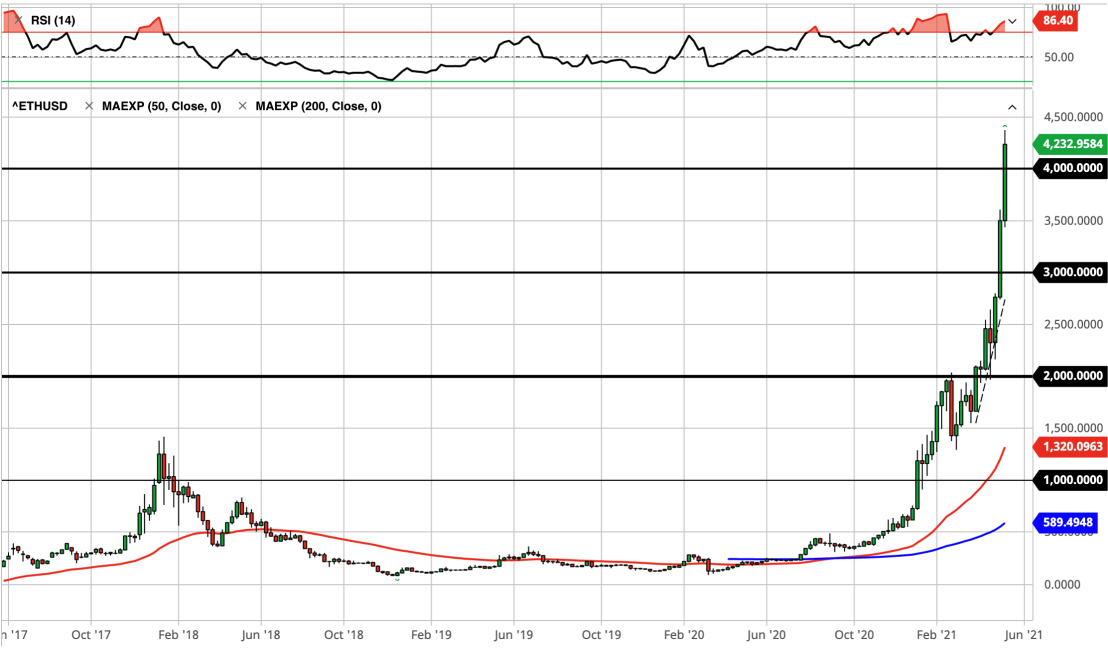 ETH's decisive breakout above $3,000 and now $4,000 is indicative of another bullish impulsive wave, accentuated by ETH's breakout on the ETH/BTC chart above 0.05, 0.06, and most recently 0.07 while BTC-USD remained stagnant in the mid-$50,000s. We have been due for a breakout for some time as ETH continued to put in a series of higher highs and higher lows in a long, nearly multi-year ascending triangle as ETH/BTC recovered from the depths of hell, bottoming below 0.02 ETH/BTC. While we may be approaching a short-term top, this is yet another higher high which should lead to a lower low once ETH finds support, setting us up for another impulsive leg higher to $5K and beyond.

ETH's widely anticipated EIP-1559 launch in June should provide another boon to prices as it the EIP will change the fee structure and burn millions in fees as opposed to reissuing them to miners, essentially putting a cap on the monetary supply or possibly even making it deflationary 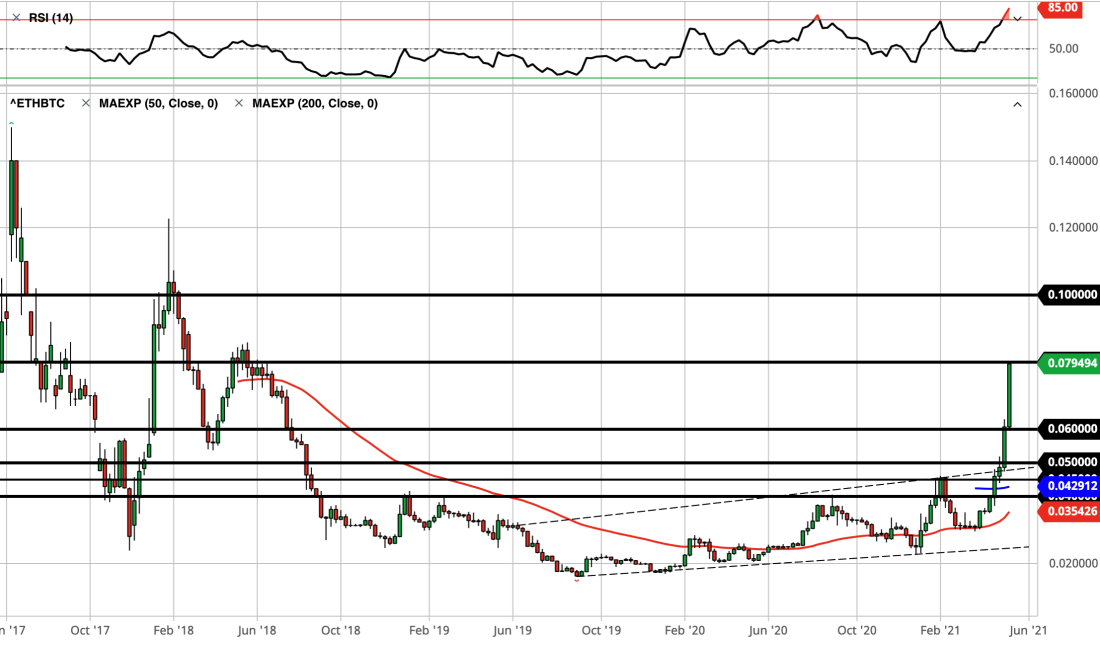 ETH's breakout above 0.05 snowballed, rallying up to 0.06 last week and the 0.08 ETH/BTC this week, touching a level we haven't seen since mid-2018. This is a phenomenal breakout and a long-term bullish one as ETH is now trading in a larger range and has broken above the long-term ascending wedge that formed at the bear market trough in late 2019. A pullback is due as the ETH/BTC weekly RSI is overbought at 85, however, in a bull market, these trends can run longer and higher than technical indicators lead us to believe. Granted, ETH is a bit overextended and has gone on an impressive nearly 100% rally over the past month, so a subsequent dip is to be expected before another leg up.