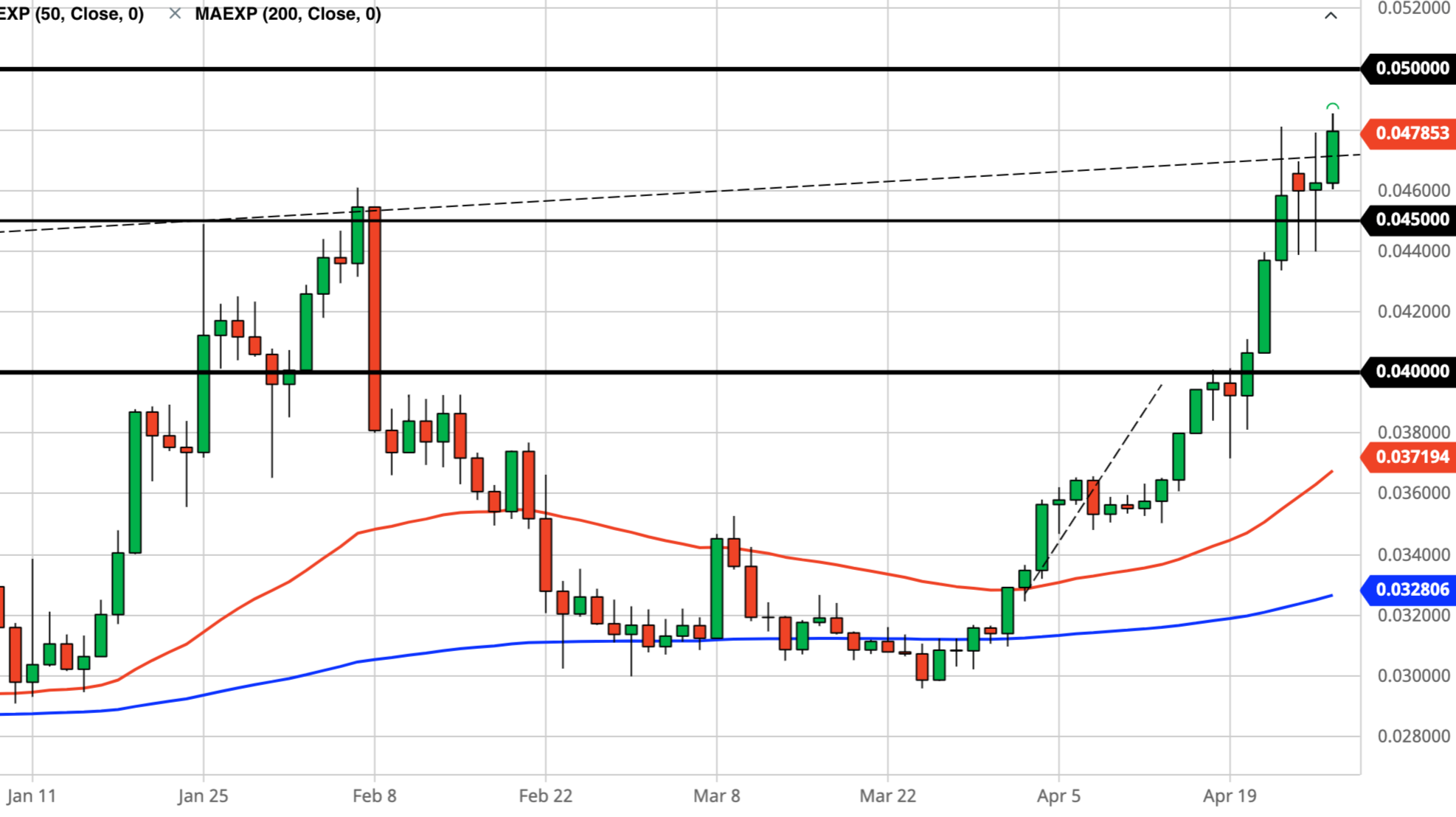 Ethereum broke out bigly on Tuesday, printing an impulsive bullish candle above the $2,500 level and up to $2,700, closing the daily candle around $2,625. This is extremely bullish as ETH has broken out of its $500 range and above a resistance level that stood in the way between ETH and $3,000. 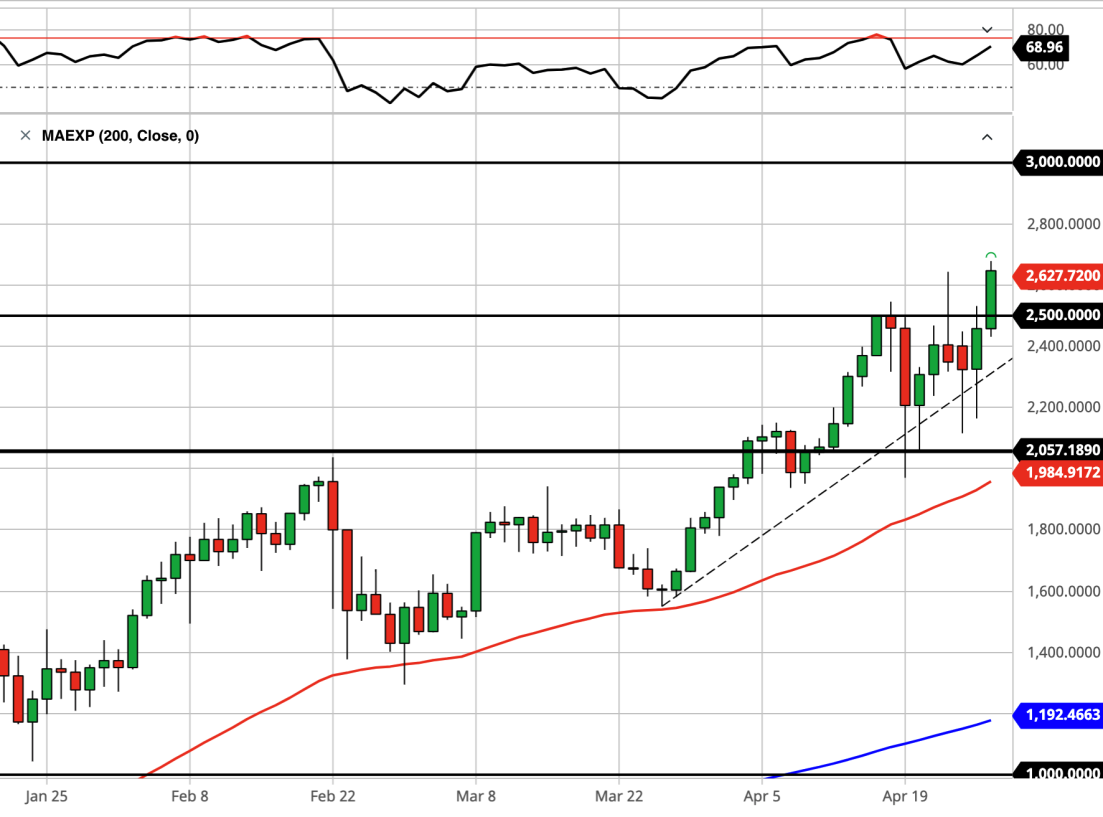 ETH broke out against the USD and Bitcoin, reaching a new USD high and rallying to over 0.048 ETH/BTC, its highest level since August 2018. There was some turbulence around 0.045 but once ETH broke above it it ran with it. ETH is now only a few hundred dollars away from the $3,000 level which is its immediate price target in USD and will surely offer some resistance. However, the more important resistance level to watch is 0.05 ETH/BTC, a major psychological level and the halfway marker back to 0.1 ETH/BTC.

ETH has gone an impressive run but I would be surprised to see ETH break above 0.05 in the short-term, as Bitcoin has been recovering nicely and consolidating for possibly another run up which would likely take some wind out from behind ETH. This should come as no surprise as there are no major impetuses right now for ETH until the London hard fork scheduled for June. It is likely between now and then that ETH will consolidate in anticipation of ETH's widely anticipated EIP-1559 possibly resulting in a deflationary monetary system.

I expect ETH to find resistance around 0.05 and likely get rejected, resulting in a retracement to the 0.045 level or possibly even 0.04 where it should find support. From there, ETH/BTC will have formed another higher high and higher low and will wait for its turn to run after Bitcoin's next wave up. We are progressing nicely but remember, alts tend to have most of their gains last in bull market cycles, so by that measure ETH likely is just building up for a parabolic run in late 2021 or early 2022, much like 2017-2018. 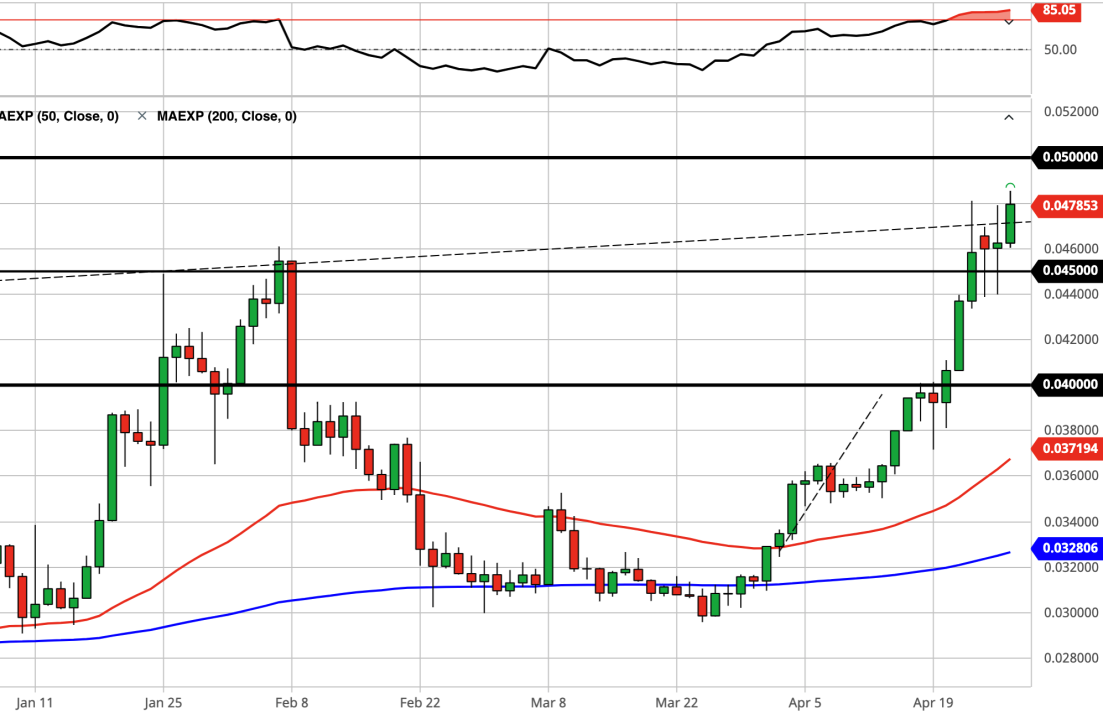 Please support the channel by "Tipping" this post below, or using either of these referral links.