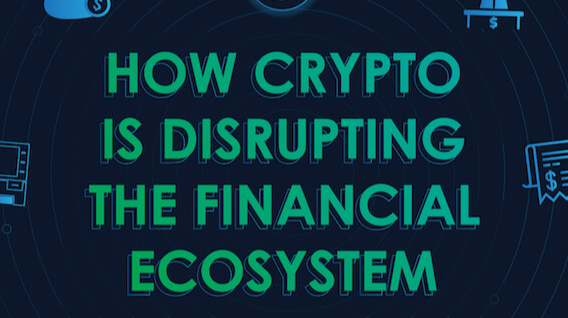 Since its concept was detailed in Satoshi Nakamoto’s “Bitcoin: A Peer to Peer Electronic Cash System,” cryptocurrency has taken on a life of its own.

Most of the spotlight initially went to the digital coin. And understandably so, since citizens affected by the 2008 financial crisis began questioning the credibility of fiat money.

Fortunly’s infographic shows that the level of confidence Americans have in traditional banks has not reached 30% since the Great Recession.

When Ethereum became a one-stop shop for Initial Coin Offerings in 2017 (two years after it was rolled out), the interest in blockchain technology began to grow rapidly. The platform democratized cryptocurrency, allowing anyone to launch their own altcoin for whatever purpose.

It was not a coincidence that 2017 was also the year that the prices of Bitcoin and Ethereum went through the roof. Their values rose by 2,000% and 3,000%, respectively.

Unfortunately, regulation failed to keep pace with speculation. Many invested in new shiny assets they barely understood. The result was the infamous 2018 cryptocurrency market collapse, which saw 85% of traded digital coin value vanished.

The bursting of the bubble somehow had crippling effects on crypto investors, but it did not disprove the practicality of blockchain. The crash was a harsh reminder that the world still has a lot to learn about cryptocurrency and the technology that powers it.

The significance of educators in the crypto ecosystem are more important than ever. Popular YouTube channels like Ivan on Tech as well as Publish0x, an influential crypto-powered blogging platform, have the sacred responsibility to preach the truth about all things blockchain and cryptocurrency.

Hopefully, the intensifying digital presence of crypto educators will protect investors from scammers and inspire future waves of talents to accelerate the growth of the global blockchain industry.

To learn about the different ways blockchain is being adopted in numerous industries, check out the infographic below!

Passionate Blogger with experience in the tech, finance and SEO industry. In love with research and faithful follower of the latest and trending topics. Not afraid to jump out of my comfort zone and discover new markets and ways to portray and share them.

This is a batch of various crypto market analysis by Fortunly's crypto specialist - Tamara Backovic.