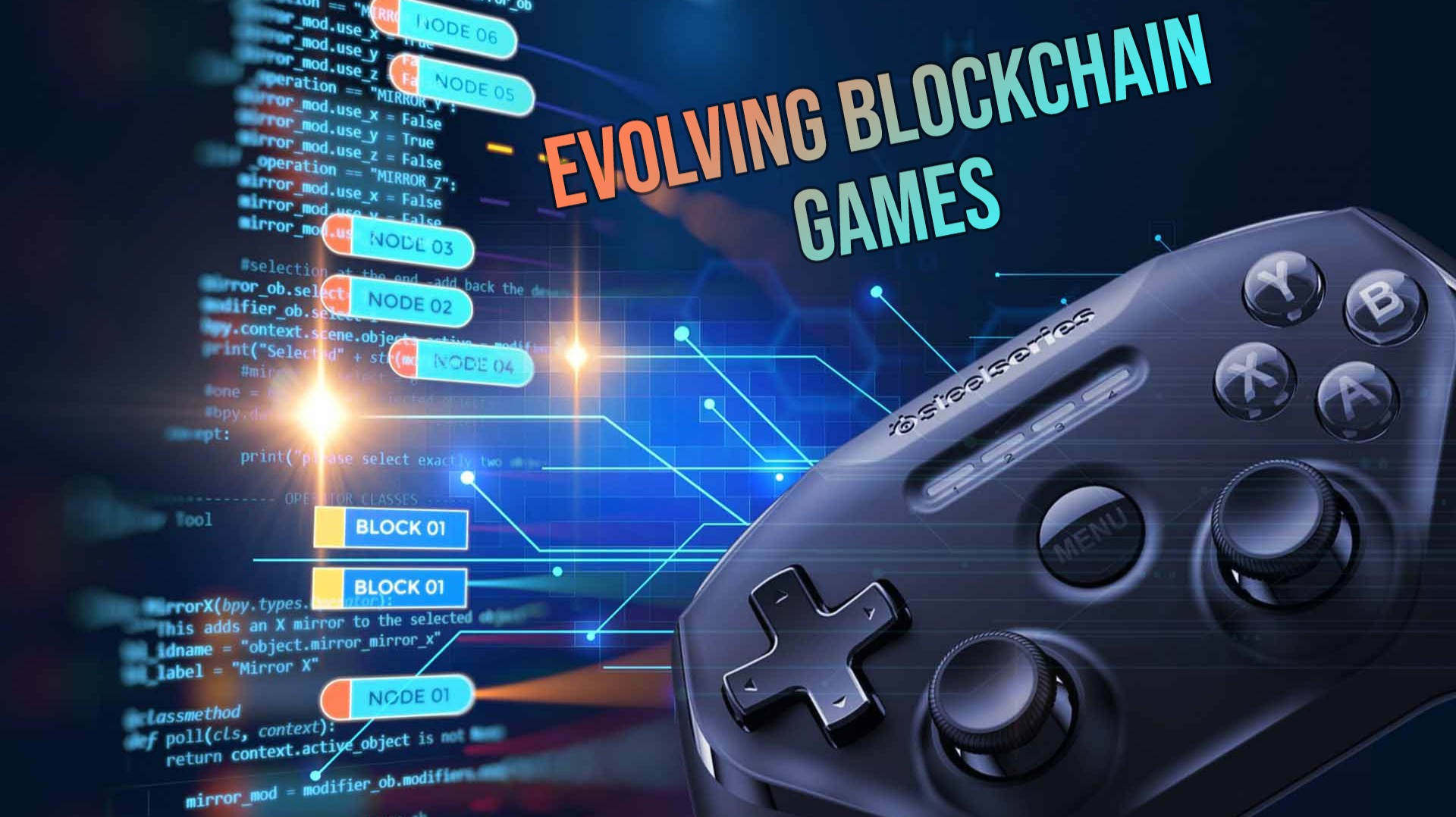 How will Blockchain games evolve

As a Video Game Designer, my heart hurts when I see how mind-numbingly dull most blockchain games are. It's always a monotone game that is either just a rip off of a older/simple game or a bad attempt of a more complex game that ends up being uninteresting. And the problem isn't really obvious unless you try more than one and go deeper into why these games, at least currently, can't be fun.

So... let's firstly talk about one thing. Were initial video games fun? Like when the very first video games came out, most of you probably have never heard of em, as you should since they are at this points relics of the past. Now these games were fun for their time, when you take into consideration that before them there weren't any, you can easily deduct that something is better than nothing at all. So for example, Pong, known by many and played by just about everyone was a fantastic game, a very simple one with the essence of the game being "beat your opponent". Over time these games had to evolve from just that, it became "beat your opponent and upgrade your character", then it became that + a million other stuff. And with blockchain we are at this point right now, beat your opponent... but wait... no we are not, we're currently at "pick this up" or "click enough times", so we're not even at the fun part at all.

Now why is this? The simplest answer is because they don't want to have that many player playing cause than the lifespan of the "coin" or whatever the hook of the game is would be short-lived since most of the games have a cap at how many can be minted. A similar answer is, so they don't lose money, if every game was financially viable for people and fun there wouldn't be a person on the planet not playing it which means it would stop being financially viable for the team making the game. There is also the technology part, integrating blockchain while also developing a game is not easy and is potentially also a reason why many games are just copies of other games. In almost all cases it comes down to money... so the end question is, how do you evolve further?

I of course do not have the answer to this question...yet, but I'd like to see what you guys think about this.

And as a final note, I am neither an expert or anything of the sort, I'm a Game Designer and talking from a designers perspective this is my opinion and isn't fact. And there are in fact a few projects attempting to make games fun so it also stands to see how those end up fairing.