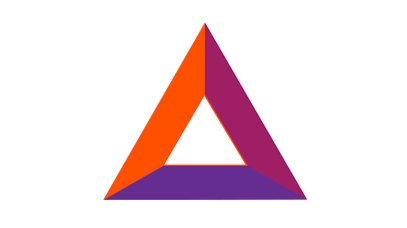 there currently is a problem with the Brave Rewards in Brave browser that I want to bring to your attention (maybe you have the same problem?) and share what I know about it.

I don't know if you are using BRAVE, but I do and I also opted in for the rewards - well, let me tell you, it worked like a charm for me in the past. Notifications came every now and then, many of which were interesting - I liked the format, I liked the idea, it was a pleasure being part, I even deliberately clicked on links to see what certain ads were about...

Well - it was all good until July that is. Late July, to be precise. At least I'd say that.
At first I didn't even notice it - got other things to do online than attentively watching out for ad notifications - but then it more and more came to my attention: there were not coming any notifications from Brave any more! I received no ads, I earned almost no tokens - the rewards were still working for the browser's background pictures, but these are a fraction of what the notifications bring, I am not earning anything to tip anymore :(

That in itself is maybe a bummer, but what's really bugging me about it is, that I have been a sort of "mini evangelist" for BRAVE in the past and even made people join the Brave Creators program and promised I'd tip them - well, I can only do that if I earn enough BAT, which I am not doing anymore since weeks! That is really bugging me as people may think I'm an idiot for recommending BRAVE to them :(
That's also a reason for me to make this post - so that I can show it to people who are upset by my recommendation to join the "Brave project" as a creator, so to speak. It's a software problem and I hope it can get fixed soon...

I read up about the issue and this is what I know:

- This is a common issue. 129 of 139 people in a poll on brave community forum reported to have it (as of right now)

- The BRAVE team is aware of this problem and say they are "working on the problem", but there's no timeframe given to us

- The "nightly build" version of BRAVE does NOT have the issue, I tried it myself and the first ad notification came in minutes - but the "nightly build" is a sort of test bed for new features and is quite prone for bugs, you need to be aware of that (I am not using it because of that - but if you are desperate for rewards, you can get your ads ans earn BAT in that version) - can be obtained here: https://brave.com/de/download-nightly/

Anybody else on here that has this July bug issue and wants to share his/her experiences?

Observations of developments of blockchain projects with focus on Austria...