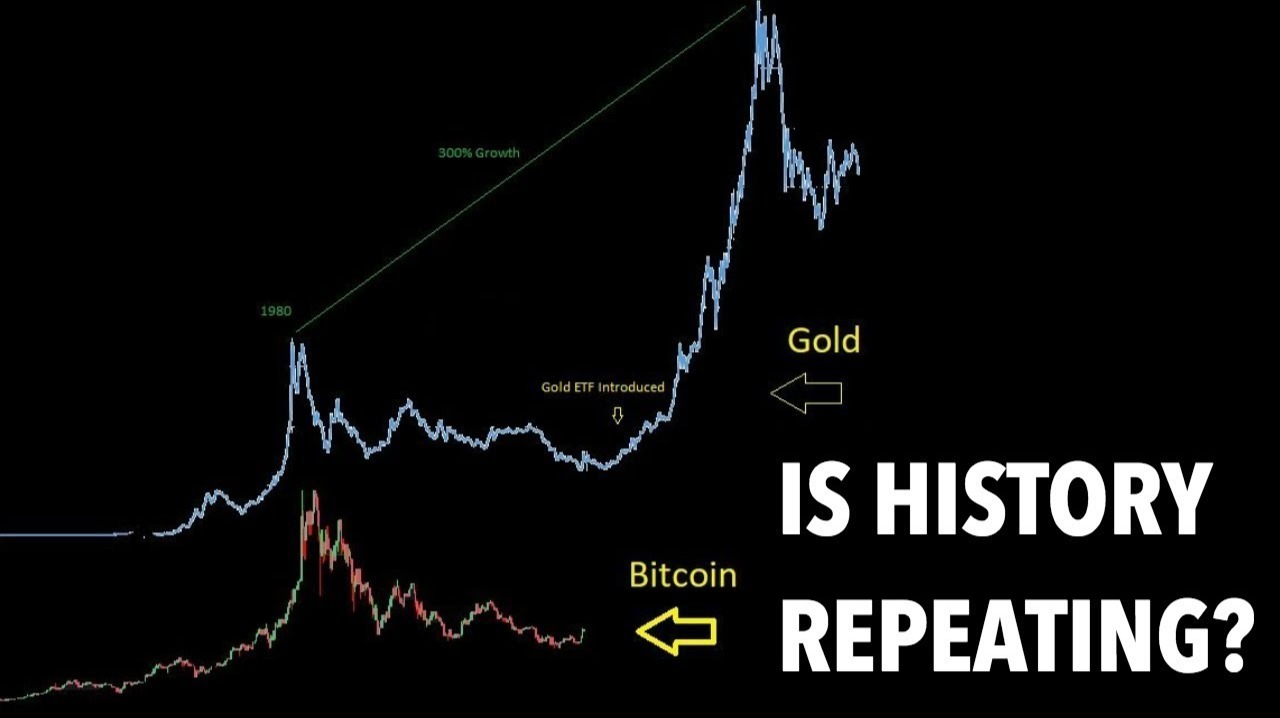 Bitcoin and gold price comparison: the yield in 2019

Bitcoin opened the year with a rate of $3,797 which is almost impossible to imagine now. The preliminary highlight this year is $13,831 according to the Brave New Coin price index (see figure below).

Since then a decline has started. This week the price dropped to $7,724.

Gold opened the new year with a price of $1,282 and reached its annual record of $1,557 at the beginning of September. At the time of writing, the price fluctuates around $1,500. 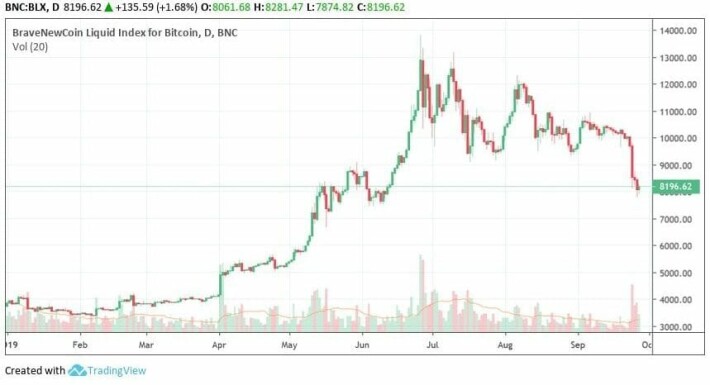 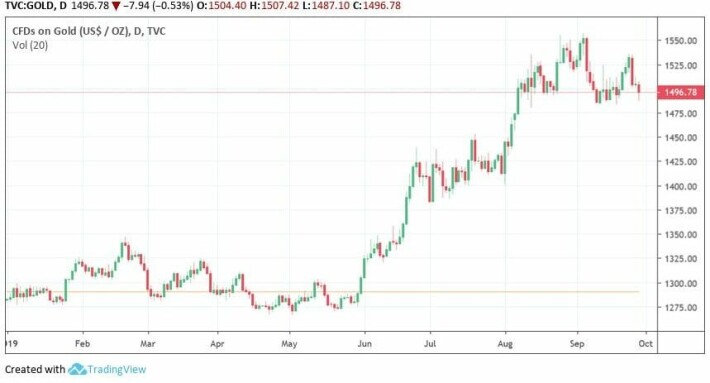 If we look at the graphs above, the run of bitcoin started in April and it has performed a lot better than gold.

At its peak (end of June), BTC's price rose by 260%, before the descending triangle began to take effect. If we now calculate back, the return of 109% is still very good.

The price of gold has also risen this year, but less striking than BTC: the return fluctuates between 10 and 20% compared to the starting price this year.

If we go all the way back to the first moment that bitcoin was noted, there is an unprecedented growth of this cryptomint.

In July 2010 BTC started with a price of $0.06 and since then the price has increased by fits and starts. 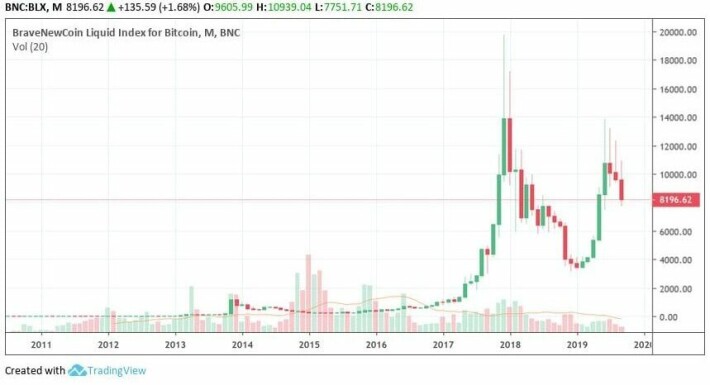 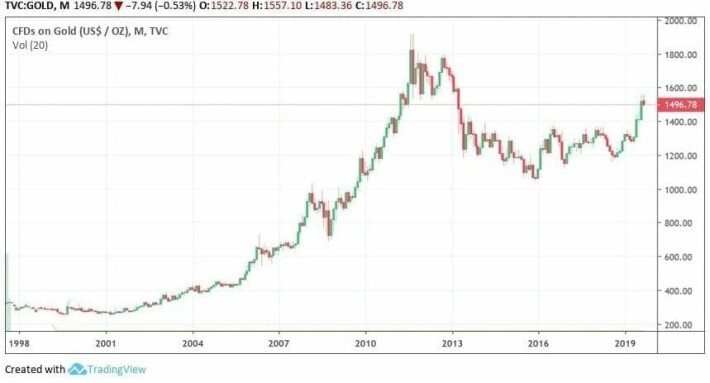 The percentage increase is not comparable: Bitcoin has risen 9390661% since its inception, while gold has risen by 25% over the same period of time.

A mitigating circumstance is that bitcoin is a very young asset at ten years and that the gold standard existed since the second half of the nineteenth century until it was abandoned in 1971.