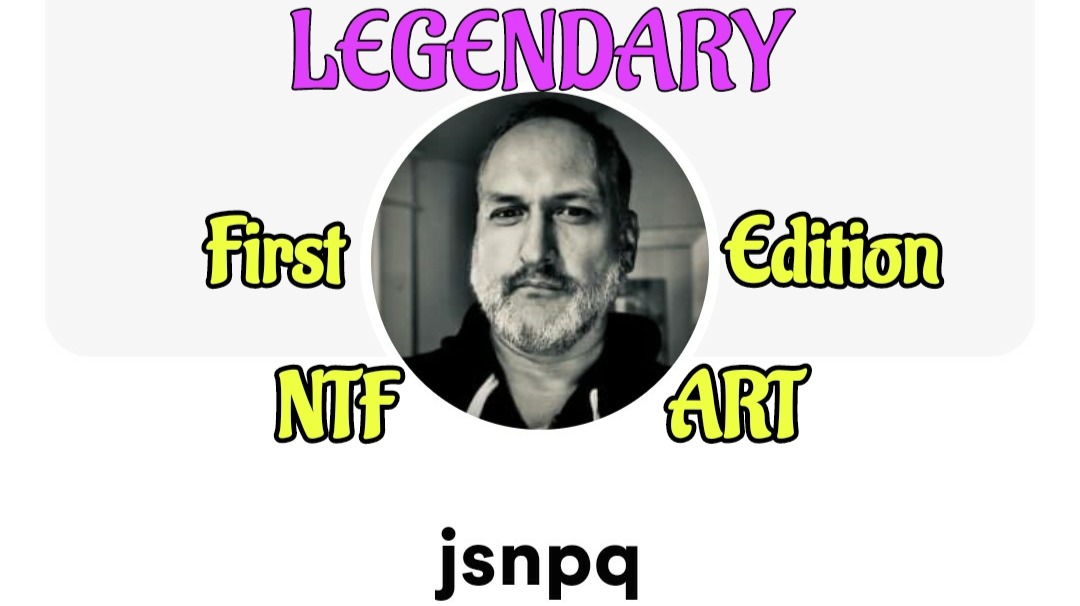 I am happy to introduce you to a fascinating and prolific artist, a Las Vegas legend who has created their first NFT collection which is now available for purchase on Rarible.

[Disclosure: Not only is this artist a personal acquaintance, but they are long time good friend of mine with whom I have collaborated on several music projects going way back to Las Vegas in 1994.]

The artist is Jason P. Quiggle. Jason is an artist who works in several different media; painting, photography, poetry, and music. This is his first collection of NFT art.

To understand why this is a collection of significance and value, you should know a bit more about this artist.

Jason Quiggle was born on a military base in Germany and raised in Las Vegas. He currently resides in a small town in Washington with his wife and two dogs. It gets better.

Jason is a published poet of rare brilliance and daring creativity, his poetry has been featured in several publications. The quality and uniqueness of his poetic voice is such that he has been honored by the city of Las Vegas, having a poem quoted and set in concrete on the Poets' Bridge. This was not some scratching of a few words and a name in fresh concrete as an act of vandalism, rather this was a specific honor for one of the most uniquely creative voices ever spawned out of the Las Vegas poetry scene. Long after we are dead, both he and I as well as you and everyone you know, his words and name will still be there to be seen by countless generations to follow.

As a veteran of the Las Vegas poetry and performance art scene, Jason makes several appearances in the recently released documentary film Parkway of Broken Dreams.

One of Jason's paintings has been featured on the cover of an issue of Spirit Caller Magazine.

This collection of Jason's artwork is a selection from his Temporary Gallery series. These particular selections are abstractions and primitive scenes composed of bold lines in bright colors on a black background, animated to show the process of creation.

When asked to describe this series of works and its intent in his own words, Jason says he is "exploring where street art and tagging cross with cave paintings/petroglyphs and ancient art - Keith Haring and graffiti being somewhat of an inspiration." That description comes across well when examining the works.

This is not a repetition of the same image run through various pallet combinations and churned out like silk-screened images of soup cans. There is time and attention put into each of these images.

Each NFT is uniquely individual and a one of one, just like Jason himself. As he produces more NFT works and gains in popularity, this collection will likely appreciate due to its scarcity; being the first edition and each a one of one.

This is a once in a lifetime opportunity to invest in a special artist who is already of some note outside of the NFT space. The city of Las Vegas literally paid to have his name set in concrete for a public display which will outlast us all. History will remember the name Jason Quiggle. And, you now have the opportunity to own a digital piece of Jason Quiggle history!

You can purchase an original Jason Quiggle NFT from his Rarible gallery.
https://rarible.com/jsnpq

You can also view a broad selection of his more recent works at his website, jasonquiggle.com, and if you like something else you find there, he may take a request to include it in his next collection for purchase.

Whether you are already investing in NFT art or have been looking for the right opportunity to get started, this is your chance to own something truly unique. An original Jason Quiggle NFT will look amazing displayed in your digital space within the metaverse. Owning a first edition Jason Quiggle NFT will give you additional bragging rights. Make your best offer and place your bid now!

Authentic biological human male. Based on a true story.

Odd thoughts on the Crypto Craze and associated aspects of the Madness of the Marketplace. Not intended as financial advice. For entertainment and educational purposes only.