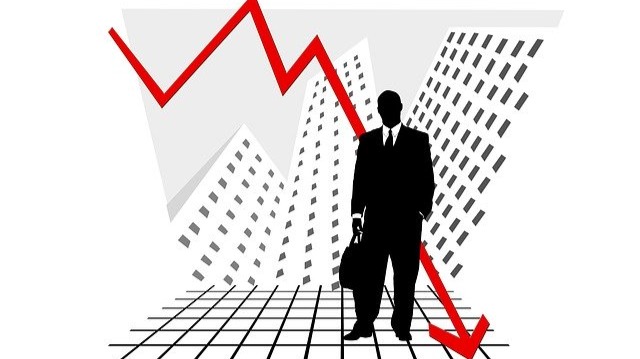 What is the deflation?

In the previous article we talked about the concept of the inflation in the economy in general, and since the cryptocurrencies and its economic system can only be well understood if we understand the general economy and know all of its terms, Today we're going to continue with another term which is the deflation.

What is the deflation?

Deflation is a general decline in the prices of goods and services, and deflation is generally linked to the supply of money and credit in the economy. During a recession, the purchasing power of money increases over time, reversing inflation.

Deflation drives down the costs of capital, labor, goods and services, although their relative prices may change. Deflation has been a popular concern of economists for decades. Deflation appears to benefit consumers because they can buy more goods and services with the same income over time.

However, not everyone wins with falling prices, and economists often worry about the consequences of falling prices in various sectors of the economy, particularly in financial matters. In particular, deflation could harm borrowers, who may be forced to repay their debts with more money than they borrowed, as well as any financial market player who invests or speculates on the possibility of increases in price.

By definition, monetary contraction can only occur through a reduction in the money supply or financial instruments that can be recovered in cash. In modern times, the money supply is more affected than central banks, such as the Federal Reserve. When money supply and credit decrease, without a corresponding decrease in economic output, the prices of all products tend to fall. Deflationary periods usually occur after long periods of artificial cash expansion. In the early 1930s, it was the last time that a major recession had occurred in the United States. The main contributor to this deflationary period was the decline in the money supply after catastrophic bank failures. Other countries, such as Japan in the 1990s, experienced the recession of the modern era.

Lower prices can be caused by other factors such as

Falling prices can occur naturally when economic output grows faster than money and credit. This occurs especially when technology improves the productivity of the economy and is often concentrated in the products and industries that benefit from technological improvements. Businesses work more efficiently as technology advances. These operational improvements reduce production costs and reduce the costs passed on to consumers in the form of lower prices. This differs from, but is similar to, general price deflation, which is a general fall in the price level and an increase in the purchasing power of money.

This was a simple explanation of the concept of deflation, thanks for your precious time, and good follow-up.