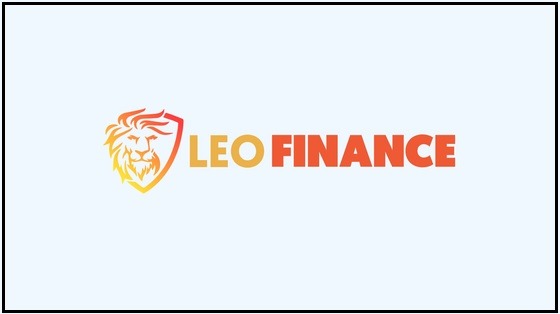 I have noticed a couple of posts around LEOM recently (Link) which is the miner token of Leofinance.io, so I had a closer look into is to see if it's one of the possible passive income streams I would want to get into...

When it comes down to crypto blogging platforms, things can get ridiculously complicated with many aspects making no sense whatsoever (Don't get me started on that). My general view is that for most it's all just about the rewards with the 'blogging' aspect being merely a tool to get to them. Take away the rewards and the entire 'community' will pretty much fall apart. Leofinance gets some parts right (development/token burns) and some parts wrong (content discovery). Overall it's by far the most successful tribe on Hive and certainly worth taking a look at for those who are into crypto blogging.

LEO Miner
Here is where things go to the next level and I have to hand it out to the ones who came up with this concept. Basically, LEO has a fixed inflation part of that inflation (I believe 15% in the case of LEO) is being mined by virtual miners which come in the form of LEOM & LEOMM (Mega Miner). If you stake these miners you have a chance to passively get some LEO coins. From what I understand, it's an extra way for developers to get some more funds.

It is pretty much "COINCEPTION".

Get LEOM to mine LEO, that can be converted to Hive in Hive-Engine to be transferred to your Hive Wallet where you can send it to an exchange to trade for BTC, Trade the BTC for Dollars or Euros Most Tribes on Steem/Hive miserably failed and show a similar pattern. It starts out with a tribe that is fairly cheaply created with a lot of Fomo of people who want to get in early in the hope to get good returns being able to sell what they earn from their stake to future sellers. Everyone all of a sudden starts becoming a blogger on the specific topic of that tribe pumping out as much 'content' as possible with Post2Mine / Upvote4upvote /Pretend2Care as the main keywords. Once early buyers become sellers and no new buyers come in everything pretty much collapses since most times there is little to no development or fundamental value behind the tokens.

The reason why Leofinance.io has been a success is because it has had some great development and things are actually happening with the value of the token being backed up by actual revenue (See Weekly Leo Stats Post). With the number of users going up and the ad revenue also increasing, the price of LEO recently got a big pump. The LEOM tokens are sold at a fixed rate by the team for 2 HIVE each which has made them far more attractive as the yield that can be gotten on them at the current Price LEO is going for is pretty high. Since everything is on the blockchain it can easily be seen how much the ones that are staking LEOM earn by going to the LEOM rich list here comparing it to what comes into the wallet. Doing this it can be seen that the Yield currently is above 100%. This will most likely come down as only around 35% of the total token supply is staked. Still pretty nice returns.

Is LEOM Worth Buying?
Honestly, I don't know. From what it looks like, Leofinance has survived the first and most difficult stage of existence and it's far less of a gamble now. I like what they are doing even though I still have quite some issues with the general upvote & content discovery it runs on. I will start out buying 100 LEOM with 200 Hive I have on the side just to start monitoring it more closely and I'll see where it goes maybe buying more along the way.