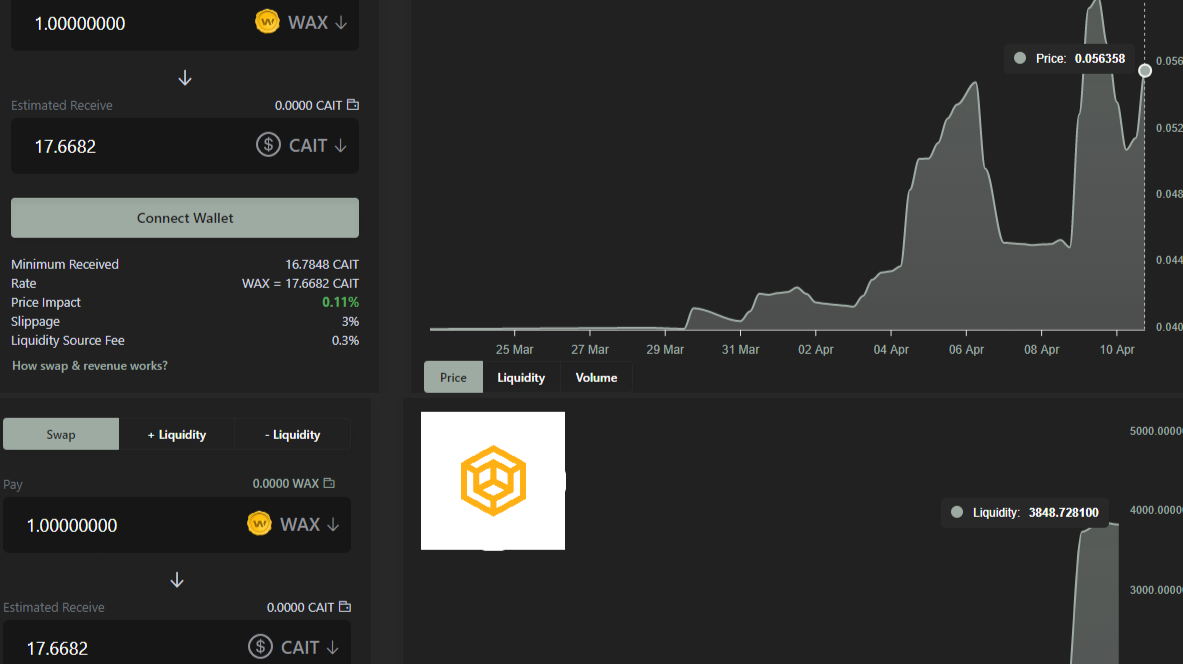 Hey everyone, it's been a while since I have made an official post on behalf of the CAIT team and project. Today, I am going to explain and explore the findings of our first month of pre-market beta testing, our new logo and logo design, some airdrop news, the first reveal of a proposed governance and proposal system, a new CAIT team member, and a major announcement. 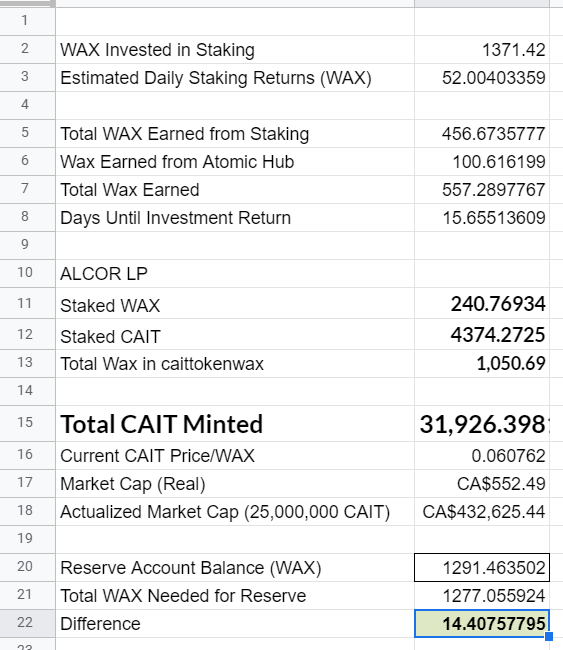 We officially started CAIT tracking on March 10. I put in an initial investment of 1337 WAX, so how much was I able to make this month? As of writing this, the program has generated 1,291 WAX in 30 days. making the first month's returns quite insane. We have officially passed 1000 WAX in reserve and 25,000 CAIT minted. The current market cap for CAIT tokens is higher than the original investment just 30 days ago. This proves that the system works, has market demand, and can be replicated by reproducing the same positions and placements in the investing strategy. We have been aggressively buying and staking from three main projects this month, and these projects have provided a majority of the revenue. Those projects are Alien Worlds, the R2 franchises, and Ultra Rare's Collections. This is all made possible by rPlanet's staking features and AETHER token. I don't want to hype too much but right now it's looking like sustained APY% on investments is close to 500%. (This is an estimate, and an early estimate, please do not assume this will always be the rate.)

We have been working hard to make sure that what we put out is to a high standard. Today we officially unveil our logo going forward on the WAX Blockchain. The block on the left will be used as the token logo on markets and on different social media. The logo may be seen horizontally, vertically or in some other special organizations later. We wanted something simple, and professional looking. Let us know what you think!

We successfully dropped CAIT tokens twice yesterday for the first time using two new custom contracts on both the caitairdrops and caittokenres accounts. On Friday April 9, we released 1074 CAIT tokens to the first 67 signups on our website, if you missed this drop, feel free to sign up for any future airdrops by heading to the webpage and filling out the Google Form on the home page. You only need to sign up once, once you are on the list, you're on the list.

We also were able to drop CAIT to our drop buyers for the first time thanks to the second new contract. We were able to distribute the gains, almost 10,000 CAIT to the purchasers of the NFTs! This is game-changing for us, and potentially for the platform as a whole. We have effectively automated paying out a custom token to the purchasers of our products. This is possible due to the initial agreement that will be added in the next whitepaper update. All CAIT sanctioned NFT drops going forward will have this as the minimum requirement. Per WAX sold, 25 CAIT is generated. 12 CAIT goes to the original purchaser of the drop, 12 CAIT goes to the artist or creator who designed the NFT in question, and 1 CAIT will be added to the caitairdrops pool to be redistributed across the totality of wallets holding CAIT as somewhat of a mini dividend.

Yesterday as a result of our successful drops, we have passed the 100 wallet holder barrier which triggers the first governance proposal, frameworks and potential for future consideration. Today, we are only going to be speaking in generalities, because each point in this system will be subject to a vote, which I will explain further in the post.

The Form and function of this system are to create more wealth for those users who are the most directly involved in the project and have the most invested while also keeping the smaller, casual holder franchised by giving them a reasonable opportunity to take action on behalf of a proposal that they believe will make the project better. We want the community to run this project, we just want to guide it. 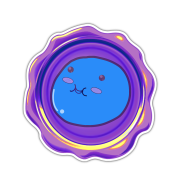 We want to also announce our newest team member, advisor and maybe part-time artist, SuperPuft / PuftCreative on AtomicHub. If you see them in the Telegram chat, feel free to say welcome to the team! This is just the first of hopefully many new partnerships and associations that CAIT can have with creators on the platform to bring an even greater audience to these artist's fantastic work. We want to be the hub for which creators and investors can meet to ensure that creators are getting what they truly deserve as far as compensation. Fair, and equal distribution of resources and funding often holds creators back from making art a full-time career, we want to open the doors for creatives to be able to work and do what they love, and actually be able to live off of their earnings.

If you are a creator, technical wizard, writer, or just a lover of the NFT space and you would like to speak about potential partnerships, sponsorships or collaborations please message me directly on Telegram @x5ofspadez. We are always looking to expand and create a solid team of people who care about making WAX, CAIT and the NFT investing space a success into the future.

I want to thank each and every one of you who has taken the time to read this and to care about this project in even the slightest. We want to create real wealth and opportunities for this fantastic community that we have all fallen in love with. If you have any questions, please feel free to message me directly.