High Risk or Safe Haven - What drives people towards Bitcoin around the world?

I often look into surprised faces when I say that many people use Bitcoin as an insurance policy - as a way to preserve their wealth.

What they don't realize is that this is a matter of perspective. If you're in a financially comfortable place, you will consider Bitcoin risky. You may be in the privileged position to put "money that you can afford to lose" in Bitcoin - just to "gamble" a bit. If it doesn't work out, no harm done.

But people in countries with financial or political instability see Bitcoin as a safe haven (and that affects the Bitcoins in your wallet, too. In a good way! Read on...).

They are interested in preserving the value of their savings, which they worked so hard for all their life. They are trying to protect themselves from:

Bitcoin is the only un-confiscatable asset in the world. 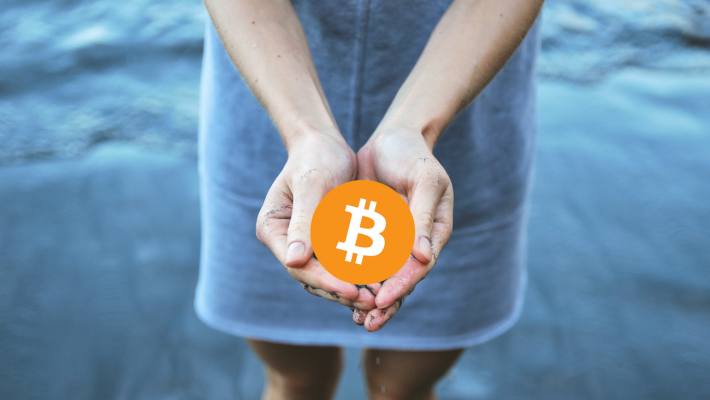 When you have your private key, nobody but you has access to your money.

People in Cyprus learned about the value of Bitcoin in 2013 when all their savings above €100,000 were confiscated in order to bail out their banks during a crisis. (The same fate awaits any other European, should there be a banking crisis in their country.)

People in Greece learned about the value of Bitcoin in 2015 when their banks were shut down for a week, and all they got was about $60 per day. Can you imagine the queues at the ATM's?

People in the UK learned about the value of Bitcoin when the Brexit vote happened and the British Pound dropped significantly in value.

People in India learned about the value of Bitcoin in 2016 when the government suddenly banned all 500 and 1,000 Rupee notes - 86% of the countries cash in circulation. The whole country had to queue at the banks for days to exchange the old notes for new ones. Often in vain, because not enough new cash had been printed in preparation for this event. Many people actually died in the process.

In Germany, the first banks started charging their customers negative interest rates for any savings above €500,000 this week, on July 1st.

Now think about Mexico and its strained relationship with the U.S.. Think about Iransince the U.S. sanctions against them. And Venezuela, of course, with its hyperinflation.

Are you expecting more political and financial stability or less, in the near future?

When people lose trust in their currency or their government, they begin looking for ways to bring their money to safety. The only safe, un-confiscatable place is Bitcoin and other cryptocurrencies.

That's why - yes - in the Western world, where most people do not currently have a financial problem, there is no big interest in Bitcoin as a means to preserve wealth yet. People only get interested in Bitcoin once they have a problem that needs solving.

There is an investment opportunity, though...

When it comes to growing your wealth long-term, things look a bit different.

Some people in the Western world do recognize a financial problem in their future - whether it's 5, 10 or 25 years from now - and they want to take action now.

Here's the thing: Bitcoin has a limited supply of only 21 million coins. The more the demand for it grows, the higher the price of Bitcoin will go.

The earlier you get yourself a piece of that pie, the higher the chances for financial stability and a "safety cushion" in the future.

No, this is not a Ponzi scheme. But there will come a point in the future when the price might stabilize. It will still be solid store of value - just like gold - and it may even be a currency we use on a daily basis. But it may not grow as fast anymore as it does right now and over the next decade.

So when you think about whether Bitcoin is a good investment for the future, the only thing you have to ask yourself is, "Looking at the state of the world, do you expect more demand for it, or less?"

And do you feel certain and assured about your personal financial future in our current system, or not?

This is how you make your decision: Look at the world, and look at yourself.

When I ask my clients why they to invest in Bitcoin, every single one says some version of, "I worry about the future. I don't trust our banks anymore. I worry whether I will have enough when I'm old. I need a Plan B."

If you want a Plan B, too, just know that - no matter where Bitcoin's price currently is - it's NOT too late.

99% of the world's population do not own any Bitcoin yet. But every day something happens in some country, that makes its people look into it. That's why Bitcoin's price doesn't have a ceiling.

And no matter where in the world someone buys Bitcoin - it will increase the price of the Bitcoins in your wallet, too.

It is genuinely an opportunity of a life time - no matter if you're a Millennial, Generation Xer or Baby Boomer.

Anja Schuetz helps absolute beginners to become confident crypto investors and create a Plan B for their financial future. She is the author of How To Stay Safe in the Crypto Space and offers - a crypto safety guide for beginners - and has lots of free educational crypto resources on her website.

She also consults as a Customer Communication & Operations Manager for blockchain start-ups.