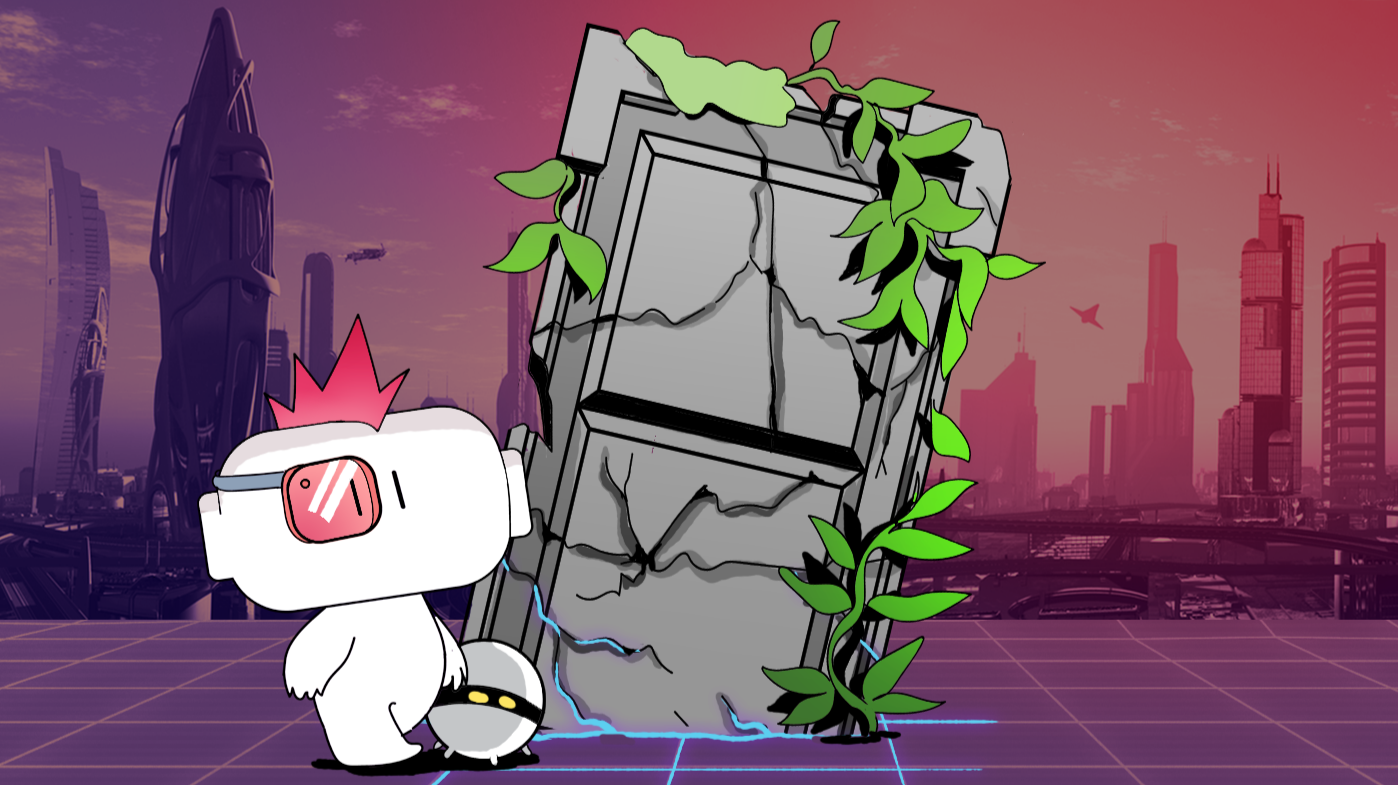 Let’s begin this one with a little thought experiment. Imagine you’re a billionaire art collector who has recently purchased an especially valuable NFT — say, a $69 million piece by a slightly overhyped digital artist who goes under the moniker of Bimbur. Or was it Bofur?

Anyway, you install a large display in the living room to show off your new fancy acquisition before your friends — it would be a shame not to. Then, as you walk past the same room several months after the purchase, you briefly glance at the screen — and see this:

The NFT you’ve just bought has gone bust! A million regret-tinged questions rocket through your head as you’re trying to realize what you’ve just witnessed. How did this happen? Who’s responsible for that? What will Marjorie say about this? Can I get a refund?

Well, we have the answers. Here’s why an NFT you’ve just purchased could turn out to be irreversibly broken any time from now.

Stumbling upon a link to a website that presumably contains the info you’ve been searching for hours only to find out that it leads to a 404 page is probably one of the worst feelings known to a human being. Anyone who’s ever been in the shoes of an undergrad student can relate to that — we’ve all been there. And guess what: sooner or later anyone who’s recently purchased an NFT might find themselves in this type of situation once again — but this time the pain of a 404 will probably be immeasurably worse.

The thing is, while NFTs are digital tokens on a blockchain, the actual piece of art they refer to is stored not on the blockchain itself, but rather on a web page that an NFT directs you to. Currently, most NFTs rely on URL links that point you to a certain file representing an art object you’ve acquired. This file is typically hosted on a server that either belongs to or is rented out by the startup that sold you an NFT. If the server that hosts your file suddenly breaks down, the link that points you to the file will instantly die.

So what happens if Nifty Gateway’s servers that host your file go bust — or if the website’s owner suddenly goes bankrupt and stops paying for the domain? Your NFTs will now point to nothing — and cost nothing. It’s as simple as that.

IPFS is not a solution

Certain proponents of NFTs argue that ensuring the safety of NFTs won’t represent a problem for digital art marketplaces that use IPFS (aka Interplanetary File System). So what exactly is IPFS — and why people counting on it happen to be utterly wrong?

Currently, most websites work off location-based addressing, meaning that in order to access a certain file, you have to go to a URL that is pointed to a certain server. Conversely, IPFS protocol is built around a decentralized system of users holding small fractions of the overall data, so instead of being held hostage to some third party hosting a valuable file, you now have an access to an entire distributed network for storing and sharing data.

In theory, resorting to IPFS could solve the issue of being dependant on a specific single host, but this still does not mean that IPFS-hosted content would last forever. The notion that IPFS ensures the preservation of data is but a myth: in fact, a number of recently minted NFTs stored via IPFS have already faded out of existence.

So yeah, even if every NFT marketplace around the world suddenly opted to use IPFS instead of URL, the problem in question would still remain unresolved. Until someone comes up with a way to counteract this issue and ensure the longevity of NFTs, several years from now basically any person holding a valuable NFT could wake up on a regular morning only to discover that their precious tokenized piece of art is nowhere to be found.