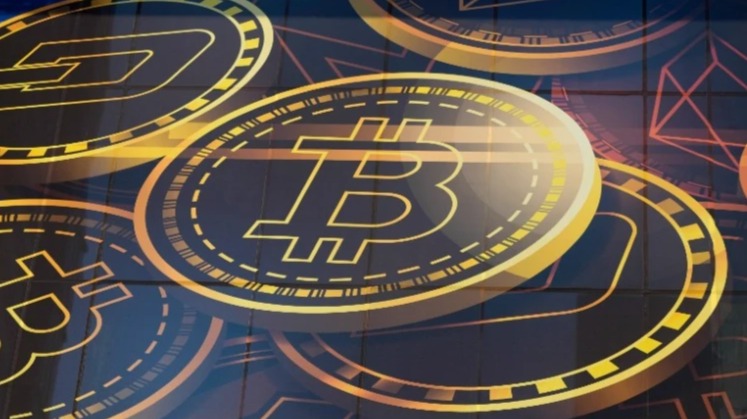 When Russia first invaded Ukraine the consensus thought by governments would be Putin would make considerable gains the question was how much and how fast. As we can see, since Russia invaded Feb 24th not only has Ukraine held but it has repulsed countless attacks on major cities across the country. This defense has forced Russia to change its whole strategy.   While the remaining troops in Northern Ukraine retreated the Eastern and Southern fronts were boosted with additional troops and supplies. With the idea of a lightning-quick takeover dashed the sanctions that the West had implemented on Russia have now been able to take a devastating effect on the Russian economy.

With an economy and government that has been frozen out of funds abroad and with limited options to increase funding for their war effort a concern began and has continued to grow that crypto could be used to beat the sanctions. While this idea is flawed on a variety of levels from the amount of liquid capital available to the public ledger aspect the most common blockchains concerns continue to mount. Yesterday I wrote an article discussing how Tornado Cash, a popular Ethereum mixer, was taking steps to address funds being funneled through the protocol with a new partnership that you can read about here.

So far today, there have been a series of huge announcements that show how the Russian effort is fluid and something to keep a close eye on. Today the US government announced a new round of sanctions that cover the typical things like banks and oligarchs but also Russian Bitcoin miner BitRiver. This is the first time that the US government has sanctioned a crypto miner but it should not be surprising since the company is based and run in Russia. The addition of BitRiver to the sanctions list is a pretty significant economic escalation. Currently, it does not sanction the wallets associated with the company as it focuses mostly on the traditional finance side but it shows that the US and West will target this industry at its heart as well.

Since the beginning of the invasion, there have been calls for different exchanges to shut down operations in Russia and freeze funds in wallets to various degrees of success. The largest centralized exchange in the world, Binance, has thus far really refused to do anything along those lines but today they announced a massive change. Residents of Russia and Russian companies that hold crypto assets worth over 10,000 euros will be banned from making any deposits and trading within their accounts. These users will be allowed only one option to withdraw their crypto. Users who fall under the 10,000 euro amount can continue to trade unaffected. This distinction is pretty important as when the Russian Ruble first crashed the middle and lower classes in Russia moved their money into crypto to protect their purchasing power.

In Russia, the average yearly salary in euros is around 5,000 so this amount is very very high. This would be like people and/or companies in the US who have hundreds of thousands of dollars in crypto on one exchange. It does not target nor impact the average individual in the country which is an important distinction. I am not the biggest proponent of sanctions on the crypto industry but going after those who are extremely wealthy and have crypto holdings is something I find acceptable given the current climate. At the end of the day, the only way this invasion is going to stop is once the people take back their power from Putin.

The final way we are seeing this whole situation develop is some exchanges are completely severing ties. Exmo a crypto exchange exited Russia and Belarus by selling off those divisions. By doing this have cut off all operations with the countries in question by removing those customers from its business. Now, this is not something I believe will become a mainstream idea but the smaller exchanges definitely could adopt ideas like this. Since they do not have the capital others have it is in their best interest to get what they can for their assets instead of trying to deal with all of the red tape that exchanges like Binance, FTX, and Coinbase can deal with.

This is a pretty stark change from what we had been seeing though. Not only are governments now going after things like the miners but the sheer atrocities that Russia has committed have changed the mind of crypto purists like those at Tornado Cash to implement sanction-like policies. Centralized exchanges at first hesitant to act on Russian citizen accounts are beginning to change their minds as seen with Binance. To these companies, this money is rapidly becoming blood money that they do not what any part in anymore. The public perception is not worth the amount that they can make.

Overall these moves I feel are for the best. They are addressing possible issues and sealing them up both with some government guidance but also without. It is just further proof the industry is banding together to protect itself and not be drug into something that is beyond its control.