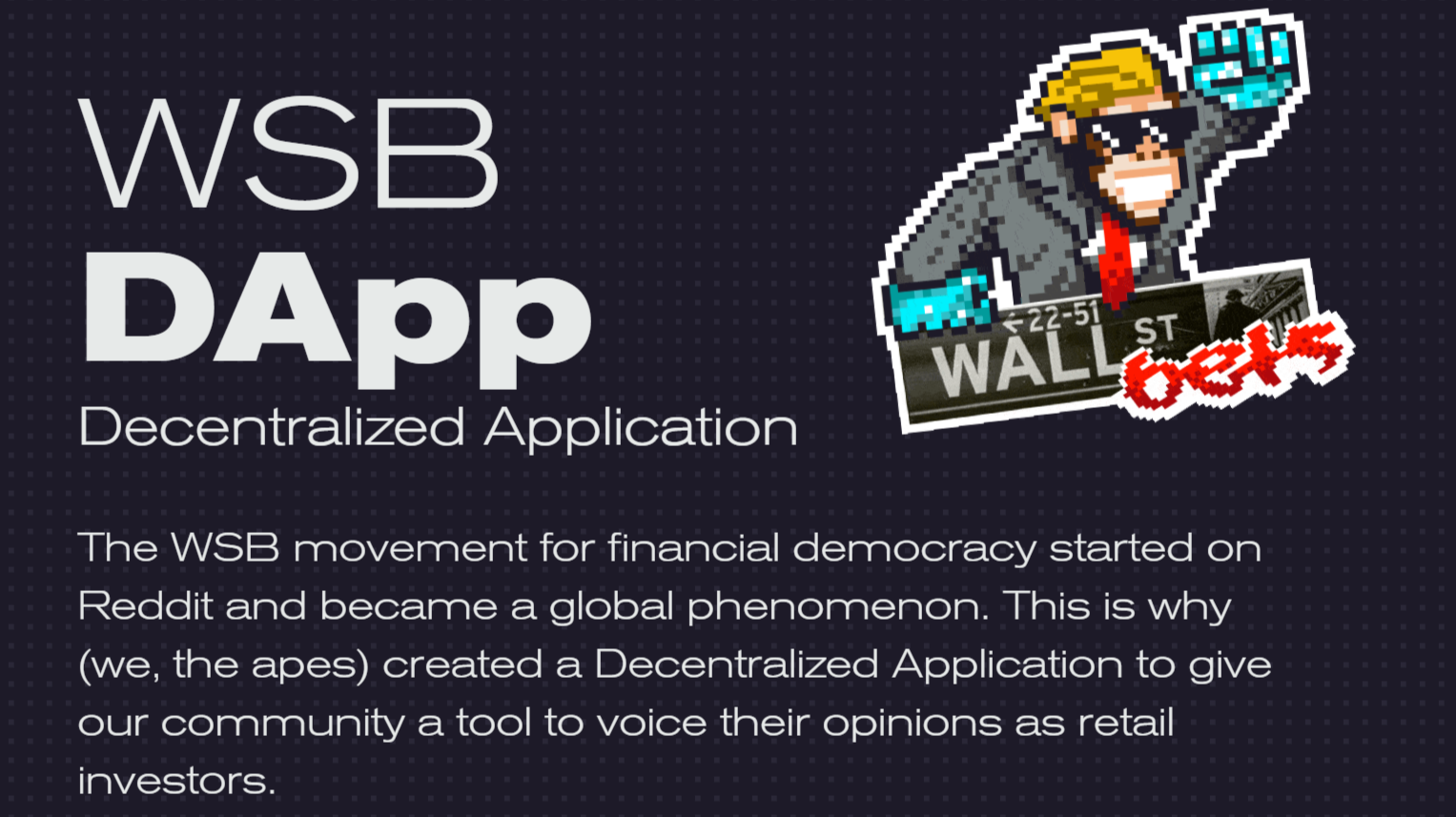 WallStreetBets as come around and really changed the game. Initially founded on reddit as a way for the common man to fight back against market manipulation it has made quite a name for itself. The group is really unique as it has no hierarchal structure and everyone is on the same level playing field. The biggest mark they have left is easily with GameStop Stock. It was this group who caused the clearing house squeezed that caused trading platforms to be unable to trade the stock anymore and lead to Congressional Investigations.

With the nature of blockchain applications WallStreetBets or WSB has created a DApp to continue its fight. When first announced it was a little hard to figure out where the DApp was going to be located and on what blockchain it would be but now it is far enough along to easily access. The DApp is located on the Binance Smart Chain of BSM. WSB is/has launched a ETP or electronically traded portfolio and with its native token $WSB those individuals who hold can vote on not only the different holdings in the portfolio but also rebalancing ideas. These index like funds are a really cool iteration of what index funds are in the stock market. The ETP's do have a 2% fee which would be on the higher side compared to the stock market however the keys and allotting are in your hands unlike in the stock market where a single person or a group picks the stocks for everyone else. 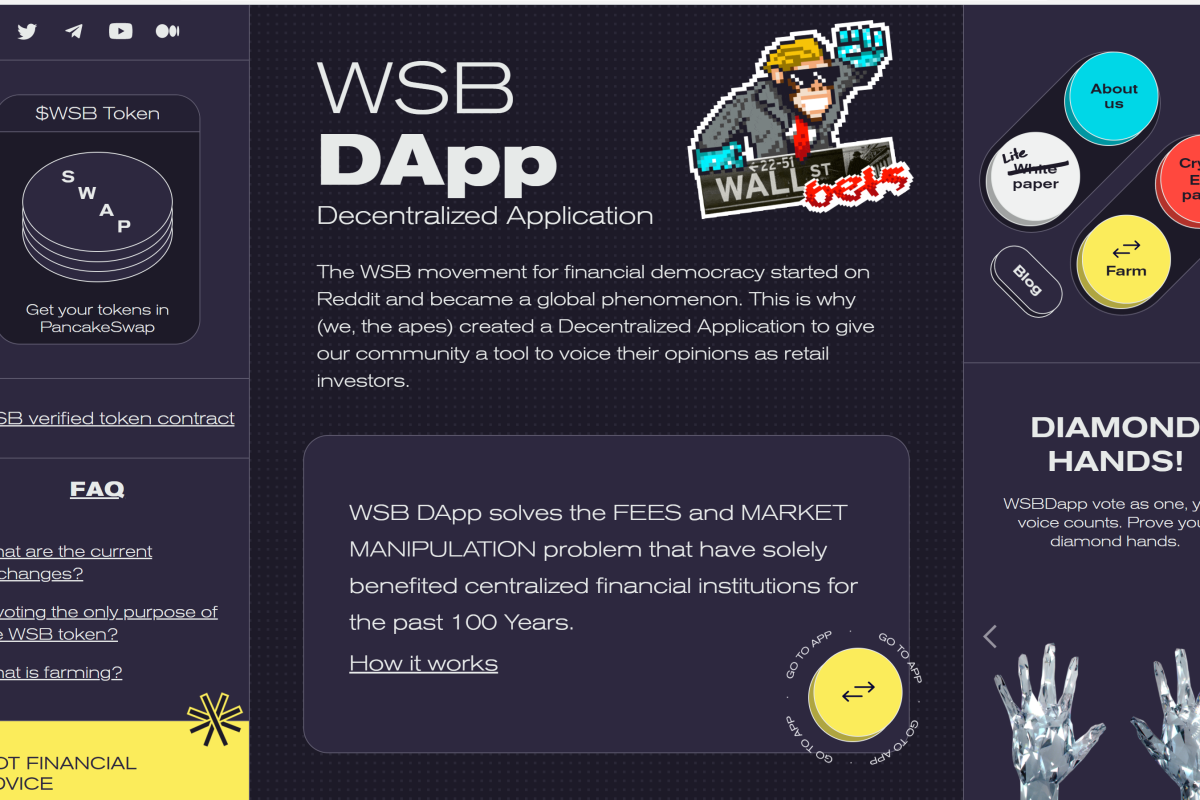 They have even added farming to this DApp and the second version is launching in just a few days! The first version or 1.0 was really centered around a basic and straight forward idea and was audited and enacted. Now with the base solidified they are adding on more. Currently this DApp has 3 farms but they are adding more and their are even more proposals to add more. Remember thought that yield farming is not necessarily the goal here as it would be with something like Harvest Finance. Below are the three pairings that are currently operating on the 1.0 version! 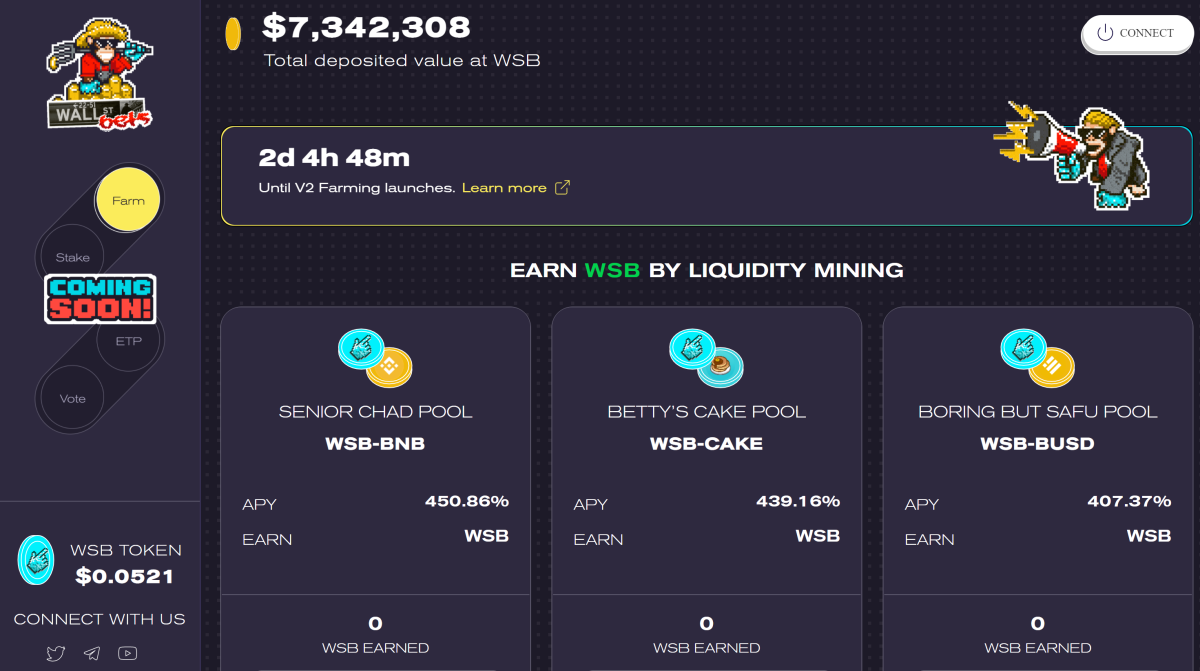 This is a pretty neat idea and the first project I have seen move from the stock market over to blockchain. It is such a unique thing to that really has reeked havoc on the stock market already I wonder what if any disruption they could or might cause in the crypto realm. They are even adding in some functions that remind me a lot of Harvest Finance with the ability to stake and be rewarded in the native token $WSB and like WSB has operated they have very unique and funny names attached to them. There emission schedule to is really unique as it is done monthly and 40% of $WSB is supposed to be distributed by the end of the 5th month. With the token costing a whooping $0.05 right now in part due to the bear market this could be an interesting project. The WallStreetBets following is pretty crazy and super devoted much like Elon Musk's fans are.