How Well Did the Pending BAT Rewards Translate??

Last months payout was a little bit of a mess to day the least. Even though I have a verified wallet it was not until today that I received the second of the two payout I get for using two computers. While it typically takes a day or two for the second payout to hit this was longer then normal. The reason I paid particular attention to this payout was to see how the Brave Rewards cut would affect my payout and interestingly enough it appears that the cuts might have been retroactive for the whole month.

I keep my Brave Browser up to date to try and avoid any issues with the pending rewards function this time though my pending rewards.... it was not very close. With my main computer I eclipsed the 4 BAT amount a couple of days before the end of the month and so a payout of 2.835 was well pretty off to say the least. I am not where the issue was and I would assume some part of my download did not kick in because this is quite a difference in the reward realm to say the least. My second computer was equally bad as at the end of the month I had a little over 2 BAT pending yet when this computers payout hit today it was only 1.48 which if you look at it percentage wise is pretty bad for both of them. This leads me to thing that even though my browser was up to date somehow it did not get the information that the payouts had been cut thus it kept up the same amount for a few extra days which led to the huge discrepancy.

What I did find a little odd was that each of the payouts the price per BAT amount was slightly different. For my first computer it was $1.42 while the second computer was higher at $1.43 per BAT. This was also roughly $0.20 higher than BAT was trading for at both the end of the month and May 5th when the payment processing began. If I had to take a stab at why this was this was their way of trying to drive the price higher but I am not sure.

People on the community page have been practically banging their fists against the wall saying that they will uninstall Brave and honestly I feel like that is a super childish reaction to this. That is not to say I am happy with this as I feel it is a little unfair to those who participate in the Brave Rewards program and secondly since Brave is valuing its crypto at a higher number than it trades it could have negative tax implications on users who receive large amounts of tips. Since they assign the value if someone will say got $100 in BAT according to them but with the price being $0.20 lower per BAT that is easily a few dollars different per hundred. Now it is not a lot at that time and especially with it being possibly a one off thing but it will be interesting to look at the next few months.

If Brave is consistently overvaluing their crypto in distributions it could cause people to not want to either use it or participate in something that they could get burned on tax wise. Again this could be really a one off thing especially with the price per ad cut but if it is a reoccurring theme that is an issue. They need to issue their token at the value that it has at that point in time and not at an inflated value in hopes of raising it to that. That just harms people who actually partake in the ads and bites the hand that feeds them as one could say. 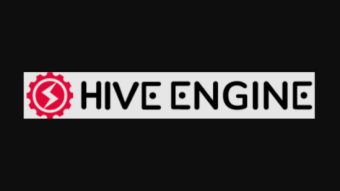