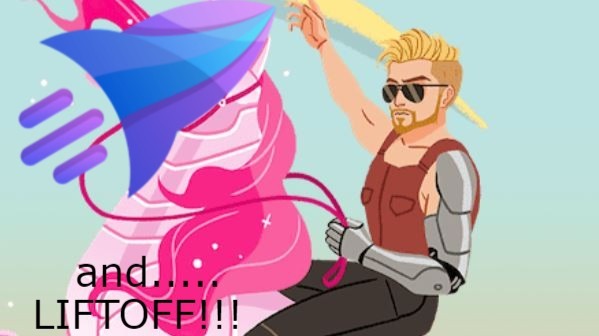 When Harvest Finance first added the LIFT Kitchen farms I was a little hesitant about them as they strive to be a venture capital investing DAO. While I like the idea I was unfamiliar with the people involved and I did not really like the way that the DAO was structured. I was anxious though to try out an entirely different side of DeFi though and with how well Harvest is run I decided to go ahead and jump into it a few weeks ago.

Now it was not the cheapest thing I had ever done as I spent a little under $100 in gas fees which at the time was not the worst thing in the world. Since I was still hesitant though I only threw in $10 I had in AMPL actually in my MetaMask wallet to limit what the cost of it really was to me. At the end of the whole thing, I spent about $107 on 0.001996385 LFBTC-LIFT. Since I only wanted to use my AMPL to add liquidity it did cost more to swap the tokens out but I at least finally got rid of them rather than having them just sit in my MetaMask wallet (that did work out though for me when the FORTH token).

What drew me to the LFBTC-LIFT farm was how the farm was always higher than the farm pairing WBTC-LFBTC and how it was almost always yielding over 200% APY which is paid out in iFARM so it is further compounded. Every couple of days I try to get on to see how the APY is doing but with work recently that has been a little bit harder. When I checked today though I almost spit out my coffee as it had jumped to 2073.17% APY. Now, this is likely due to the increase in Bitcoins price today since Ark Invest has announced they will be forming a Bitcoin ETF but they also have announced the third project that they might invest in. When Lift started they really seemed kind of stuck on the first project as it has to undergo a series of votes and analysis to not only qualify but for the project to be invested in.

Well, they now have three projects at various stages that they are looking at investing in. The project is moving in the right direction and they also have announced more partnerships with other yield farms which helps drive more people to them. With this activity, I am no longer concerned about losing my whole investment as I once was. Now I am not going to add anything to it I am just going to leave it alone for right now as it is functioning as a really really good iFARM accumulation method.

With the 0.001996385 I have staked (a whopping 0.006848% of the pool if you were wondering) I am accumulating 0.000000400 a minute which might not seem all that good but that is pretty since the LFBTC-LIFT pairing is worth only $4 right now! In a day I will yield 0.000576 iFARM which is nothing to be ashamed of! Now again this with the APY at 2,073.17% so it is subject to change but definitely nothing to be upset about! Push come to shove I just continue to utilize the farm as an iFARM dispenser and hope that it won't take too terribly long for the compounding factor of iFARM to dig me out of this hole.

At the rate of 0.000000400 iFARM a minute it works out to 0.000576 iFARM a day and 0.004032 iFARM a week. This is before you start factoring in the compounding nature of iFARM which will only further boost it. It is nice to finally see some action in this farm and to watch the ticker fly when I click on the farm! Never hurts to see money being made like that!