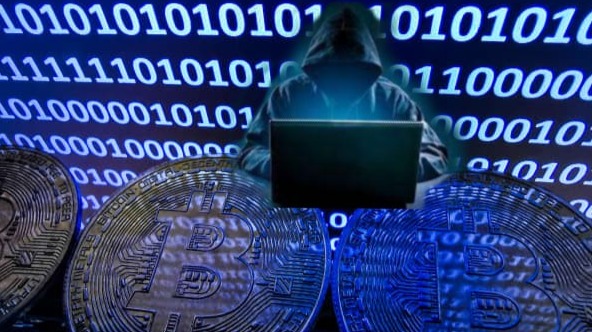 Like one would expect as an application grows in popularity and attracts more funding issues that typically would not be a problem rapidly become a problem. DeFi is a huge example of this as honestly how many people knew about DeFi two years ago? Two years ago DeFi had less than $1 billion USD locked in and lent/loaned in it yet now the industry has roughly $247 billion in it..... That is a huge and honestly crazy increase in the amount of users and funds involved in this space!

When something becomes mainstream though well it also attracts people who do not really have the best intentions. These individuals range from just plain hackers to people that promote a fake product and then run off (rug pull), and the "better" white hat hackers who will hack the system but return the funds they seize. In 2020 "only" $1.5 billion USD was hacked/defrauded from investors. Now, this is not good at all but it is not necessarily the worst thing in the world. So far this year though well that number has BLOWN up to over $10.5 billion and we still have over a month left in the year.... Now that is bad and really I have to say unacceptably high.

Over this time and like one would expect the biggest loser or sufferer of this has been the Ethereum blockchain with $8,7 billion in lost funds. However, they are not the only blockchain to lose big as the Binance Smart Chain (BSC) has lost over $2.5 billion itself since 2020! Now something that only publically accessible blockchains can show us is who is suffering from these losses and to my surprise, decentralized exchanges or DEX's have suffered from $2 billion alone! Now an additional note to make here is roughly $10 billion has also been lost from declining token value that can be attributed to the DeFi application having fraud or theft issues.

A third of the losses are attributed to lending protocols which would make sense as we have all heard about different platforms suffering from flash loan attacks or code exploits that allowed hackers to steal funds. This year probably the biggest hack that caught everyone's attention was when Poly Network lost $600 million USD in one hack alone! Now this was a white hat hacker or at least that is what we have been lead to believe and the funds ended up being returned after some back and forth with the hacker. At the end of October, CREAM Finance suffered its THIRD hack and this one resulted in a loss of $130 million USD lost! Quite frankly a DeFi application to be hacked one is bad, twice is embarrassing, and a third time..... unacceptable and honestly I am not sure how anyone would trust them to use them anymore.

Because of these last amounts of money being lost governments around the world are looking at this sector and well like everyone fears is investigating regulation for the space. Often described as the Wild West I personally feel that the "blue chips" or big and long-standing lending platforms like Compound Finance, for example, has a superb track record in being a safe and beneficial application! Naturally, there are riskier lending platforms that one could use however with great risk comes great reward! Harvest Finance is one I think that is currently in the middle. Not quite a blue-chip but also not a Wild West high-risk platform. The riskiest ones are upstart lending platforms as they typically boast huge APY's but those will not be sustainable or could be rug pulls. I personally feel that this is what companies like Tesla were initially like. Tesla for the longest time was more of a hope and a dream than a company that had fundamentals ie sales, revenue, etc. This is what riskier applications are like! If you bought Tesla at $50 and held it since then well you are doing very very very well and that is how the risky aspect of crypto work as well!

Not all regulation is bad though and some things I thought could be done to hold those people responsible who create a platform that turns into a rug pull. I do not know what that would necessarily look like but I am sure something could be done to address this issue. However, it is a slippery slope with the government before way too much regulation occurs, and well it kills this high growth field.