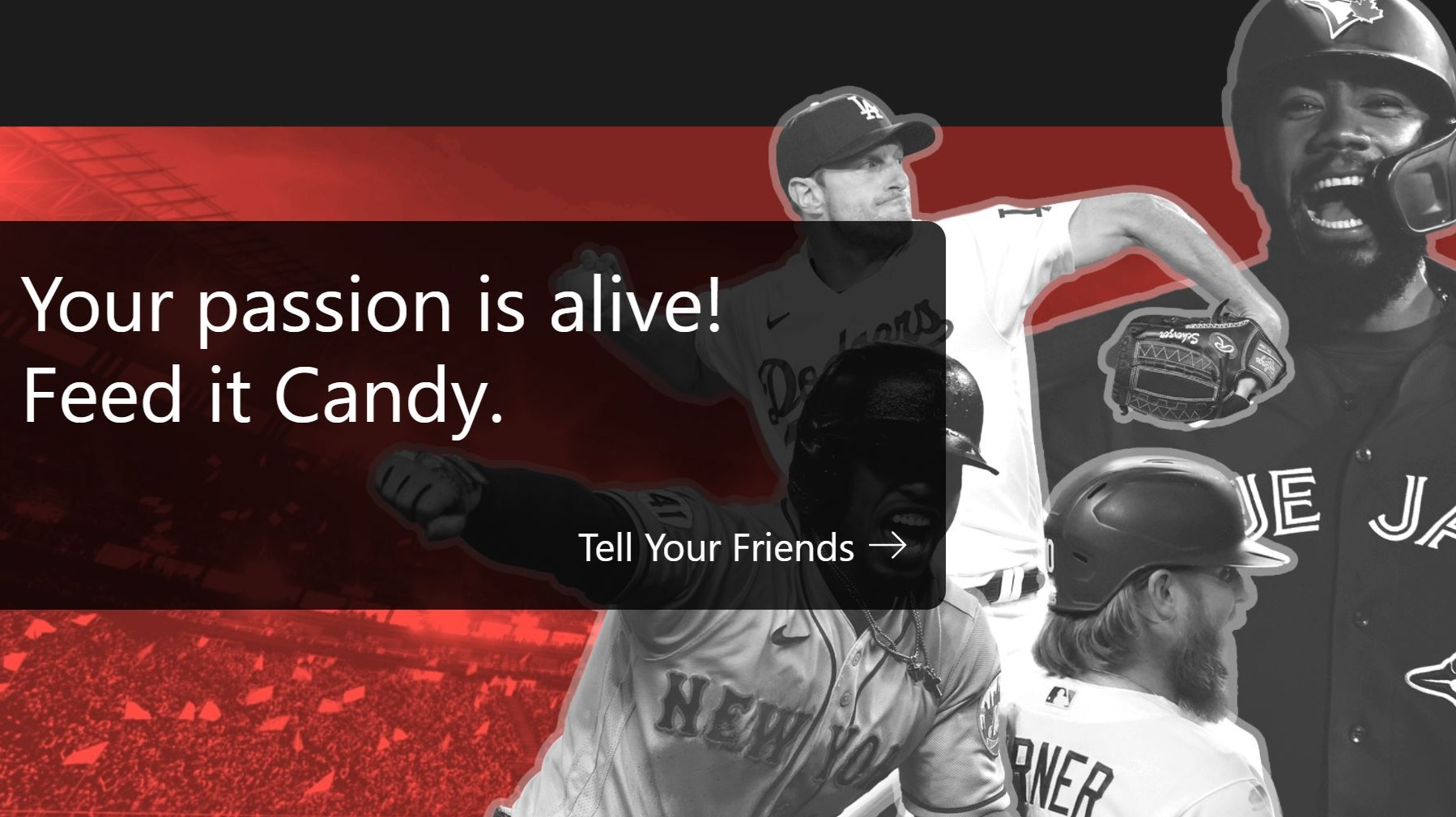 A couple of months ago a new NFT company, one that was designed to take on Dapper Labs, was announced and granted Major League Baseball's NFT business AND it was announced Candy would be taking over for the exclusive baseball card provider once the partnership with Topps ended in 2025. Now Candy was a newly formed and launched company that had the backing of the Fanatics owner and CEO.

Personally, I was not sure what to expect of this company after what had happened to MLB's first attempt in 2017 called MLB Champions. I have to say I have been nothing short of amazed with what Candy has rolled out thus far. The first large-scale release they did was minimalistic portrait NFT's by a well-known artist for doing this type of stuff. At $100 and roughly an extra $30 in gas fees, I passed on this release for my team's stadium. If you happened to collect all 30 though you did unlock an exclusive NFT that required all 30 when the snapshot was taken.

They have also been huge in partnering with College Football Athletes this fall and have released 8 different weeks of NFT's that come in 3 tiers. The top tier is a 1 of 1 that is done via bidding and comes with undisclosed extra things besides the 1 of 1 NFT. There is a rare category that costs $250 and is maxed out at 100 NFTs and finally core which costs $20.21 and is limited to 1920. The rares from what I have seen sell out almost immediately. The 1 of 1's have gone for as high as  $19,000 USD!!

While the College drops are cool they recently started dropping Plays Of The Day NFT's. I was extremely lucky to not only be part of the early access group but the early early access group! This allowed me to be able to purchase NFT's starting on Monday of this week. The NFT Play of The Days they drop are open-ended and the sales run for 12 hours. The plays cost $25 USD apiece and are Ethereum NFT's. Because of my early access, I was able to get super low mint number NFT's for the first new until yesterday when they opened it up to all early access people.

Today for instance I was a minute late to purchasing and by that time over 400 had already been sold. With baseball being such a collectors sport I feel these NFT's might just pull it off. Not to mention starting next Monday THEY WILL BE LAUNCHING PACKS! These will cost $50 a pack and here is the rarity revel and what they come with

While the NFT's and what they will look like have not been released yet the hints and glimpses they have shown so far are amazing! I really look forward to seeing this project continue to build out as they just had a fundraising round earlier this week that already valued them at $1.5 Billion USD! Please know I am not a financial advisor I am just someone who picked up on a trend and wanted to express it! Makes sure you always do your own research and never invest money you cannot afford to lose! If you enjoyed this article and would like to further support me below are a couple of referral links that if you used when signing up I would appreciate it!