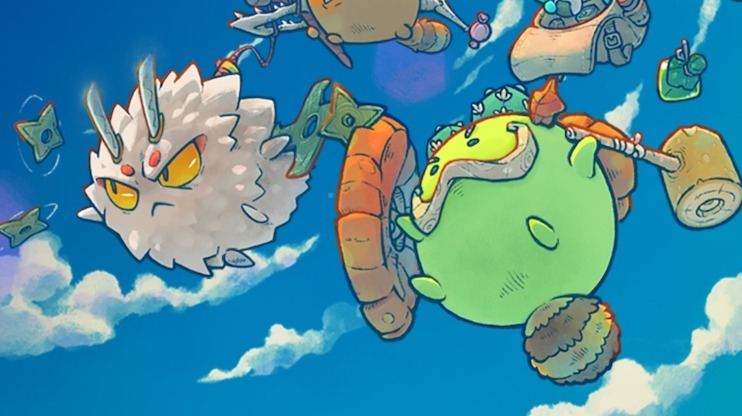 Axie Infinity Loses over Half a Billion Dollars in Hack or Did They?

Yesterday, the news broke about the $625 million hack that occurred on the Ronin Network. This hack makes it now the largest hack to occur in DeFi and has set off an avalanche of criticism from the crypto community. While a ton of the complaints are valid and are things that should/need to be addressed there is one thing about this hack that points to another door.

What Happened and How

As most of us know Sky Mavis the Axie Infinity developer announced yesterday that the hack had occurred leading to 173,600 ETH and 25.5 million USDC. This hack though did not occur yesterday rather it had actually occurred on March 23 but was not caught until yesterday. As soon as it was announced the Ronin bridge was disconnected to make sure that no further damage could be done.

This attack really was pretty much a 51% attack on the Ronin Network as this network only has 9 validator nodes. When the hacker attacked he took over all four of Sky Mavis's nodes as well as the Axie DAO node giving themselves enough validators to push through the transaction. What has caught me off-guard is that the individual or individuals moved all of this money in just two transactions. How these huge transactions did not raise any alarm bells is quite surprising to me.

Since they have announced the hack occurred the developers have been working with both law enforcement and Chainalysis to track down and monitor the funds. The developers have also stated that they will make sure that the funds are replenished however they have not yet stated how this will be done. Something I find interesting is how for months this project has been the poster child for blockchain games and literally in a split second everyone is coming after the team for how things are done. I am not saying what the team had done was right but it is only when something goes wrong that people really speak up about it. When they are making money and happy they do not complain about the issues at hand.

What I think though above all else that is vital for people to understand is that from watching these hacks before I find it highly unlikely that this person is even attempting to make off with all of this money. While some has been transferred to a couple of exchanges the vast majority is still sitting in the same wallet it was originally sent to. Since the person did not even send it through Tornado Cash it would appear to me that one of a couple of things is either happening or going to.

The first is that the team and the hacker are communicating and this person or persons is negotiating a way to return the funds, stay out of jail, but make a few million. We have seen this with other hacks before where the funds are held hostage but returned by the end. The other is that the hacker is waiting for the reaction to die down before reaching out to the team so that emotions play less of a role in the decision-making process. One final thing that could be going on is that this person is honestly screwing with everyone and in one swoop is going to try to tumble this money and disappear. This idea does not make much sense as Chainalysis is already working with the team tracking the funds and even if it is tumbled the sheer amount trying to be tumbled at once would be an issue to try and pull off.

In the end, though it would appear to me that this person is trying to set themselves up for a nice payday and not end up in jail as well. Since it has been days now and the funds are really still in the same place it is not like they are trying to hide them anymore. How quickly this can get sorted out is anyone's guess but I do not see this being the end of the game itself. Axie Infinity is so successful and really stands leaps and bounds ahead of others in the blockchain gaming sphere.