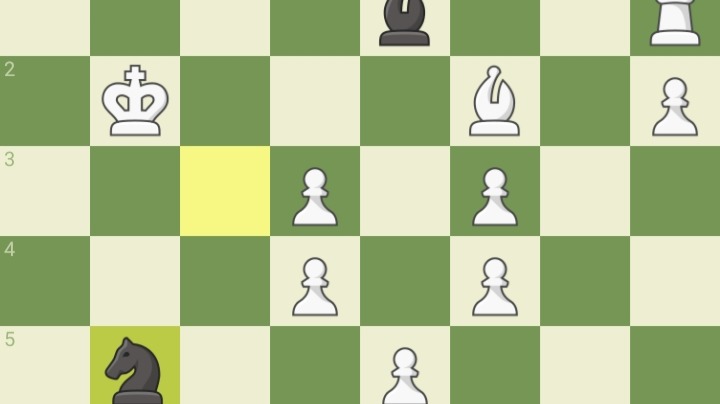 Against 1e4, I played a fun line in Nimzowitsch defense. One of the aspects I enjoy in this variation is the limited options that white has, even though white is following opening theory. The idea stems with closing the center, and targeting white kingside. Some minor tricks can occur, but it's mostly a straightforward layout. Unfortunately in this game, white blunders an entire knight. While that occurence doesn't happen often, I was fortunate enough to see just how far black could punish white after capturing 13 (Bc2, Qxg5).

14 (g3, Bxh3) Pawn is pinned against King, and knight is protected with pawn to maintain pin for equal trades if white chose. This pin allowed a sneaky bishop threatening the rook.

15 (Re1, Nh4) Rook evades threat, while second knight joins the attack securing a safe square for when

16 (Kh2, Bg4) king moves to one odd the squares unpinning the pawn and threatening black knights, however because of the "free" knight earlier black is less concerned and targets white Queen with bishop!

17 (gxf4, exf4) white picks a knight believing white can win a bishop, but it's not so easy when

20 (Kg2, fxe3) pieces are hanging, and white only has enough time to capture one of the remaining pieces

After the exchanges, and the dust settled, black was up a rook and had a clear path to march pawns along the far kingside for promotion as one plan for the endgame.

I hope you found value in this game.

Listed below is a link for your own analysis.

Author: Psychology of the Cyclist Plays chess in spare time.

For those interested in chess, I will be posting PGN's of games I've played on chess.com.