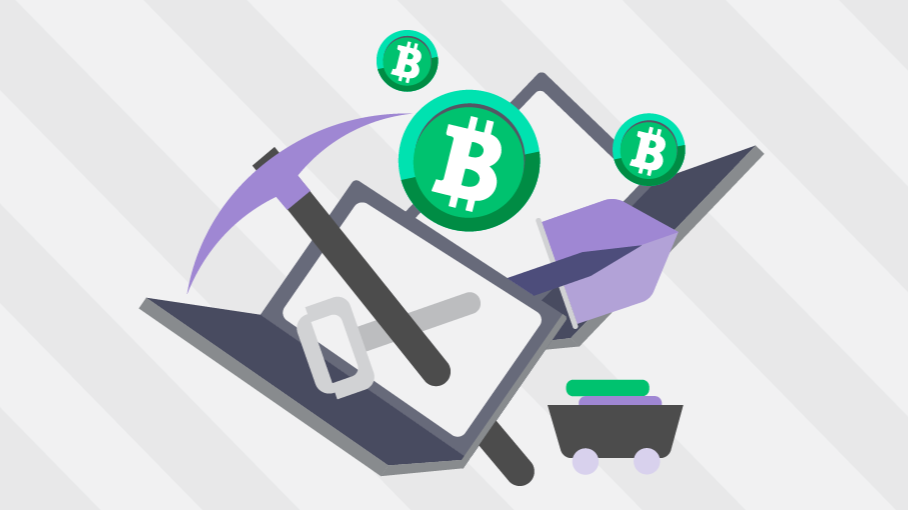 The Basics Of Crypto Mining

Many newcomers in crypto think of mining as some sort of easy money: you buy a pair of chips, run the software, and get your 6.25 BTC every 10 minutes. Of course, in reality, things are more complicated. Today’s mining is like any other way of earning money — you have to do research, make the initial investment, and count your spendings and the potential revenue.

In this article, we will explore what mining is and what are the things to keep in mind before you start. Since there are quite many factors to consider, this article won’t be a step-by-step guide — rather, it will help you build an understanding of mining and provide insights into what to research and what action to take.

Mining is the process of validating transactions in the blockchain, for which a miner gets their reward. Let’s break this down.

Let’s say you’ve sent some Bitcoins to your friend. Before your transaction reaches its destination, it has to go through the following steps:

Bitcoin’s blockchain is very secure — to hack it, you’d need to control at least 51% of the current total Bitcoin network hash power, which would cost you billions of dollars. Finding the proper hash is very power-consuming, so you have to buy expensive hardware to get the chance. Solo Bitcoin mining has become impossible many years ago, so to mine it, you need to join a pool that puts together the hash power of its participants.

Let’s zoom out for a second to see how brilliant this mechanism is. As you understand, the killer feature of blockchain is decentralization — it is run by a distributed network of nodes rather than a central authority (i.e. miners). Satoshi Nakamoto wanted to incentivize them by issuing the reward. It covers high mining expenses and encourages to act fairly (no one will accept wrong block hash). In other words, miners do a great job of securing Bitcoin and get rewarded for it.

Back in 2009, the reward for mining a block was 50 BTC. Every 4 years, a halving happens in the Bitcoin network, cutting this sum in half. Today, the mining reward for a block is 6.25 BTC (about $300,000 at the time of writing). But again, it’s quite hard to get the reward, and when a pool gets it, the sum is distributed proportionally between its members.

Let’s see what you need to know before taking on your mining journey.

How do I choose what to mine?

As we’ve already mentioned, you can mine solo or in a pool. The profitability of this depends on a coin: while you can’t mine Bitcoin solo today, there are other coins that allow you to do so. However, joining a pool is anyway a great idea for the start.

The first thing to do before starting mining is to decide how much you are ready to invest in it for your start. With this sum, you can see what pieces of hardware you can afford — and, accordingly, what coins you can mine. To choose between the available options, see the relevant mining profitability charts and decide what coin you believe in the most (in case its price grows, your mining will bring you more returns).

We’ll get back to calculating mining profitability further below. For now, we will list the coins mentioned in the best-for-mining charts out there. They include Monero (XMR), ZCash (ZEC), Ravencoin (RVN), Ethereum Classic (ETC), Litecoin (LTC), Bitcoin Gold (BTG), and Beam (BEAM). Here, you can find the best coins for each type of mining equipment.

As for Ethereum (ETH), it was profitable to mine it, but the coin is quitting mining by 2022 — it’s moving to the Proof of Stake consensus algorithm.

The choice of software will depend on what coin you decide to mine, what hardware you use, and whether you mine solo or in a pool. There are many programs such as CGMiner, BFGMiner, and EasyMiner that run on Windows, Mac, and Linux. However, they won’t make much of your expenses, and the profitability of mining will mostly depend on your hardware.

There are 4 main types of mining equipment — CPU, GPU, FPGA, and ASIC.

CPU, or Central Processing Unit, is a piece of hardware that your PC is powered by. In the early days of mining, CPUs were widely used for mining, but as interest in crypto grew along with its hashrate, CPUs became obsolete. Very few coins can offer notable profits with a CPU today.

As you remember, to mine a block, you need to perform hashing at a very high speed. Such a capacity is called hashing power, and in CPU, it’s about 4 Megahashes per second (MH/s). In GPU, or Graphical Processing Unit, hashing power goes as high as 800 MH/s — this makes it 200 times more efficient for mining. GPUs are chips in video cards that are widely used in gaming, but with the advent of mining, demand for them surged, and so did their prices. Today, one GPU costs from hundreds to thousands of dollars.

It’s a common thing to put several GPUs together in a mining farm to maximize returns. However, farms are not only made of graphics units but also FGPAs (Field Gate Programmable Arrays). This hardware is considered even more efficient than a GPU: FGPAs are not only faster, but they consume up to 5 times less energy. This is important as electricity accounts for one of the highest expenses for miners.

For mining Bitcoin and some other coins, ASIC (application-specific integrated circuit) is mostly used today. These chips are the most efficient ones you can find out there — for instance, the one called Ebit E10 can make 18,000,000 MH/s. This is, of course, reflected in the price — ASICs cost thousands of dollars.

How to calculate the profitability of mining? What are the other things to keep in mind?

Here’s the most important thing: the better you count your expenses, the faster you will start getting profit. And aside from hardware, the main mining expense is electricity — if it’s expensive in your region, it may be easier to lose money on mining than elsewhere.

See how high are the electricity costs in your country compared to China and Venezuela — countries with energy prices favorable for mining. Then, after estimating what hardware you can afford, use one of the mining profitability calculators. There, you can enter your hardware hashing power, its power consumption and the electricity costs, and the calculator will show you how much you can earn a day, a week, and a year. It’s worth taking two things in mind here: these are only estimates and don’t guarantee you the exact returns; the calculator doesn’t show you the payback period which is also worth counting.

Another important thing is that your mining will be profitable only if the chosen cryptocurrency grows in price (or at least doesn’t drop). If you start mining a coin that depreciates, even low electricity and hardware costs won’t help you make a profit. So do your profound research and mine those coins that you would invest in.

If you’d like to test the waters before building a mining farm, there is such an option! Some coins offer moderate returns even without serious investment, so you can set up hardware and software worth under $1,000 and see what your electricity bills and returns are.

Keep in mind that mining hardware is quite a noisy thing and that produces a lot of heat. Consider setting your mining rig separately from your living space in a room where you can enable climate control.

Mining is often thought of as something where you can make easy profits. However, to do that, you have to calculate everything thoroughly. To understand what coin you can mine, estimate how much you’re ready to invest at the start: every coin needs its own seed money.

To make your mining profitable, choose the coin that you have a positive price prediction for. Keep in mind that if this is a new coin, other miners may realize its potential as well, and as its hashrate grows, you will possibly need to switch to more competitive (and expensive) hardware.

Things change fast in mining, and if you want to be heavily involved in it, don’t consider it passive income — mining needs a lot of time and work for rig maintenance and other things (you can go without them, but your returns will be lower), and it’s not a fixed predictable income. Engage in mining only if you are ready to take this risk.