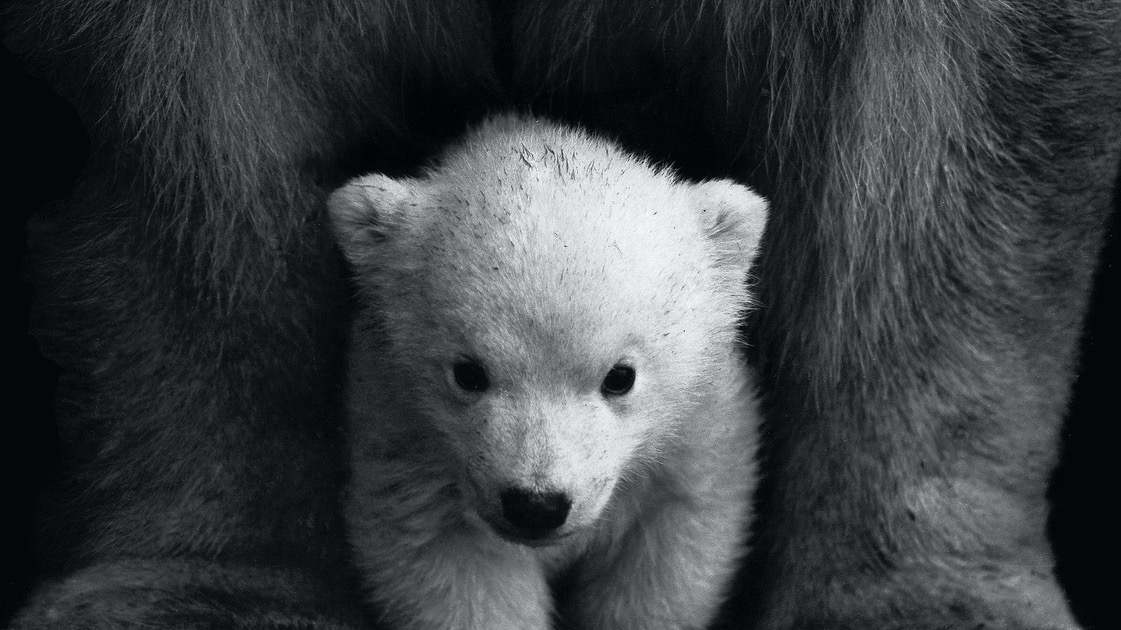 On June 1, one of the leading altcoins, Solana experienced another power outage and was offline for over 4 hours. As the team later confirmed, a bug in the system prevented the network from producing new blocks. Even though the issue has already been fixed, the trust in the blockchain among the community is gradually decreasing as it is not the first time such an incident has happened. Solana has already experienced 8 disruptions in total, 3 of them in the last two months.

Predictably, following the downtime the coin dropped in value. During the past week, SOL has been fluctuating dramatically growing and falling again. In total, the currency pulled back by 9.14% in the last 24 hours and by 2.29% in the past 7 days. At the moment, SOL is trading at $37.15. 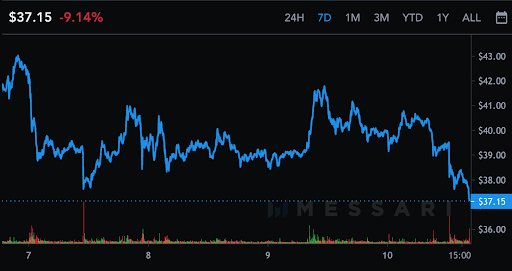 Meanwhile, the two major digital assets Bitcoin and Ethereum keep struggling to gain ground. Rising in price in the middle of the week, both of them retreated again later. 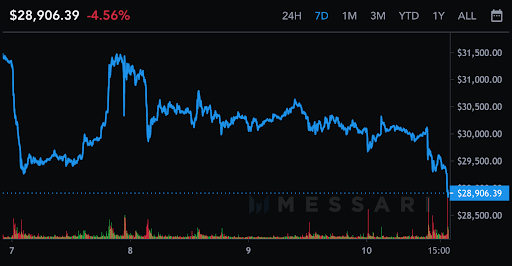 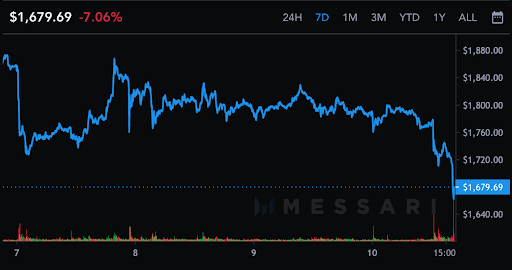 The continous bearish trend may have to do with the rising inflation rate in the US and other countries. The tense political situation and instability of the stock market are also known to have influence on digital assets.

Despite the selloff of many prominent cryptocurrencies, there are assets that have managed to shoot up in value recently. Some of the DeFi tokens have performed remarkably well during the week. Let’s analyze some of these coins.

Chainlink is currently the fourth biggest DeFi coin by market capitalization. Founded in 2017, the project presented one of the first networks that could allow the integration of off-chain data into smart contracts. It is also considered one of the most prominent projects in the data processing field. 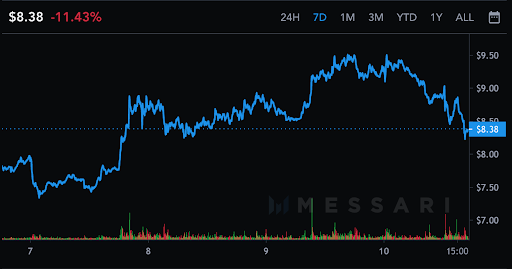 Theta Network’s project is aimed at facilitating video streaming. Its decentralized network allows users to share bandwidth and computing resources on a peer-to-peer basis. The blockchain’s native token THETA is used for numerous governance tasks within the system. 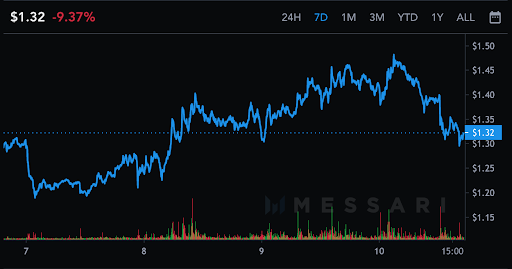 The blockchain of Tezos is unique and more advanced compared to many other cryptos in the way that it’s self-upgradable. The network’s algorithms allow its community to easily present amendments to the blockchain. The platform and its applications are also claimed to be eco-friendly.

Just like earlier discussed tokens, XTZ has been on the rise this week even though it lost some of its value during the past day. In the last 7 days, the token gained 7.54% but fell by 8.69% in the last 24 hours. Right now, the XTZ’s price is $2.03. 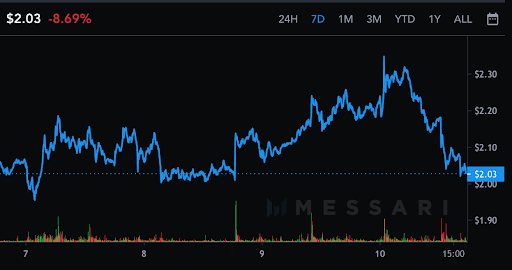 P.S. This article was written on June 12th and published first on Cointelegraph.