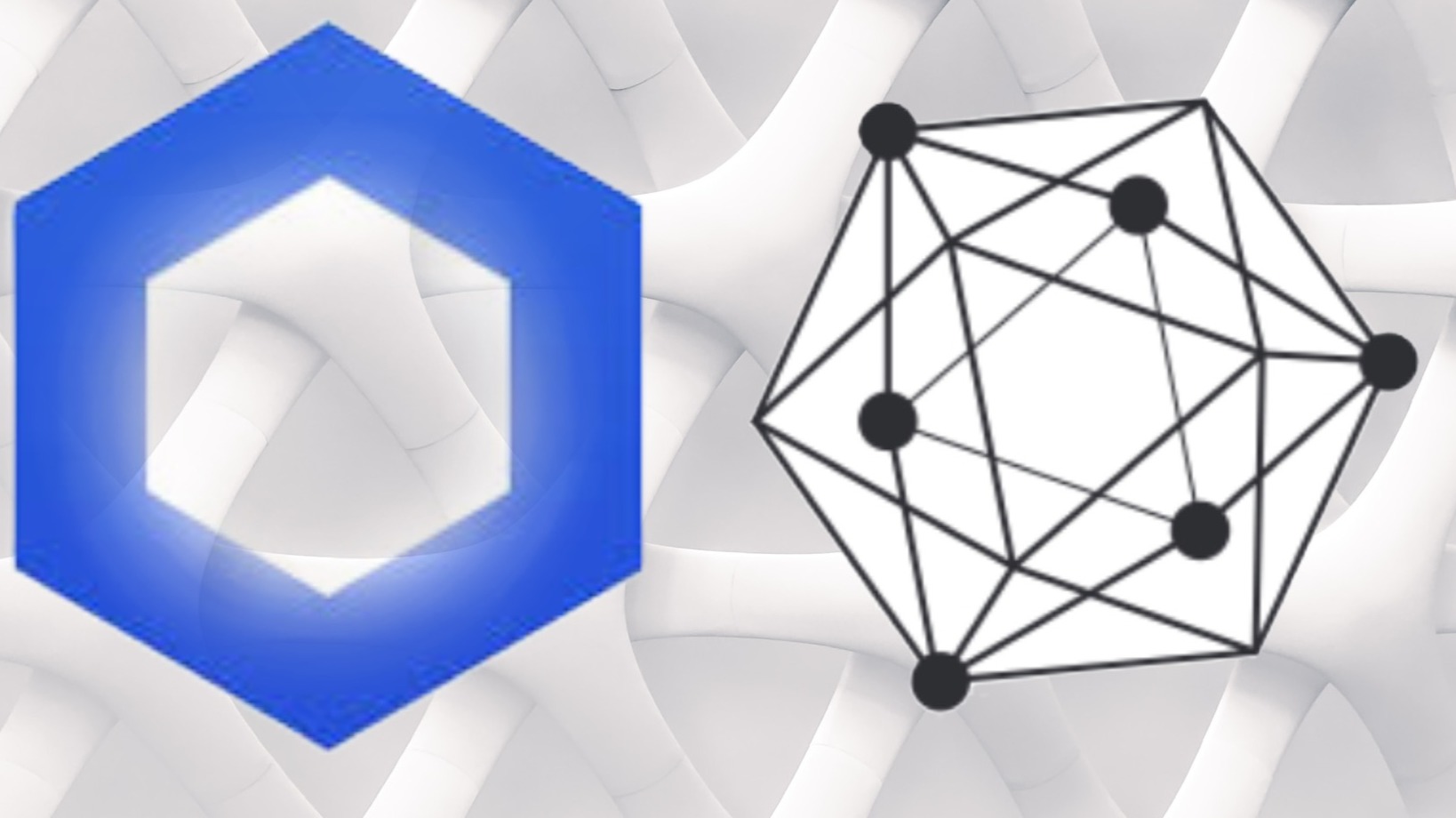 Chainlinking the Dots: Smart Legal Contracts via Hyperledger Fabric & The Accord Project with Docusign

By CryptoCulture | Chainlink: The D.O.N of Cryptocurrency | 9 Jul 2021

Chainlinking the Dots: Smart Legal Contracts via Hyperledger & The Accord Project with Docusign 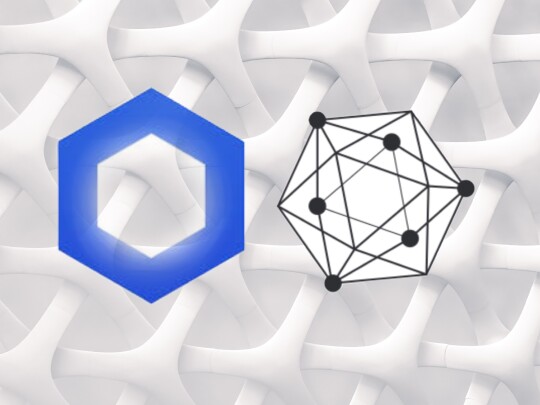 It seems the terms “Chainlink”, “Smart Legal Contracts”,  and now "Attested Oracles" should be looked at synonymously with some recent findings. There are a lot of hints pointing towards Chainlink’s blockchain agnostic approach to DeFi as being an integral part of the institutional standard via The Accord Project.  Sergey Nazarov has mentioned before in an interview (-20:03 mark) that he envisions the DeFi space to grow with various companies and systems integrating with various blockchains for various use cases across multiple industries. Putting your ear to the door, you will notice that blockchain agnosticism is a seasoned concept that is beginning to inch closer to current legacy system applications. George Anadiotis goes on to ask Sergey what would be a good requirement for developers to decide what type of computation they would want to have on/off chain computation with hybrid smart contracts. Sergey replies that it will ultimately depend on the developers and their use cases meant for each specific chain, whether they're aiming for cost efficiency or transparency. With Chainlink having a major part in the evolution of the DeFi space, especially with institutional adoption, one must do some digging beyond the daily Chainlink integrations and find some of the connections hiding in plain sight to realize the full scope of what Chainlink is aiming to achieve. I will be providing video links and timestamps for various sources that seem to be connected throughout this post. This article is speculative in nature and all points made are from public knowledge and research.

Considering the collaboration by Visa and Docusign so far, one can note that the integrations to come will most likely rely on API interoperability. One can only assume that connecting to various APIs on the blockchain will be one of Visa’s main pursuits moving forward. Where Chainlink and Visa connect is the relationship with Docusign founder Tom Gosner who was named an advisor for the project, which is reflected on the Official Chainlink website to this date. 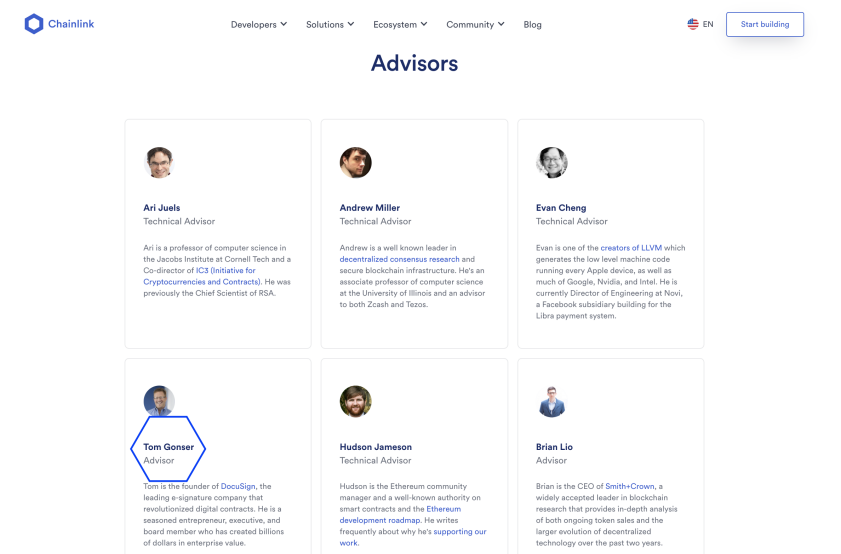 This is where The Accord Project comes into play because Chainlink and Docusign are both members of The Accord Project whose goal is to set the open standards for legally enforcing smart contracts. To add to this point, Tom Gosner posted on LinkedIn in 2019 - “Imagine integrating Chainlink oracles and Clause code into DS agreements. What could you do with self-executing agreements deployed in the Agreement Cloud”? Tom Gosner was already hinting at a relationship between Chainlink and Clause back in 2019 and it seems to be coming to fruition within the past 3 years. 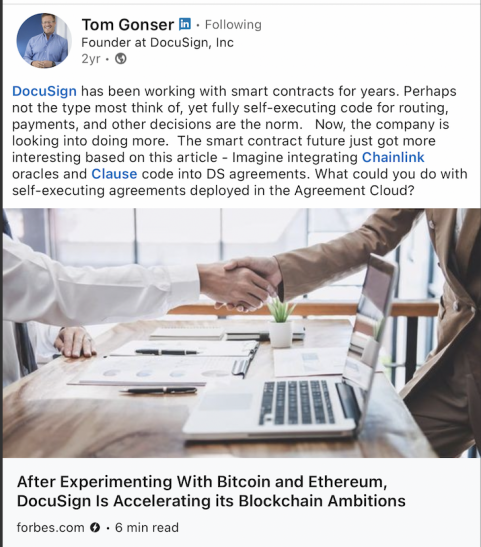 Fast forward to two weeks ago when Hyperledger published a video on YouTube about Smart Legal Contracts using The Accord Project and Hyperledger Fabric. Both of these projects were purposed to be a standard Distributed Ledger Software (DLS) for developing applications and solutions for modular architecture for major institutional entities. I have taken snippets from the video and summarized their points to correlate the relationships between all parties mentioned above.

(Reminder: This article is purely speculation what is actually happening now between these parties and is not to be interpreted as absolute fact. Please follow links provided and remember to DYOR to draw conclusions.)

03:08 - John Carpenter demonstrates a supply chain agreement template which he states he has worked on with the assistance of The Accord Project and The Cloud Security Alliance. This template allows institutional developers to test the template and run security tests against it when built on Hyperledger Fabric. He goes on to mention “Whats great about The Accord Project is, is that it’s a 'hybrid' between the legal community and the technology community. You can take an attorney’s agreement that normally would have to be executed outside the bounds of the agreement only, and then take it into The Accord Project and create codes that execute to actually fulfill on the needs of the contract. I really think that what we’re looking at is the future of contracting, even for all attorneys. I think that’s why Docusign went ahead and acquired the commercial side of The Accord Project really to be prepared for the future". The video also goes into how legal contracts will be written up, maintained, and verified via blockchain technology with a notable concern about the "Code is Law" perspective vs. the "Law by Jurisdiction" perspective. Although John Carpenter and Tom Brooke seem to come to the conclusion that some parts of the smart contracts will be codified by logic, while jurisdiction issues would have to be taken up with local law enforcement in case smart contracts are used in a court of law. One must note that even though this is a grey area, it makes you wonder if a solution for this sticky subject will come to fruition sooner than later thanks to multiple hands in the sand box.

27:05 - Tom Brooke speaks about “oracle notary”. States The Accord project "does not get into that", but is looking at signatures at the moment to promote remaining as agnostic as possible (sounds familiar). Mainly concentrating to providing the interface between legal language and the templates with a system of logic built into it that can interact with other things.

52:58 Tom Brooke mentions that the core project (The Accord Project) is affiliated by Clause, which just got bought by Docusign noting use cases for verification. (Shows Example: "Clause Template" - Is this template shown made by Clause.io?) Tom Brooke also mentions deployment applications that can verify for credit checks and wiring instructions (ACH).

(Does this confirm that Docusign, Visa, The Accord Project, Clause, and Chainlink have similar interests and even more similar connections? This guy thinks so...) 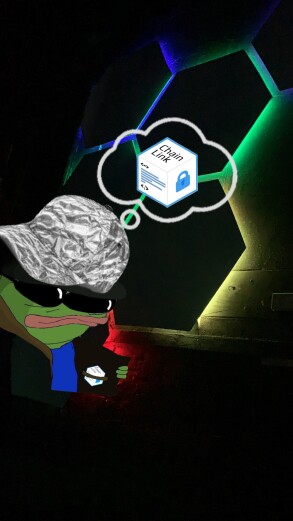 To put the icing on the cake, the Hyperledger Blog stated back in 2019 in the original Hyperledger Avalon announcement that the project developed into a full project and that they were also working on a Hyperledger Avalon and Fabric integration at some point. One can only fathom (can you fathom infinity?) the amount of possible smart contracts with the various use cases that will be available once all systems are up, running, and interoperable.

https://www.youtube.com/watch?v=I16EhP23HTg An Introduction to Hyperledger Avalon:

20: 14 : Speaker Eugene Yarmosh notes that Attested Oracles run inside the Trusted Executable Environments (TEE) and they provide the proof to smart contracts on the blockchain. Those smart contracts can then confirm that they can trust the information given by the Attested Oracles in effect making it a trustless process. Eugene also notes there are a variety of levels of oracles that can be built on Avalon with one example being a Verifiable Algorithm using Verifiably Random Numbers (VRF much?). Another example noted is Legacy System Integrations with TEEs, which can execute both code and data while simultaneously ensuring that the code and data are protected while only the allowed data is provided to the current smart contracts on the blockchain providing security. The last example is that Hyperledger Avalon can be used to build  trusted intermediaries that connect to external data sources with extra protection and assurance. This will prove that the information is attested to and that proof of the execution of the smart contract is on the blockchain.

According to this Hyperledger Avalon Proposal page Chainlink is listed as a company that has showed formal support and plans to continuing development with Hyperledger Avalon project for utilization with product development. It states there are 3 contributors that will contribute to the project's future plans "for how to integrate with decentralized oracles and attested oracles, which will be able to provide both Avalon computations and various on-chain computations enabled by them with secure access to various key API inputs and enterprise/payment event outputs".

In conclusion, it has seemed that the institutional adoption of the blockchain will be favorably agnostic to be able to achieve a wider variety of composability with smart contracts on various blockchains. I think it is no coincidence that major players are mirroring the approach of Chainlink to smart contract adoption by wanting to be able to use various blockchains for various executables depending on what service or industry the smart contract is for. I also feel its no coincidence that companies are moving pieces to be able to lay the foundation and standard for the new digital world being created. I am sure that we will continue to find mass adoption by major institutions and their legacy systems will go to solutions that have been time-tested, solutions that are easy to integrate with, as well as new solutions that have not been conceived to take share of a brand new market therefore increasing TVL for said products and companies. What do you think will be the next tipping point for crypto mass adoption to happen? Chainlink seems to be betting on DeFi, what about you?

A newly invested Chainlink Community Advocate striving for the progression of our communities through blockchain tech via Decentralized Oracle Networks.