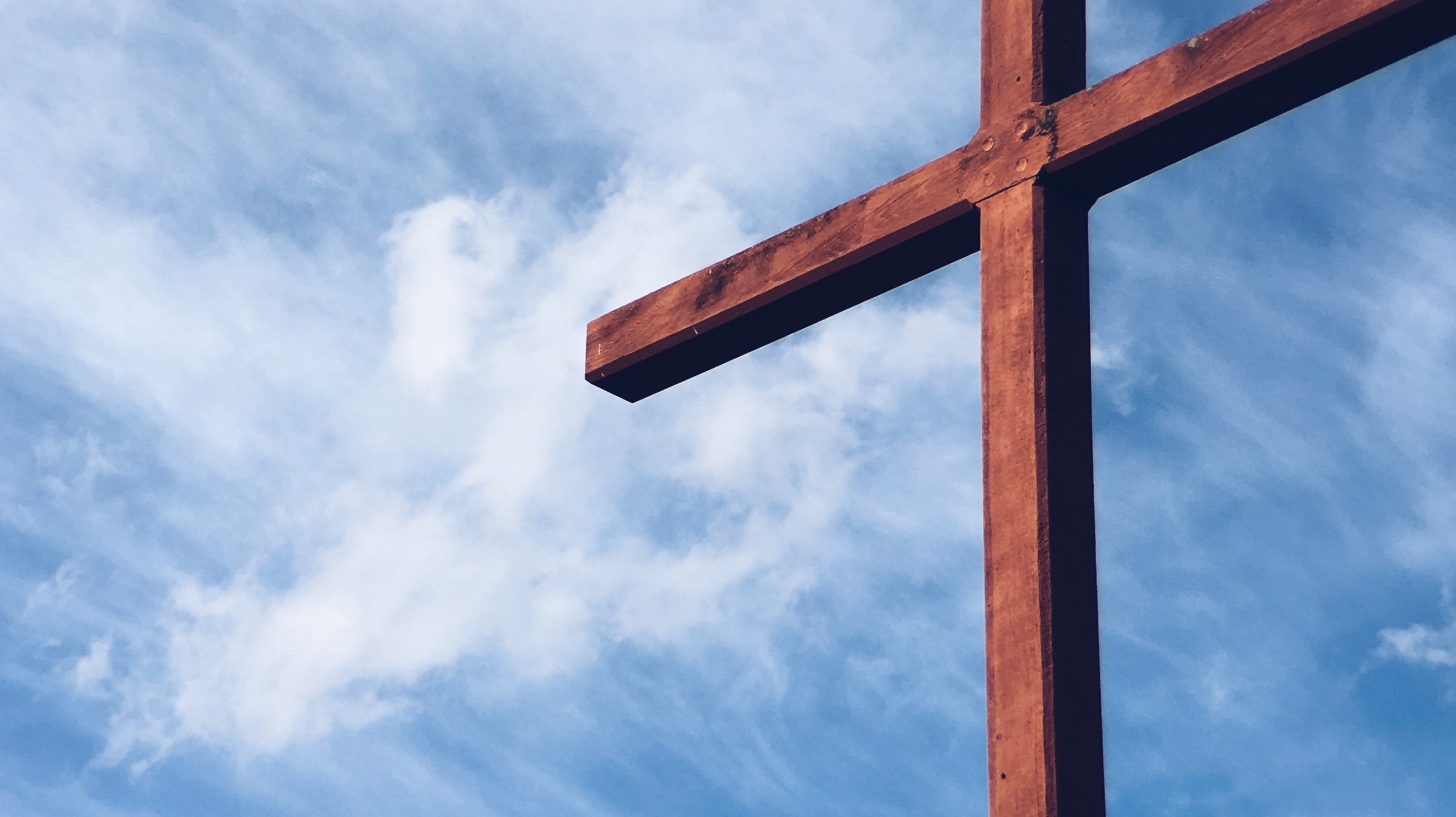 Acts 26:22 Having therefore obtained help of God, I continue unto this day, witnessing both to small and great, saying none other things than those which the prophets and Moses did say should come:Acts 26:23 That Christ should suffer, and that he should be the first that should rise from the dead, and should shew light unto the people, and to the Gentiles.

ON VIDEOS- [Past teaching- verses below]
JFK and Descartes video-
.The paragraph from the new document release said he was shot- from the front
.A brief review of Descartes
.The Jesuits
.Protestant Reformation
.Edgar Hoover said ‘ ít’s important that the public believes there was only one shooter’- huh?
.Epistemology
.Dewboy Lister update
https://ccoutreach87.com/overview-of-philosophy/
https://ccoutreach87.com/protestant-reformation-luther/

Acts 26 video-
.Paul makes his case- again
. ‘’I was just like them’’
.Then came the Damascus road
.He became a witness of the resurrection
.He was being persecuted- for the same hope they were all waiting for!
.They just didn’t see it yet
.Justified by faith
.Alice recall

I figured I would talk some on the recent release of the long awaited JFK files.
It actually serves as a good example of media narrative- and how things are framed.
I’ll copy the most important section below- some of the things that actually went along with the claims of the ‘conspiracy theorists ‘as the media have marked them.

In short- the documents show a man speaking about the surgeon generals report [autopsy] and it clearly states that the president was indeed shot from the front- as well as the back [This was disclosed by POTITO- and was in the government documents]
I have seen various documentaries over the years- some that claimed to have real photos of the president- and these photos showed Kennedy with the back of his head ‘blown off’ then later they showed photos where they might have doctored the image.
I never knew if these photos were real-

One of the so called conspiracies were witnesses who said there was more than one shooter.
Others who have said Oswald could not have carried it out alone.
And the autopsy [according to the document]- at the start- said the same thing.

I also was not aware [like others who have researched this for years] that congress did another investigation later on- when new evidence of a police officers recording of that day came to light- the cop had his mic keyed- and unknowingly recorded the sounds of gun shots on the day Kennedy was killed.

Congress actually said at that time- there probably was more than one shooter.
That was their official conclusion- just from the audio.

Later they tried to debunk the audio.
To me- the most explosive evidence was the fact that the document said Mr. Kennedy was shot from the front- and a bullet entered from the front- which is proof of more than one shooter.

You would think this would have been what the media focused on- but they did not.
Ok- I also did a brief review of Rene Descartes- hopefully will teach him on the next philosophy post-
I always intended to finish that study- but never had the chance.
I added the text of the paragraph below- as well as the links [at the end of this post]

I realize that it’s possible that the man who said this- could of course be wrong- but when added together with the other questions- it is somewhat of a ‘smoking gun’-
The main point I tried to make on the video- was how the media can shape narrative- if they want.
If you simply say ‘nothing here’- even if the documents show something- most people will never read them all-

And they are left with the narrative ‘nothing here’ even if there is ‘something there’-
That’s my main point.

(766)ACTS 26- Paul makes his case before Agrippa. Paul says that he is being accused of the hope that all the Jews are waiting for and serving God day and night to receive! It’s funny how all the religious requirements of the law and temple, the whole culture of Judaism. All the symbols that made up their heritage. All the times they would quote Moses or Abraham ‘we have Abraham as our father’ ‘we know God spoke to Moses’ all of these things were for THE SOLE PURPOSE of coming to a point in Jewish history where the Jews would receive their Messiah. Paul states ‘this actual hope and reason for our existence as a Jewish nation is the cause of contention that the Jewish leaders have against me’. What an amazing thing! Now once again Paul will state the basic Christian doctrine of Jesus and his resurrection ‘king Agrippa, why would it be so hard to believe that God can raise the dead’? Did you ever ponder this question? A few years ago you didn’t exist [30-50-70?] since you were born you have been taught that you exist because of certain natural means. You learned the process of birth, and some of you have actually had kids yourselves. During you life you have heard and learned about the universe, planets, the history of man. We have lived thru an industrial and technological revolution. We put men on the moon, we splice genes, we take men’s hearts out of their bodies and put pumps in there place! Plus all these things came from a point in time where there was no thing! Hebrews says God made every thing from nothing! Science actually does agree with this [read my section on Evolution] and after all this experience and knowledge you have attained in your very short life, yet if God were to say ‘I will raise the dead’ people say ‘now, how can you expect me to believe that?’ We do have pea brains at times! Paul also retells his conversion and says how Jesus told him he would be a witness of the historical events of Christ and his resurrection, but Jesus also said ‘and you will testify of the things I will reveal to you in the future’. Now we have to do some stuff. What were the things that Jesus was going to reveal to Paul in the future? We read these things in Paul’s letters. Basically the great reality of our sharing in the divine nature [actually this is Peter] our sonship. The great mystery of God making one new man out of Jew and Gentile. Truths concerning the ascension and the heavenly realities of redemption [Hebrews]. The point is the ‘future revelation’ of Jesus to Paul was not some knowledge outside of the boundaries already laid down in the gospels. The doctrine of the Apostles was already being taught thru out the book of Acts. God simply gave Paul greater insight and revelation into the truths that already existed. The Gnostics [early second century cult of Christianity- the word comes from the Greek term ‘Gnosis’- knowledge]. They taught a type of special knowledge that said the basic Christian who only has the historical truths of Jesus are at a lower level. Once you become a Gnostic, you then have special revelation that can’t be learned thru normal means. A popular Christian teaching comes close to this ‘revelation knowledge’. Many years ago I was a student of E.W. Kenyon and the word of faith movement. Brother Kenyon taught a type of mystical teaching that said God can reveal things to people outside of the 5 senses, and this is ‘revelation knowledge’. Can God do this? To a degree, yes. We actually read how Agabus gave Paul a prophecy about being bound at Jerusalem. Or Paul dreaming about a man in Macedonia asking for help. I see the reality of God being able to reveal things to us supernaturally as a gift of the prophetic. We are born of Gods Spirit and we do receive understanding from God as his Spiritual children. But yet Paul will write ‘study to show yourself approved’. So Jesus told Paul he was going to show him stuff in the future. Paul based his apostolic authority on this fact [Galatians 1-2]. He would say ‘the gospel I preach was not given to me by men, but God revealed it to me’ what gospel is Paul talking about? The gospel [good news] of the grace of God. Jesus revealed the more important stuff to Paul as time went on, Paul was seeing more and more grace!