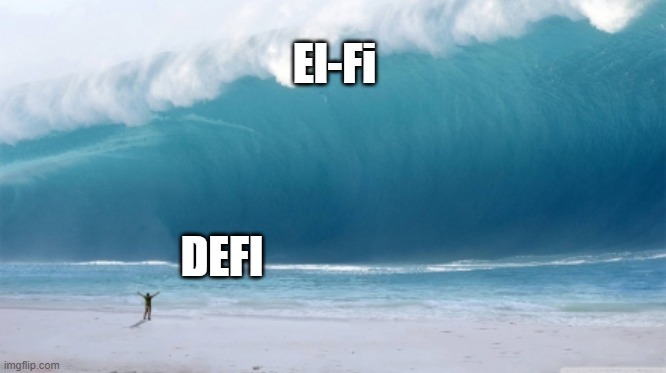 Ok, my Twitter feed is packed with $YAM content. Decided to dig in and explain similarities between $YAM & $AMPL. Also, it's time to coin the new term for this type of asset. But first, let's do a quick recap of top $YAM twitter posts.

The thing even managed to take down CoinGecko

In short, what's this $YAM thing?

So, What is this $YAM thing? 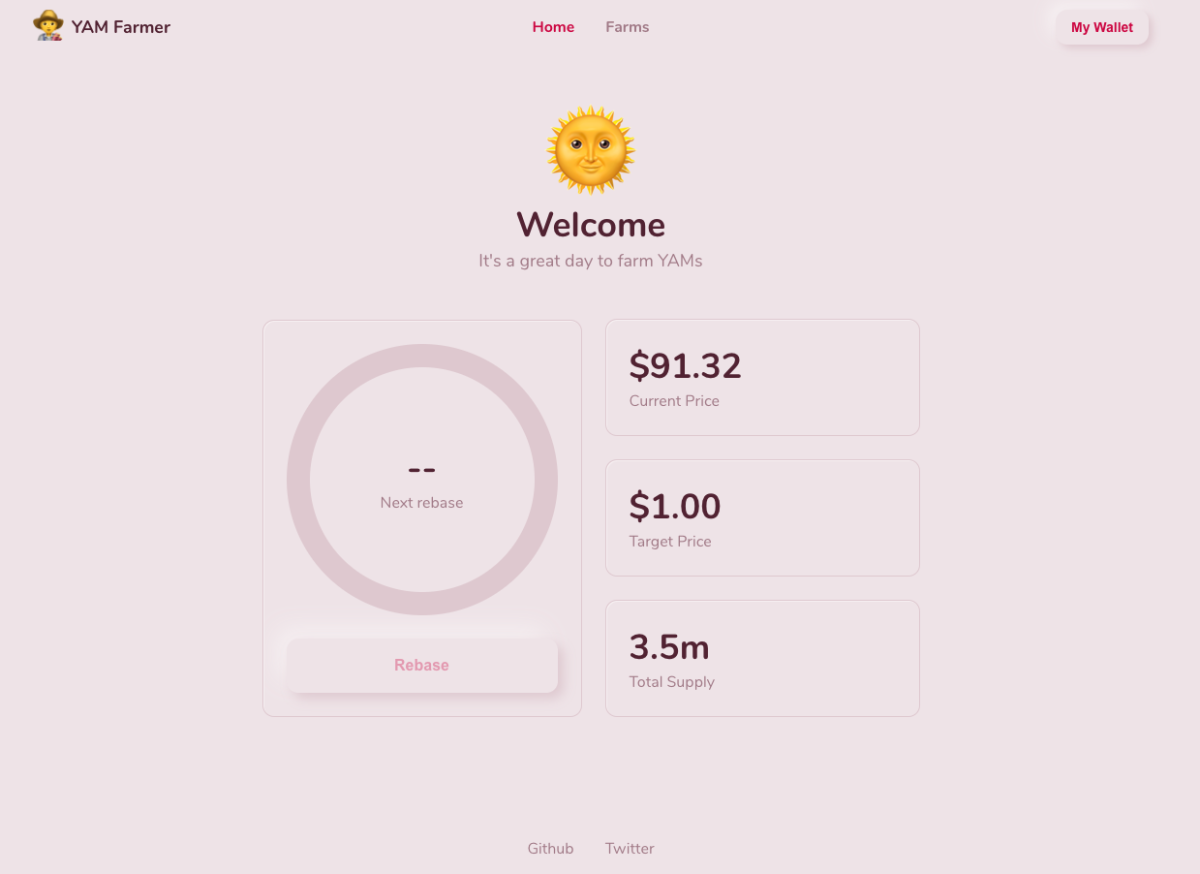 No, these aren’t token for you to be able to claim your sweet potatoes for Thanksgiving but they are a very brand new DeFi product that is taking the entire community by storm.

This is certainly evidenced by the fact that YAM has barely been live for 48 hours and it has managed to lock in over $500 million in USD into the $YAM smart contract. Even though the project was announced through a Medium Post, it went on to amass the $500 million in just a few short hours.

In addition to this, there has already been over $80 million in 24HR Volume with a total of $7M in liquidity pool;

It is an experiment and it is hella interesting for certain!

If you have a weak stomach (or hand) I would suggest keeping far away from this and leave this thing to the risk-loving individuals who are built for this kind of thing. For them, this type of opportunity comes around once in a lifetime.

Explaining this is pretty difficult if you are new to the entire DeFi space but I will attempt to make it as easy possible for you.

In short, YAM is the latest product that has been birthed from the yield farming industry and it is considered as an evolution because it combines the best parts of particular DeFi coins (i.e. AMPL) with the best governance practices that are appreciated today.

Its price went down by 90% from ~$150 overnight for a few reasons: 1) after massive pump a massive dump is expected 2) its retarget price is at $1 per $YAM , 3) the critical bug was discovered 12 hours ago and 4) despite the drop, the rebase was at 900% which did offset the loss on the token price.

You see, $YAM has no pre-mine, no pre-sale, no Venture Capitalists trying to get their profits out the market. It also did not allocate any of the tokens for the founders.

Can you believe that?

A cryptocurrency project that ACTUALLY started at $0 on a COMPLETELY level playing field for everybody.

$YAM was distributed today across eight YAM staking pools which include;

If you hold any of these tokens, you can put them into the official $YAM liquidity pools through their front-end interface and start earning $YAM. This is the only method of distribution and these token were chosen specifically to reach a broad spectrum of the DeFi community. Of course, you can easily buy each of them separately on Uniswap.

The team has stated that they will distribute 250,000 per pool (up to 2 million $YAM) per week to stakers in these pools. In total, there will be 5 million $YAM distributed as the starting circulation.

Another interesting part of this entire project is related to its governance. A portion (set at 10%) of each rebase is used to buy yCRV - a high-yielding basked of USD stablecoins. This yCRV that is purchased is allocated to the Yam treasury which is controlled by the community through governance proposals.

The community will have the option to vote on what happens to the funds in the treasury moving forward as the entire protocol is now in the hands of the community.

As you could imagine, with the success that DeFi protocols such as $AMPL, $LEND, and $COMP, people are flocking to $YAM in a HURRY. The market has gone completely parabolic and has already reached above $140 - this is all UNDER 24 hours and then faced a parabolic downfall to a $10 range. Yet another day at defi pretty much. 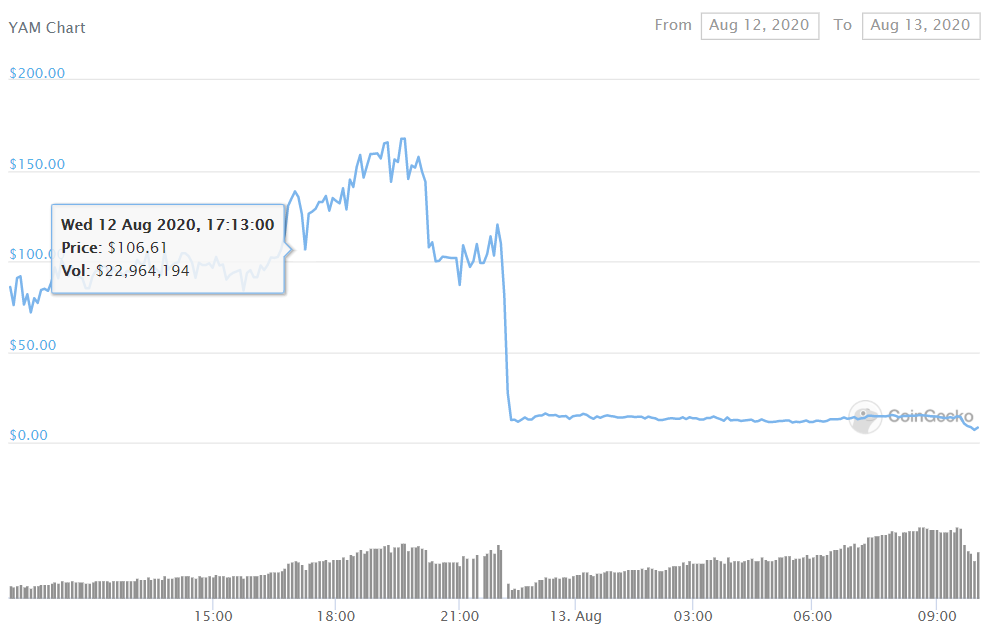 This is all very well and exciting but coins like this do not pump so quickly for no reason. There is always something going on behind the scene that makes people flock to a project so aggressively.

The reason in this case is likely to do with the fact that it takes the best parts from other DeFi coins so far and mashes them together.

But do you know the most interesting part of the token?

Its supply is ELASTIC.

Yes, you read that well. It's the second token with an elastic supply similar to $AMPL.

El-Fi the next big thing after DeFi?

You’ve heard of DeFi - Decentralized Fiancne - well, let me introduce you to a new type of asset known as El-Fi.

ElFi stands for Elastic Finance. I first saw this terminology on Twitter and I do believe that it was Evan Kuo who might have coined the term but I think that El-Fi sounds much better. E-Fi is more like, Electric-Finance kinda thing?

The big deal about $YAM its elastic supply which is now dubbed as MVA (multi-variable asset). They are multi-variable because both the price and supply are free to move. This is the opposite of SVAs (single-variable assets), the asset type you would be most familiar with, which has a fixed supply and a floating price.

Bitcoin is a strong example of an SVA.

The introduction of an entirely free moving second-axis causes technical analysts and traders to rethink their original strategies as they, typically, should not work when analyzing MVAs.

Who Pioneered the El-Fi Movement?

Ampleforth launched the first-ever ElFi token before the terminology had even existed. The project was created by Evan Kuo (yes, the guy who Tweeted about El-Fi) and Brendan Iles.

Ampleforth has been trading around since mid-2019 but it was pretty much buried in the depths of coinmarketcap rankings.

The team released an incentive program called Geyser toward the end of June 2020 which caused Ampleforth to catch the DeFi wave and it made headlines across the space. This helped the $AMPL rise to become one of the top 50 ranked coins today.

I have been involved in AMPL for a few months now and have been writing about the project in-depth. For example, I wrote a tutorial on how to provide liquidity to the Geyser, I created a great spreadsheet to calculate your rebases and profits and rebutted the rumors that the recent AMPL price crash was the end of the project. In fact, we are still at the very beginnings in the lifecycle of $AMPL and the El-Fi sector as a whole.

Both of these tokens are very similar to one another and they both stand on the very edge of the DeFi space. One of the major features both have in common is the elastic supply. They also have the following similarities;

Whilst these tokens are similar in some ways, they also have very key distinctions between them both that include; 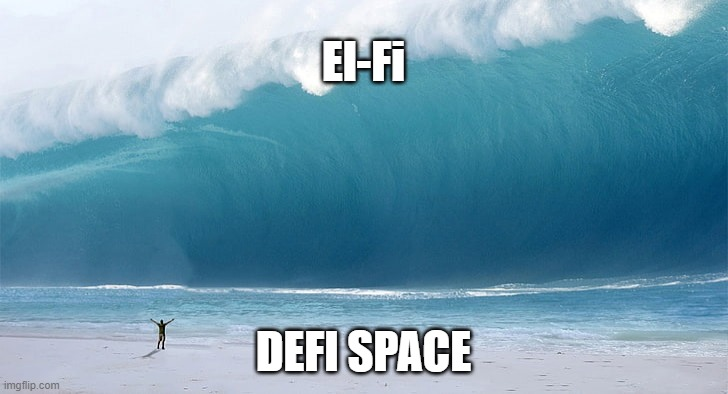 Well, right now we are extremely early for El-Fi. We just coined the term today!

Sailing unknown waters is dangerous in any territory. At the same time, if you manage to ride the waves and avoid the crashes, the murky waters often clear up and become extremely rewarding for those who can find this new island.

For sure, many people will point fingers at El-Fi assets as it doesn't not fit any agenda this world has ever seen. Hopefully, over time people will acknowledge their purpose and existence - similar how Bitcoin paths the way for the whole decentralized monies.

There is one thing we can be sure of that is coming next - a huge wave of projects based on elastic supply mechanisms.