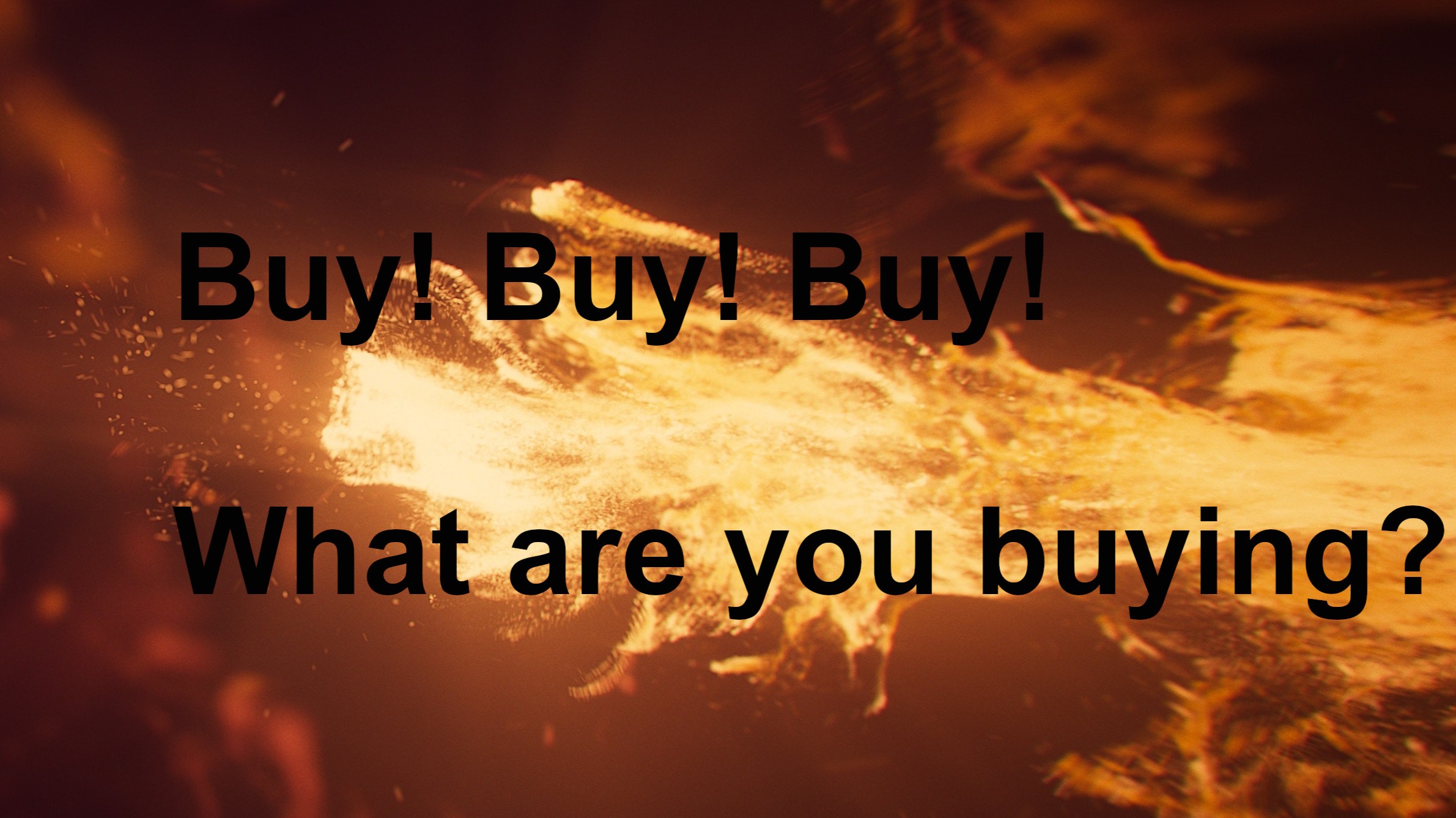 What I Bought on the Dip

Did you buy the dip?  I sure as hell did; I loaded my bags like a greedy little piggy snarfing up feed.  Now just because we have 12 hours of green candles does not mean we can't just as easily see another bloodbath in the short term, but as long as you are able to look ahead a few months I feel confident this will prove out to be an optimal buying opportunity.  Let's take a look at a few of the coins I got my greedy little hands on.

I added an extra 42% to my bag of DOT.  It is slow to rebound and can still be nabbed under $33 at the time of writing.  This represents around a 31% discount from its all time high.  DOT has a lot going for it and I still believe it will reach over $80B MC this cycle.  You can also get 12% for staking your DOT on Kraken.

I actually bought then sold my SOL at the 30% gain level, so I missed out on this past weekend's moonshot.  My plan wasn't to hold SOL long term- it was just a means to an end to add more ETH.  Maybe I should have just held.

I added about 15% to my Harmony bag.  Have to tell you though until today when it recovered somewhat, I had to turn off my phone and walk away from the computer several times the past week or two so I didn't do something I would later regret.  I also had to write an article on Harmony to remind myself why I bought, continue to hold, and needed to buy more.

I added around 10%.  Cardano is a long-term play for me so I will continue to DCA into it and have no plans to sell in the near future.

I hate the Voyager App...Hate it.  That said, their native token got the crap knocked out of it and created an opportunity to put aside my disgust with the platform to make a buck off of them.  The publicly traded exchange has experienced considerable growing pains, but they have consistently been onboarding new customers this year and offer many ALT coins that are more difficult for U.S. consumers to purchase. I tripled up and plan to dump these later this year- hopefully Voyager can fix its short term growth problem.

I DCA into Bitcoin monthly.  I did sell a bit before it dumped below $55K to free up some cash for a few of my short term plays.  I have since re-bought.  I don't really think I need to explain why I hodl BTC.

I added 10% to my BNB position.  I wanted to get my cost-basis a little lower as I was actively swing trading it and got caught with my pants down when the market shit the bed.

These are the major trades/purchases i have made the past couple of weeks.  Let me know below what you have been buying or will continue to buy until we come out of this short-term slump.

As always Thank you for reading and give me a thumbs up if you gained something from the content.

I write about Technology, Crypto, and JPEGs. If I write about it and own a position- I will disclose it. *For entertainment only*