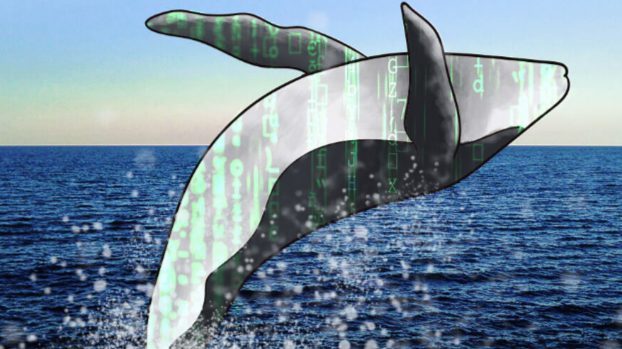 The Whales start September with a force pushing the market crypto

We are in the last month of the third quarter and already we have a number of exciting motions of the whales that have coincided with a slight recovery of the market, especially Bitcoin, the criptomoneda leader. 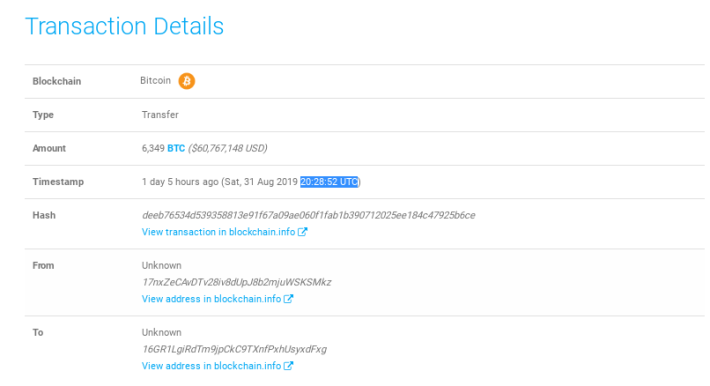 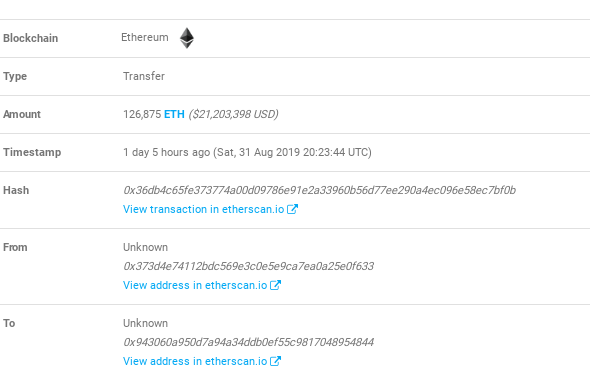 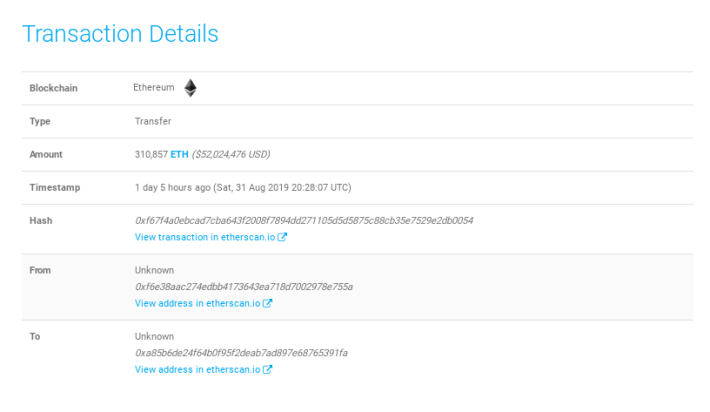 To the end of the day, the big news highlighted by whales came from the company Ripple, which again released a significant amount of tokens XRP as we are used to each month. On this occasion were a million tokens XRP placed in escrow by the company for an amount of 258.488.781 USD. 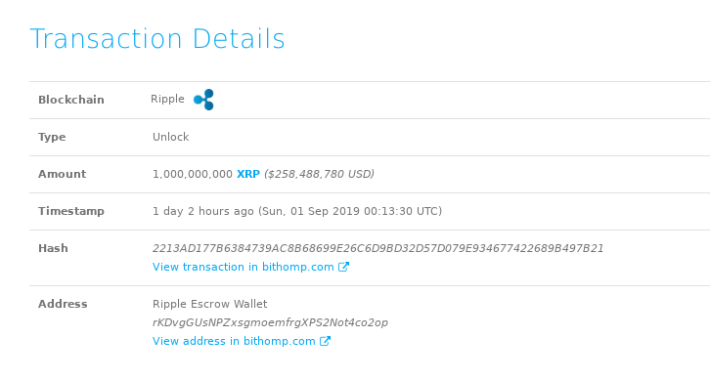 AND if as this was not enough, a whale of XRP transferred 80 million tokens XRP in a wallet unknown in two transactions, using as an intermediary the wallet ‘Funding Wallet 1’ the owner of the not inconsiderable figure of 500,000 M tokens XRP. 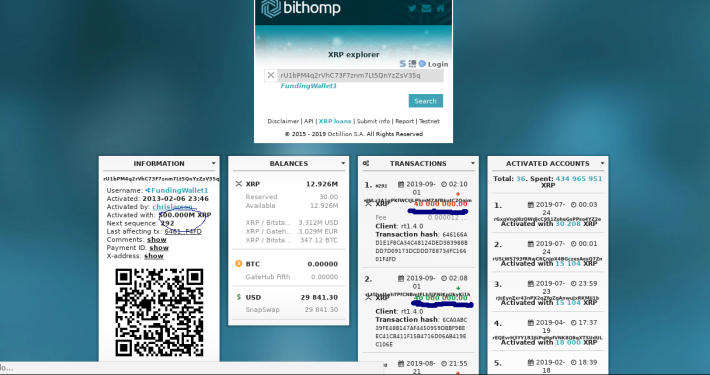 Arrived September. Injection to the exchanges and the Bitcoin start recovery.

So began this first day of the month nine of the year 2019. A significant amount of money has been starting to move from wallets with addresses unknown to the exchanges more popular as OKEx, Huobi and Binance, usually money from guess who, Tether. 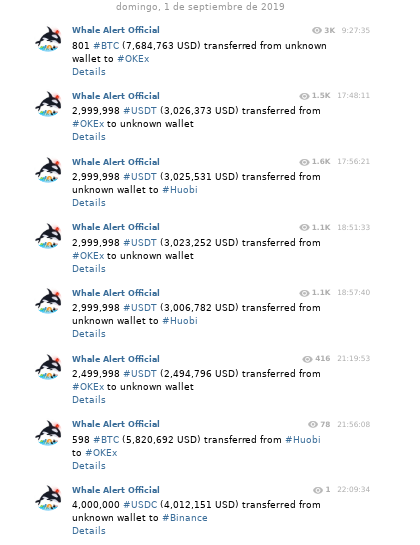 The time of writing, the amount transferred in these transactions is a little more than $32 million, with 80 per cent injected to the exchanges OKEx and Huobi by the stablecoin USDT.

The total amount that you just 1399 BTC have been transferred in two transactions from the first by the amount of 801 BTC from a wallet unknown at the time when exchange OKEx. 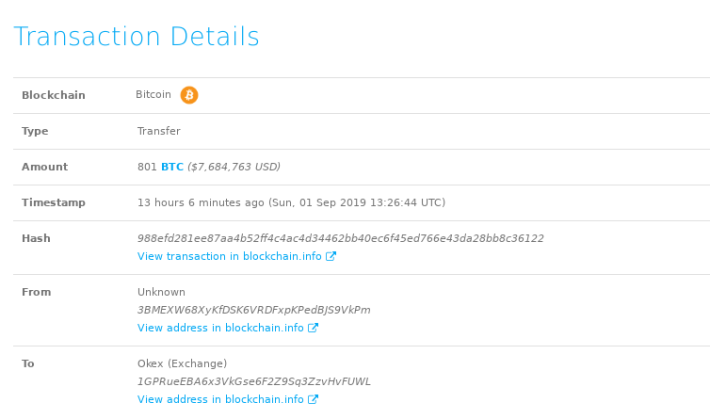 A second transaction was a movement among multiple addresses of the exchange Huobi to a wallet on the exchange OKEx by the amount of 598 BTC. 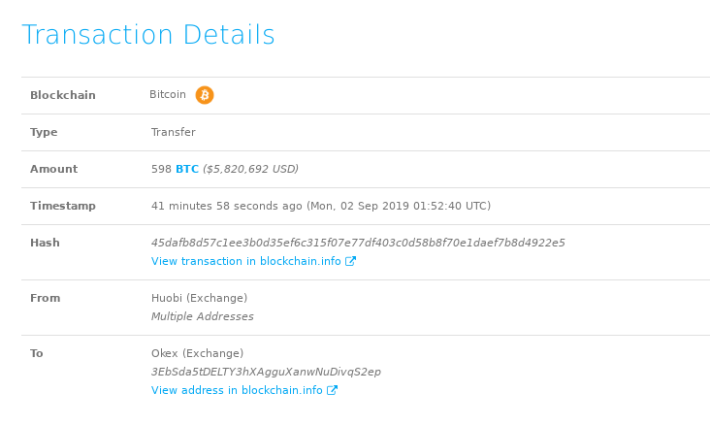 For the end of the day, a large amount of buying in short in BitMex was liquidated during the afternoon of today, being a push vital to the recovery of the price of the main asset at the time of writing. Await if this thrust can be maintained thanks to the manipulation of the whales or FUD around the ecosystem. 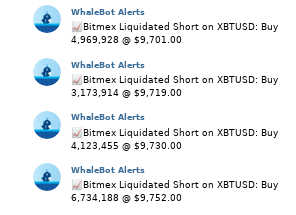