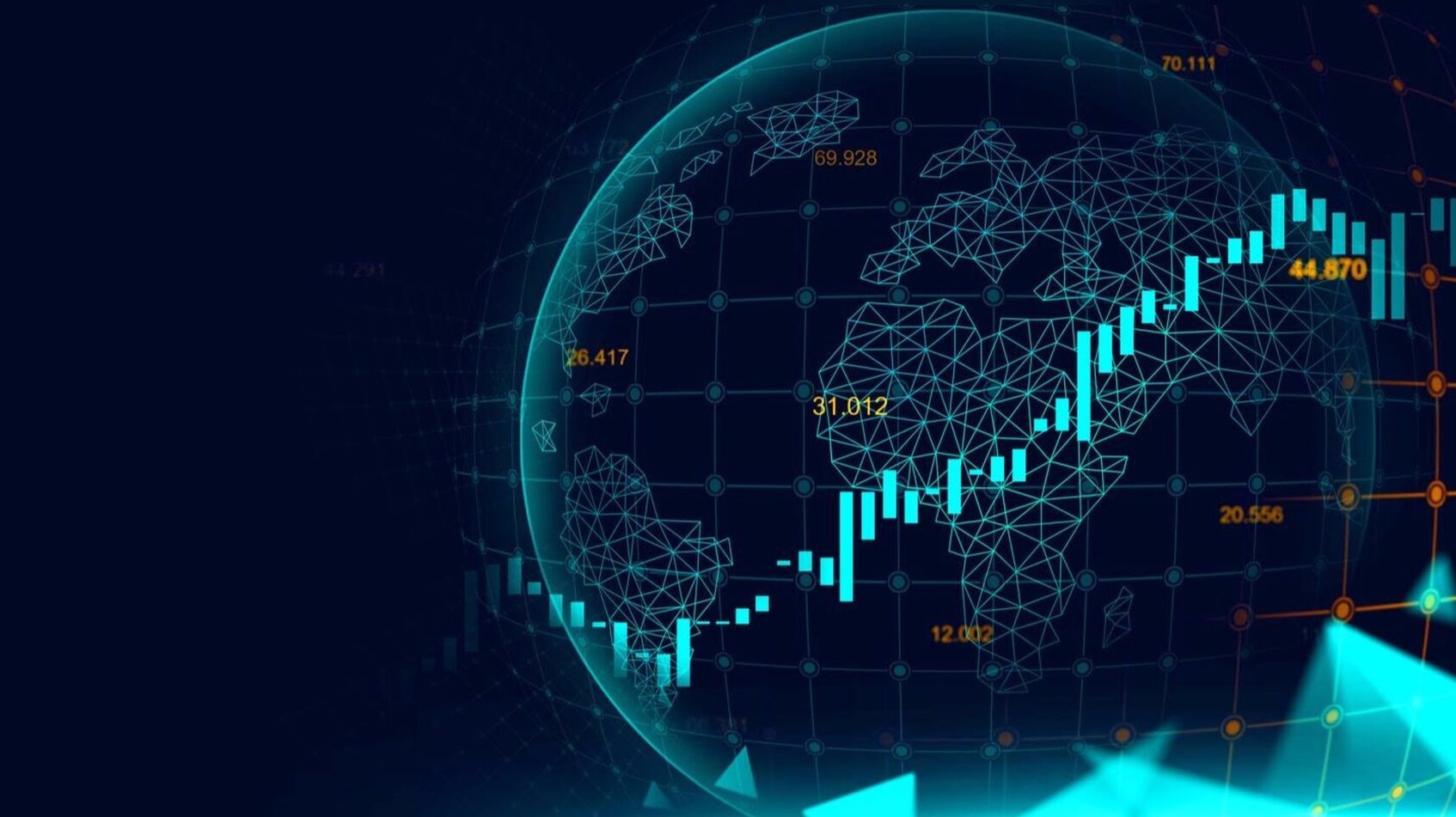 The 3rd generation platforms continue to demonstrate in the last quarter of 2019 that they are an excellent option for both decentralized application development due to their high scalability and underlying technology far superior to their predecessors, as well as an excellent investment gateway to the crypto ecosystem because of its fast profitability and little capital at stake.

While Bitcoin is the best reference for many investors given its high volume and trade, it is not the only option available in the cryptocurrency market. Within the alternative market, the wide range of options that float on the fascinating cryptomarket is well known every day, but it is also widely known that only some proposals are worthy of analysis, especially within the most recent cataloged blockchains of the third generation.

The new concept of the Decentralized Web or Web 3.0 how we know it technically, will go through the development of a wide spectrum of decentralized applications, and only those platforms that manage to scale and adopt a high demand market in the correct way, will be the ones that finally stamp their stamp within future decentralized browsers. Although there are about twenty blockchains between the first platforms such as Ethereum, NEO, through Tron, EOS, for the development and hosting of the dApps, the last ones currently under development and with great performance both in tests and in their main network , cataloged as 3rd generation blockchains, seem to have everything in their power to position themselves with the further development of these applications and therefore, the significant momentum for the widespread adoption of blockchains technology

Cases like Matic Network that take advantage of Ethereum as a layer 2 solution, is a clear example of how to compensate for the problem of binding off the main ETH chain due to low scalability. Or the case of Harmony with its sharding technology and PoS are a clear example of how the combination of technologies can help boost blockchains, without forgetting FLETA with its new block redesign and proposed Proof of Formulation algorithm that allow together to the sharding parallel, for now the highest scalability by blockchains platform some proven in practice.

This Singapore platform, with an extensive development team based in Mumbai, India, is an implementation of Plasma to provide side-chain scalability solutions for public blockchains. Currently its development team has achieved 10,000 TPS in its beta testnet launched in Q3 2019.

Matic Network is an out-of-chain scaling solution based on Ethereum, which allows instant transfers, exchanges and conversions of digital assets and in a future cryptocurrency like Bitcoin using other stable currency protocols. Matic also intends to include support for transfers between chains and decentralized exchanges.

The network uses the homonymous token as the payment and settlement unit among the participants that interact within the ecosystem in the Matic network. Its use for payments is similar to how you make payments in Ethereum or in any other base chain, but you can make micropayments with a higher yield and low cost.

Its integration with the network is quite easy if you already have a DApp running in Ethereum.

Incento (formerly known as Crypto Staw) is a DApp integrated into Matic's side chains that handles P2P payments. The company currently indicates that it has about 25 Dapps been built on its platform, and its full mainnet is expected to be launched between Q4 2019 / Q1 2020.

The Matic token currently occupies the 100th most important ranking in the crypto market, with a spot price of USD 0.015079 per unit, with a decrease of -3.11% in the last 24 hours, according to the CoinMarketCap.com benchmark.

The token can be found in the Binance Exchange, and precisely its 4H graph of the MATIC / USDT pair presents a level of correction in its price at key support levels established at the Fibonacci @ 38.2% level after its price has skyrocketed to more than 50% at the beginning of the previous week.

Now the token presents a test of immediate resistance to Fibonacci @ 50% level located at USD 0.01510 levels, + 2.87% in relation to the current quotation price.

The Aroon indicator indicates that the fall of the token will possibly be at key support levels in the next few hours, with a bullish signal still at the bottom of the chart.

CMF, for its part, points out the large withdrawal of profits by many investors who saw their profits multiply by up to 50 percent, after the token fired the previous week. However, its levels remain slightly in the negative zone, but it is expected that there will be a reversal of this trend in the short term. 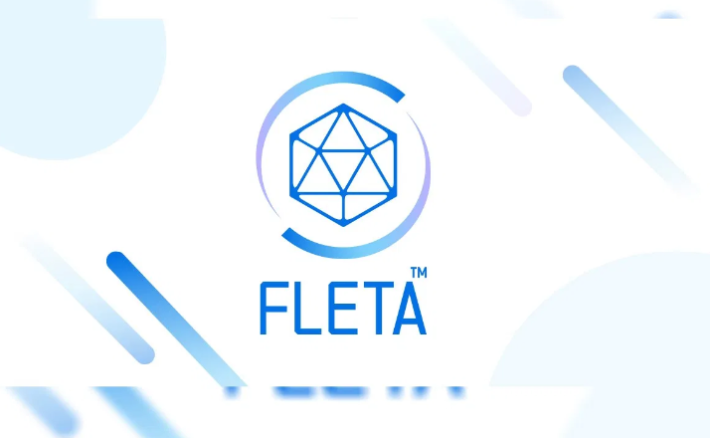 It is a platform native to South Korea and to date it boasts of having the blockchains network with the highest scalability in terms of transactions per second with about 15,000 TPS in its main network launched this past July 23, 2019.

FLETA proposes a series of technological combinations to achieve its high scalability objective. First, the platform introduces a new algorithm under US patent review called Formulation Test, which is an improved combination of PoS and dPoS algorithms, with which it achieves a balance between decentralization, security and speed by combining its PoF with a redesign. the block size that optimizes the verification of transactions more quickly, adding an anti-fork security layer by delegating this activity to the figure of observer nodes.

On the other hand, the platform also adheres to sharding as a technological solution and together with a multi-chain interoperability scheme, it achieves the balance of scalability without risking security in its transactions, something very contrary to what other platforms such as EOS offer, for example, where Security failures in this regard are widely known.

FLETA also uses a homonymous token as payment gateway and hosting decentralized applications including other chains at very low cost. The Korean blockchains aims to position themselves within the gaming world due to their high scalability and in that sense they are developing three applications in their main network with which they promise to be disruptive in that field: Wallet Warrior (an RPG), Star War (a puzzle game) and FLETA Slots (a game of chance).

Recently they were present at the Delta Summit 2019 in Malta, where the technical cooperation between Sendsquare and the company came to develop Heart Number in its main network.

Its 4H graph of the FLETA \ KRW pair is quite optimistic, since the token comes from culminating a triple Elliot corrective wave that has taken it to levels close to its strong support established in the lower limits of the Fibonacci retracement and a rebound is expected up to immediate resistance levels expected in R1 coinciding with 23.6% of the levels @ USD 0.009846 (11.66 krw), a benefit of up to + 4.9% in relation to the current position. 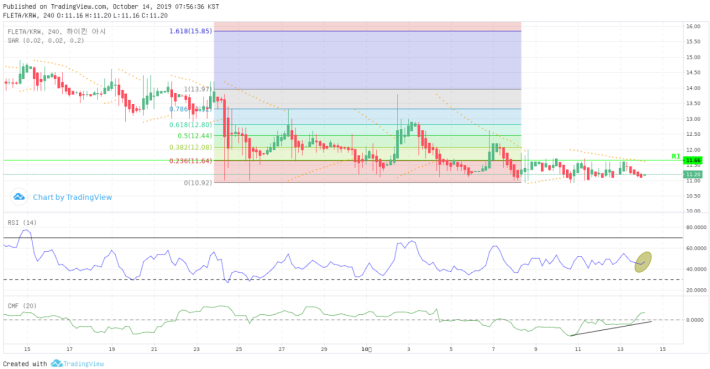 The RSI indicator projects an increase at its end after the purchase interest of the asset had dropped significantly in view of the expectation of a lower price. Now the time of entry seems to be ideal when the RSI is slightly above the equilibrium limit of the buy-sell pressure.

In line with the above, the Chaikin Money Flow indicator projects an increase in capital inflows to the FLETA market, which already exceeds levels of the outbound borderline.

The blockchains platform based in San Francisco, but with a mostly Asian development team, is a platform that also focuses on scalability with an achievement so far achieved in its main network of up to 8,000 TPS.

The platform has great activity in recent weeks after joining Binance and Huobi exchanges recently and focuses on solving what they call the blockchains quadrilem, adding the fourth critical dimension, privacy.

Harmony presents a new staking scheme in its node system called Pangea, under the name Effective Participation Test, or EpoS. According to the development team, this new protocol reduces centralization while allowing delegation and capitalization. Its spinal system also rests under the concept of sharding through a series of technical improvements for random verification.

Their goal is also aimed at the collectibles market, as they have demonstrated by their acquisition of Quidd with Animoca for USD 8 million. Harmony also formalized its partnership with Carbon in order to establish a fiat access ramp for users with Apple Pay.

Harmony uses the ONE token to operate its ecosystem. ONE quotes at the time of writing this post about USD 0.0005978 per token, with a sharp drop off -6.13% in the last 24 hours, occupying box 173 of the general cryptocurrency ranking.

The ONE token comes from experiencing growth on October 7 that took it from the USD 0.00490 line to a maximum of USD 0.0070 on October 12, to begin to fall sharply to values close to the key support at the levels of 23.6% Fibonacci @ USD 0.00590. Currently it completes what we could consider its second wave of a triple Elliot correction that could lead to an impulse of almost eight percent in the short term to levels of immediate resistance at Fibonacci levels @ 38.2%.

The indicated CMF indicates a strong capital outflow from the Harmony market, reflected by the withdrawal of profits from many investors to current positions.

To conclude, the RSI signals a decrease in generalized interest compared to the ONE token of the platform, with levels of decrease of the indicator below 50.