Crypto whales achieve their price recovery mission by injecting bitcoins, stablecoins and altcoins into the market 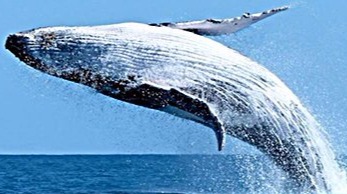 Crypto whales achieve their price recovery mission by injecting bitcoins, stablecoins and altcoins into the market

During the escalation of tensions between the United States and Iran this week, the market saw the passive action of whales, especially with the Bitcoin and Tether crypto currencies, which were the big focus of these actors in crypto space.

In total, according to the website specialized in monitoring the action of the crypto whales Whale-alert, about USD 720 million were mobilized during the day from 6 to 10 January this year.

Movements included cryptomonies such as Bitcoin, Tezos, POWR, Binance Coin, Maker and stablecoins such as Tether and Paxos. Over 901 million coins were transferred in the period indicated.

It is worth noting that the above figures do not account for the funds stolen from the Upbit exchange, which were moved during the week. These funds were moved by the hackers on a total of 23 occasions, for an average of about three million dollars.

It seems that the new 'owners' of these stolen Ethereums have been using fractions of the altcoin, which is presumed to be the expense of current use to avoid the tracking and blocking of the funds stolen last November. 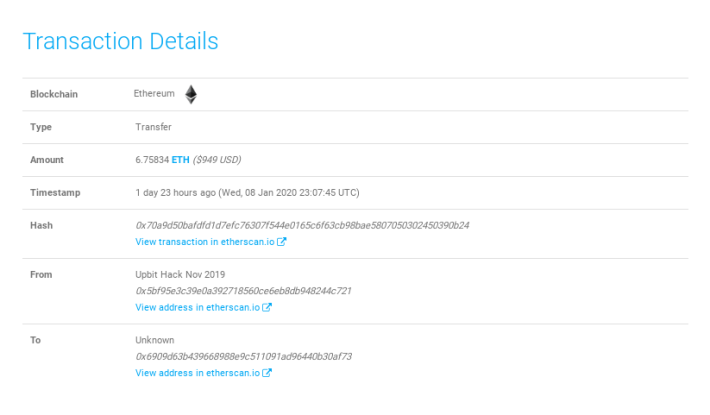 Price of Bitcoin was influenced by whales

As for Bitcoin, the leading crypto-currency was the subject of withdrawals into purses with unknown addresses for more than USD 100 million in a dozen opportunities. In total, 13,341 BTCs were sent out from the Binance, Coinbase, Okex and Bitflyer cryptosystems exchanges during the second week of 2020.

The rest of the 16,482 Bitcoins mobilized by the whales were sent to different exchanges, worth USD 131,225,750 million in ten movements.

According to the graph, we can see that during the escalation of tension over the Iran-US conflict. Crypto whales also had the largest share with more than 39.7% of bitcoins moved, which could give a reasonable explanation for the price push, if the theory that cryptomone is not considered a safe haven is true.

The Bitcoin price is now trading above USD 8,000 again at the beginning of the weekend, which is a significant recovery after entering the support zone set at USD 7,700 yesterday.

This recovery could fit perfectly with the price manipulation theory that a bitcoin whale needs to push prices up or down, as highlighted by cryptomoney enthusiast Alby Ja.

According to Ja, the bitcoin whale explained that manipulating the market was easy and only required no less than USD 100 million, a figure that coincides with what Whale-alert reported this week.

In addition, the amount of large unfilled orders in the main exchanges of crypto currencies this week, make us assume that these actors definitely took advantage of the moments of uncertainty in all markets to generate the necessary FOMO that would allow them to accumulate at low prices to push the respective recovery of the price of bitcoin that we are observing, in order to maximize their profits.

Without a doubt, the big protagonist of the week for the whale movement was Tether's stablecoin USDT, representing 55 percent of the total mobilized in U.S. dollars during the week, according to the figures counted during this period.

Of the US$395 million that was mobilized during the week, during Wednesday, more than half was accounted for in two large transfers between purses from unknown addresses, as we can see in Whale-alert's report.

This could suppose the availability of resources to introduce to the market and generate massive orders in the different exchanges, in order to manipulate the prices to the convenience of the cryptic whales. 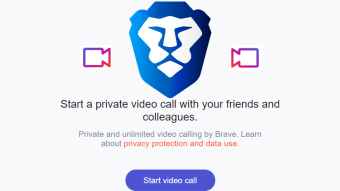