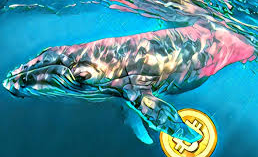 $ 83 Million dollars moved by a whale presume an advance to the Bitcoin price drop.

Although the market has been relatively stable in the last two days, it is not crazy to think that something big could happen in the crypto ecosystem next to the end of the month. Bitcoin, the main reference continues to witness important transfers that often compromise its immediate support or resistance as the case may be.

In the last two days, three interesting movements have been generated around both Bitcoin and other cryptos that are important to mention for their possible effect on the price and market behavior.

The first transaction occurred on August 27, 2019 for an amount of 8180 BTC, approximately at the time of the transfer of $ 82.9 million dollars between unknown wallets as Whale-alert reported on its official website.

The details indicate that the movement occurred at 10:37:57 UTC on August 27, 2019 under multiple sender addresses and a wallet of unknown origin. 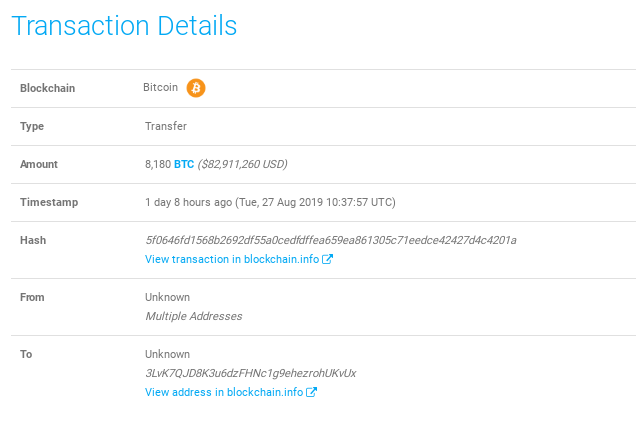 Highlights the fact of the low fee that this great movement implied, just 0.0000065 percent of the total amount transferred, that is, about five dollars and a fraction.

For now, this movement generated a loss of 200 units in the price of the asset that could be contained in time by the bulls.

However, an anticipated break of the triangular pattern projected below the 10240 line that was the final result of the previous transaction, was achieved 20 hours later and at the time of writing, the price of Bitcoin has collapsed once again below of the 10k when trading @ $ 9672.53, a loss of almost 600 units in a single movement, as many analysts had predicted, with a general market exit of $ 12.7 billion in minutes.

As a result of this fall, a series of long-term contracts of the XBTUSD pair in the BitMex exchange, the main reference of Bitcoin, happened as the price declined. 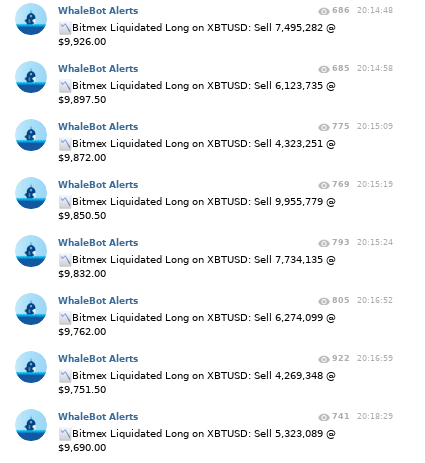 As part of its marketing strategy and adding more fuel to the fire, the controversial Bitfinex exchange famous for its price manipulation with its stablecoin Tether attached to the US dollar, USDT, announced the update of its margin trading through the USDC \ USDT, PAX pairs \ USDT AND TUSD \ USDT.

As a consequence, a series of important impressions have occurred in the last hours of USDT by the Tether treasury and some stablecoins such as USDC, PAX have had significant movements that have worried many investors about another possible manipulation of the BTC fall of the giant exchange. Tether represents more than 94 percent of the entire transaction volume of stablecoins according to Chainalysis.

At the time of writing, a Whale-alert alert indicated that more than 55 million USDT dollars were transferred from the Bitfinex exchange to the Tether treasury and that a series of movements of PAX, USDC and USDT have moved to the Huobi exchange during the fall of Bitcoin, presuming the ability to accumulate by the giant Asian exchange, one of the great whales of the crypto market. 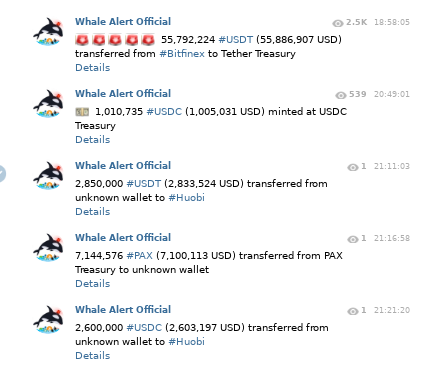