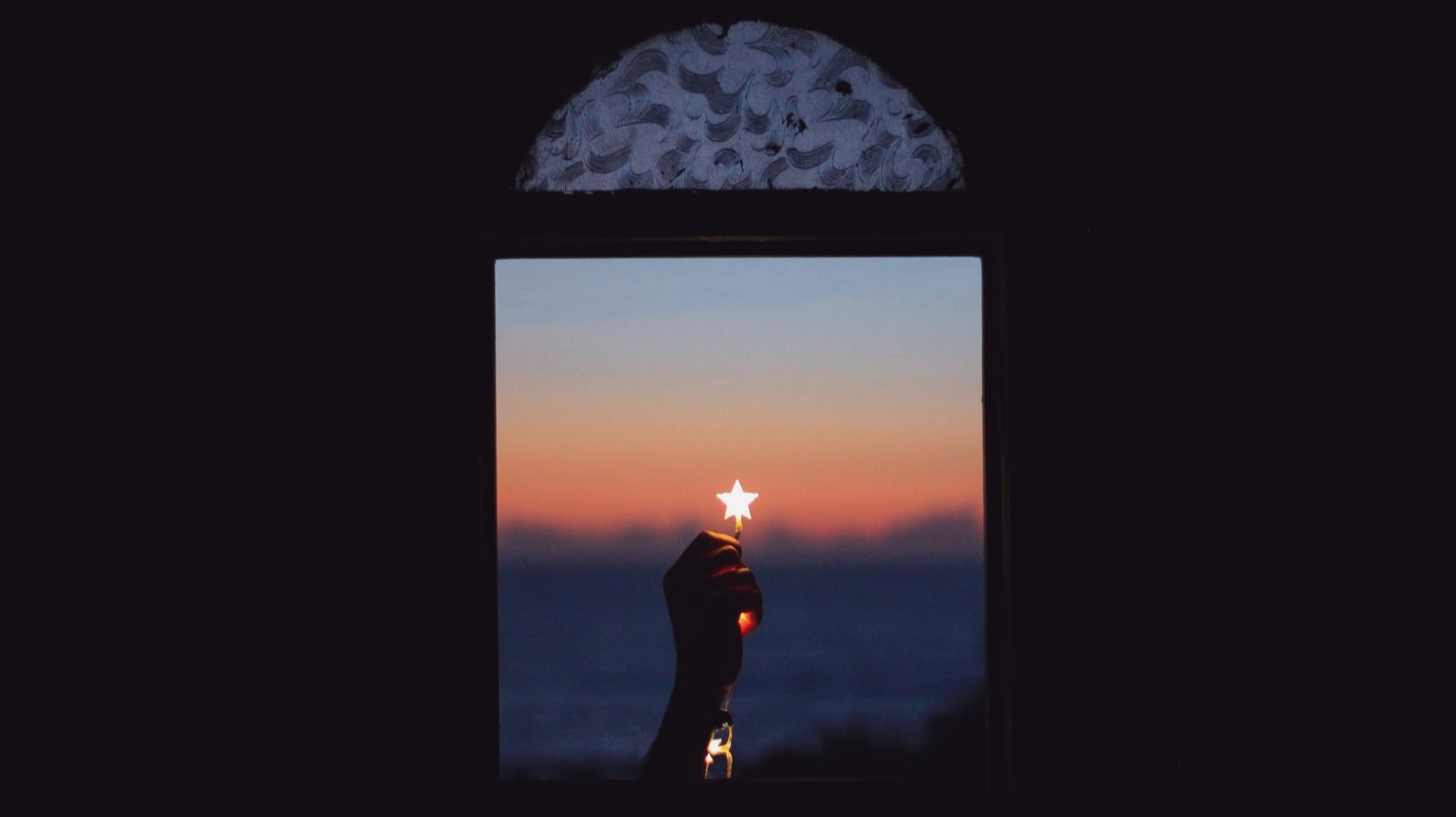 This article explains the form in which intequity manifested in the cryptocurrency industry, with brand tokens and Moyom (MYM) utility token, listed on Ipparts Exchange (IPPAEX).

Intequity is a new word meaning capital of ideas. The word formed when i combined the words "integrity" and "equity", as part of research about the development of ideas. The word was probably first used, with an ISSN/ISBN number, in the paper called Management Accounting of Intellectual Creations (Pienaar, 2012).

Currently ideas are common property in most countries, because of dominant utilitarian philosophy. Utilitarian country Constitutions, include the "human right" called "imparting of ideas". Religious convictions about origination of ideas were secularized with the "human right". An idea is metaphysical, therefore a patent, which represents something physical, cannot protect an idea. The idea of a bed, for example, cannot be patented. Only a physical bed can be patented. The utilitarian religious argument is; ideas originate from "God"; "He who is" completely metaphysical. Humans therefore cannot claim any rights to own ideas. One fact, which nullifies this conviction is the existence of pre-knowledge (Pienaar, p104). Most ideas cannot be formed without acquiring required pre-knowledge with studies, which takes much effort and often large study fees. Another argument favoring human rights for forming ideas is; difficult kept honesties cause creativity. New puzzles in minds are formed with true puzzle pieces in minds, which remembered lies, hinder. Some companies recognize the human origination of ideas with bonuses for good ideas, but it is not required by law in most or all countries. Law usually recognizes only rights to labour, based on time. Plato's Socrates said "gods and goddesses" are honest and have good ideas and are sacrificed. His view partly caused the Eucharist/Mass, according to which people with good ideas are isolated and often called crazy. Before the Eucharist/Mass the sacrificing of creative people were worse.

How do the above circumstances manifest in current capitalism? It is very difficult for people with good ideas to find capital to develop their ideas. Investors who supply equity capital, want certainty from official research by institutions, before investing. The human right called academic freedom, was included in Constitutions to give academics freedom to oppose the status quo. Professors however profess into the status quo and often do not respect academic freedom, partly because of the benefits, originating from isolation and exclusion of creative academics. I am not an academic anymore partly because my academic freedom was not respected by other academics and the highest courts of South Africa. Smile curve theory about profits, claims that currently, profits are high at research, low at production and high at marketing/selling of goods.

The result of the above is; usually, capital investment, if available, for the development of ideas by originators self, happens in the form of debt. Liquidation/sequestration is often the result, transfering manifestations of years' development work to lenders. Because of these circumstances against creative people, the following system, using intequity and cryptocurrency is in development by me, in Moiom Close Corporation t/a Africahead.

To comprehend how my experience and studies influenced the word intequity, Intequinism and IPPAEX, reading my book Intequinism is recommended.

Currently raising capital, for development, if a person is not a beneficiary of an "intelligence" system or part of a group, for example, the free masons, or a religious group, is problematic. Therefore IPPAEX formed, where cryptocurrency brand tokens can be listed, to raise development capital. Brand tokens are backed by 48% of brand value, which in the case of Africahead Ipparts (AFA) includes my copyrights, i ceded to Africahead. Africahead brand tokens and MYM do not represent equity, because brand tokens and MYM are not securities. Brand value is not included in equity unless a brand was purchased. Cryptocurrency tokens on IPPAEX are closely related to comprehension of how intequity works. Securities are represented by equity. Intequity venture capital, buying Africahead equity, can be repaid out of funds raised by Africahead Ipparts (AFA) brand tokens, fonetones (FON) brand tokens and MYM, the utility token of Africahead. Intequity capital however is not debt.

The word intequity is currently used at Africahead, which owns and develops IPPAEX, to describe a certain type of equity investment into Africahead. An intequity investment is repayable, but cannot be forced with liquidation/sequestration. Africahead may not borrow, because borrowing, could cause losing, innovative development work, to lenders (also creditors), due to the ruling utilitarian paradigm explained above. Instead of forming a lender/creditor balance in the financial records, intequity funding, which buys equity, forms an intequitor balance, which is also a credit. An intequitor (person who supplied intequity capital) may not liquidate/sequestrate Africahead, which received intequity funding. An intequitor receives equity in return for the supply of intequity capital. Relevant currently in Africahead, is about 60'000 USD value, i funded Africahead with, since 1999. The equity balance in the balance sheet is 100 ZAR and the intequity balance about 650'000 ZAR. Africahead has no debt and i also have no debt. I am the first and currently the only intequitor who funded Africahead and bought equity. The intequity amount becomes payable to me when a new intequitor funds development of ideas in Africahead. Currently i need the capital i invested in Africahead, for my living expenses, partly therefore i am looking for new intequitors. Another reason for finding new intequitors, is forming a group, which will benefit Africahead in networking. The next intequitor, who buys equity, will be 2nd in line to receive his venture funding back, after me. Intequity funding, buying equity, is in between equity and debt. For example, a 10'000 USD equity cash investment, buys 5% equity in Africahead, without a right to repayment. A 30'000 USD equity intequity investment also buys 5% equity in Africahead, and it will be repaid, but it is not debt. If repaid, 5% equity is kept. This is only an example, which is negotiable if an intequitor comes forward.

When deciding whether intequity is paid back out of Africahead, different factors must be considered, for example, how seriously an intequitor needs the money and how seriously Africahead needs the money. Currently i need my intequity investment back, for my living expenses, therefore it is serious. When an investor buys Africahead brand tokens or MYM (the utility token of IPPAEX), the investor can recoup his investment only by selling the tokens. Intequity funding, which bought equity in Africahead, can be repaid out of capital raised from other intequitors and from AFA and FON token sales by Africahead. If intequity, is repaid, an intequitor keeps part or all of the equity he purchased. A repayment of intequity, has the same nominal value than the original investment amount. Interest does not apply. The return on intequity must realize in capital appreciation of equity. As mentioned before, suppliers of intequity funding (intequitors) may never apply for sequestration/liquidation of Africahead, and Africahead may never borrow, because that would put intequitors at risk. Lenders would have been able to apply for liquidation/sequestration of Africahead, if a cash flow problem exists, as is currently the case, but lenders are not relevant. Borrowing is intentionally excluded from Africahead's business plan, due to the problems regarding development of ideas, mentioned in the background above. Intequitors are protected by the policy of Africahead, because i decided Africahead may not borrow. My decision must be included in intequitor agreements.

Buyers of Africahead brand tokens, MYM utility token or Africahead equity, do not carry the risk of liquidation/sequestration, usually relevant in business investing. More information on the Africahead website.